I see little hope for harmony in the upcoming Session of the General Assembly if we can’t at least agree that it’s valid to ask if someone who is under indictment for 32 felony counts involving abuse of his former elected law enforcement office should be able to retake that office while the charges are still pending.

From an article by Rhonda Cook at the AJC:

The state’s sheriffs want Gov. Nathan Deal to start the process that could lead to Victor Hill’s suspension moments after he takes office as Clayton County sheriff in little more than a month. But several legislators from Clayton say that request is premature and they want time for Hill to resolve the 32 felony charges against him.

Hill is to retake the office he lost in the 2008 election on Jan. 1. “We won’t take any official action until he is sworn,” Deal spokeswoman Stephanie Mayfield said in an email.

According to Georgia law concerning indicted elected officials, the governor is to name a committee — in this case two sheriffs and the attorney general — to recommend if Hill should be suspended while his case is pending.

Hill is charged with racketeering, using his county-owned cars and credit cards for personal trips and requiring member of his staff to work on his failed 2008 re-election campaign while they were supposed to be at their jobs.

Soon after he was indicted in January, Hill lost his state law enforcement certification, which means he cannot make arrests or serve warrants.

To remove Hill is “totally disrespectful to the voters of Clayton County,” said Sen. Valencia Seay, D-Riverdale. “Allow the judicial system to do what they do.”

Rep. Darryl Jordan, D-Riverdale, has drafted a letter asking the governor to leave Hill alone until the criminal case is resolved with a trial.

“It seems to me, governor, that when certain people can’t get their wishes at the voting booths, then they employ raw, unmitigated, egregious and flagrant attacks on the Voting Rights Act,” he wrote. “This is unconscionable. The people of Clayton County are tired of this shabby and condescending treatment from people who don’t even live here.”

With all due respect, Rep. Darryl Jordan is an idiot if he thinks this is a Voting Rights case.

Hill, you’ll recall, faces a couple dozen felony indictments for alleged misbehavior during his first stint as sheriff, which ended when voters booted him in 2008. Hill revived his law enforcement career by beating incumbent Kem Kimbrough in the Democratic primary this summer, and defeated a write-in candidate this month.

Once Hill takes his oath of office in January, Gov. Nathan Deal has the option of suspending Hill until his legal issues are resolved. The Georgia Sheriffs’ Association last week recommended the governor take that route, and even suggested a replacement.

Seay said the sheriff’s association had acted “prematurely,” and in “total disrespect to the voters in Clayton County.” 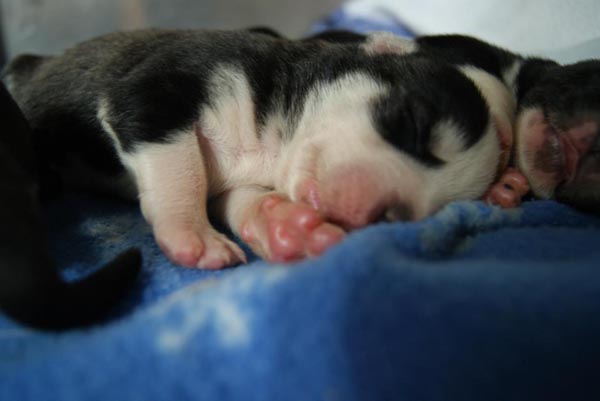 Weebles, a black lab, gave birth to 11 puppies in an animal shelter, then got sick and was unable to nurse them. Five puppies survived after Angels Among Us pulled Weebles and the puppies. The puppies aren’t ready for adoption yet, but the vet bills are causing a drain on the rescue’s money. Visit their website if you wish to donate online or to apply to foster or adopt a dog or cat.

You can also help Angels Among Us by voting for them in the Shelter Challenge, which is giving away grants ranging from $5000 to $1000 to winning shelter. To vote, hit the link and in the “Search and Vote for A Shelter” box, set the state to Georgia, hit search and wait for the results. When it shows the result, click vote, then you’ll have to fill out some letter to confirm your vote.. Then go to another computer and vote again and repeat every day through September 16th.

Justice Party Presidential Candidate Rocky Anderson qualified as a write-in candidate on the Georgia ballot, which means that he filled out some paperwork correctly and both of his write-in votes will be counted. Mickey Mouse failed to qualify as a write-in candidate, but will likely receive more write-ins. Seriously.

Attorney General Sam Olens has raised his profile in Georgia politics as the best conduit to a potential Romney administration.

Dalton native Andrea Saul serves as press secretary for the Romney campaign. Dalton is quite proud of her.