It’s worth a read and makes several good points.

Does a federal law that applies to some states but not to others, even to some counties but not to others, make constitutional sense? That’s the question the country has been debating, sometimes bitterly, across political, geographical and racial lines for almost half a century now.

The law in question is of course the 1965 Voting Rights Act, which made the most fundamental right of citizenship a reality for millions of Americans, mostly black and mostly in the South, to whom it had been long denied through the slimiest and most cynical kinds of political chicanery.

The heart of the Act is that specified regions with a documented history of voter discrimination must get federal approval for changes in election procedures, including reapportionment. Both Alabama and Georgia fall under its mandate,

The argument now is whether the law has outlived not just its usefulness, but also its essential fairness (if indeed it was technically and constitutionally “fair” in the first place). Although its most outspoken political foes now are Republicans, the Voting Rights Act was extended most recently in 2006 by a GOP-majority Congress and signed by President George W. Bush.

One of the arguments against the law is that it relies on cases and statistics that are literally decades old, and is based in many cases on circumstances that have long since changed or vanished. Though the U.S. Supreme Court sidestepped the issue in a 2009 Texas case, Chief Justice John Roberts noted that some areas still governed by the law have better minority registration and voter rates than some that aren’t.

For me the most compelling argument now against the law is not racial and social progress over the last 47 years (though that certainly shouldn’t be ignored), but the principle that a United States law should apply to all 50 of said United States, not just to nine or 12 or 15.

Of course, even as I write this, the very states in question lead the nation in secession petitions after the reelection of President Barack Obama. If there’s a legitimate case against the Voting Rights Act, some among us are spectacularly inept in pleading it. 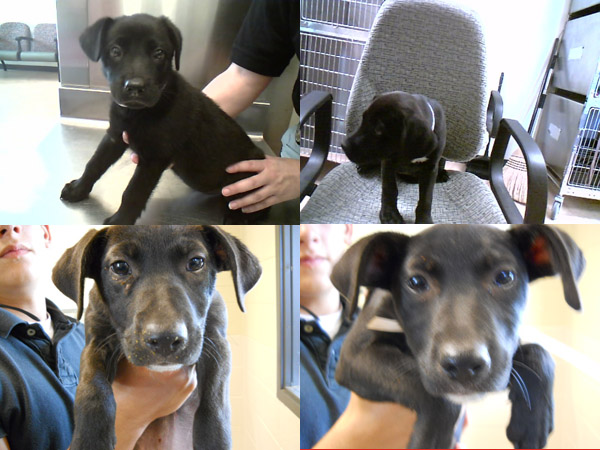 Today, we have four lab mix puppies from two different litters who are available for adoption from the Gwinnett County Animal Shelter. 25271 and 25352 (top row, l to r) are baby girls, while 25066 (lower left) is a girl and 25066 (lower right) is boy; I think that’s just kibble crumbs on 25066’s face. The Gwinnett Animal Shelter is closed on Mondays, but open Tuesday through Saturday from 8 AM to 4 PM and Sunday from noon to 4 PM and is located at 884 Winder Highway in Lawrenceville. 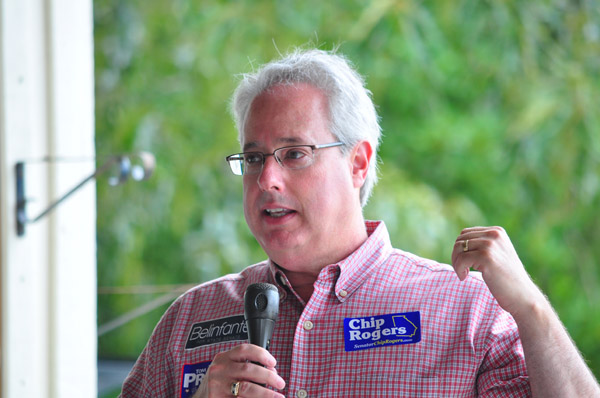 At yesterday’s Fulton County Republican Party Barbecue, Attorney General Sam Olens discussed the impending Obamacare decision by the United States Supreme Court that may be handed down today. Here’s a video shot while Sam was in Atlanta between court days during the appeal before the Supreme Court in which he discusses the lawsuit.

Olens makes three main points about the lawsuits. First, in terms of the structure of our government, “The case is about whether the court is going to view the Constitution the way the founders viewed it, which is that the federal government has limited, enumerated powers or whether Congress can pass whatever Congress wants.”

Second, there is not only the individual mandate at stake, but also the expansion of Medicaid. “We already know that (fewer) doctors will accept Medicaid. What happens when we have a 35 percent increase in the number of Georgians that are then on Medicaid?  It is an additional $2.5 billion cost (to Georgia) over the decade.”

Finally, the results will be more complex than a simple thumbs-up or thumbs-down. Either the individual mandate or the Medicaid expansion could be held unconstitutional, but the issue of severability will determine whether the rest of the Obamacare act is thrown out or retained.

I’ll be hanging out watching the live blog at Scotusblog by Scotusblog.com which many consider to be the definitive source for news of Supreme Court decisions.

I’m not sure what I think about Sam’s new NASCAR sponsorship look, but below is a banner from one of our sponsors, R. Thompson & Associates, LLC, who specialize in filing solutions for candidates and elected officials. Please tell them I sent you.

NPR ran a story this morning on Georgia’s cross-state lines insurance sales law, noting that no providers have applied to sell out-of-state insurance in Georgia. Sponsor State Rep. Matt Ramsey thinks that insurers are waiting until an Obamacare decision before making plans.

Friday evening, the Catholic Archdiocese of Atlanta held a nonpartisan “Stand Up” rally against Obamacare’s health care mandates as applied to religious institutions.

Also at the Fulton County GOP Barbecue yesterday, a straw poll was held on T-SPLOST. The results were 53 “No” votes, 7 “Yes” vote, 2 “Undecided” and 2 “Hell No!” That’s nearly an 8-to-1 advantage for opponents of the tax increase.

It claims violations of a federal law that requires absentee ballots to be sent to military and overseas residents at least 45 days before federal elections, including runoffs.

The letter threatens a lawsuit if the matter isn’t resolved quickly.

Secretary Kemp fired back in a statement sent out late Friday:

Representative Mike Jacobs, (R-Brookhaven) notes that the deadline to appeal your property tax assessment in Fulton County is June 28 and DeKalb County is July 13. While deadline may be different in other Counties, the write-up Jacobs has on how to appeal your property tax assessment is excellent and should be applicable everywhere.

Hall County is one of the last counties that still elect a County Surveyor; this year the only candidate for the unpaid job is Republican Jason Lourie.

Given the political climate at the time, it would have been hard for any law enforcement officer wearing a Klan robe and hood for any reason to not be making an overt political statement.

[I also want to note that it appeared at the time, and still does, that most of the people actively causing trouble in Forsyth County in 1987 were not from there. According to the U.S. Census, Forsyth County is estimated in 2011 to have had 175,511 residents, of whom approximately 4563, or 2.6% were black, and there racial tension doesn’t appear to be worse than anywhere else.]

Join the Gwinnett Republican Party on Monday, June 25th from 7-9:30 PM at the Gwinnett Justice and Administration Center auditorium for a free Judicial Forum. Candidates in each race will answer questions posed to them by former WGCL TV reporter Mike Moore. One suggestion if you’re attending: ask the candidate how long they wrote on their qualifying papers they have lived continuously in Gwinnett County. You’ll be shocked at one of the answers.

On Wednesday from 5 to 7 PM, State Rep. Mike Jacobs will hold a fundraiser at Uncle Julio’s Mexican Restaurant at Perimeter, 1140 Hammond Drive (at Peachtree Dunwoody) in Sandy Springs.

Chandler Massey, the son of former Georgia Secretary of State Lewis Massey and grandson of longtime poultry industry lobbyist Abit Massey, won a daytime Emmy award for his role on “Days of Our Lives.”

This weekend marked the 40th Anniversary of the release of the film “Deliverance,” which introduced North Georgia’s rivers to audiences nationwide. When rafting, remember to keep an ear out for banjos, and if you hear them, paddle faster.

Transformers lovers gathered in Savannah this weekend for a convention.