Via email from Kemp’s office: 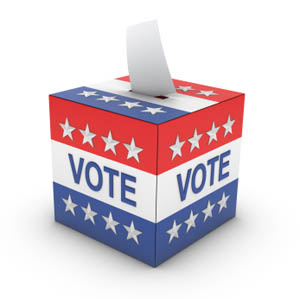 Assistant Attorney General Thomas Perez notified the State on June 15th that the Department of Justice (DOJ) had been authorized to file a lawsuit against the State of Georgia and Secretary of State Brian Kemp alleging violations of the Uniformed and Overseas Citizens Absentee Voting Act (UOCAVA) ballot delivery requirements. Specifically, the DOJ is alleging that the State of Georgia and the Secretary of State’s Office would be in violation of UOCAVA if there is a runoff in either the primary or general election.

Three days after sending notification of the DOJ’s authorization to sue the State of Georgia, the DOJ sent a proposed consent decree for the State to execute with the understanding that the DOJ would file the consent decree simultaneously with the DOJs lawsuit in federal court.

We are operating under the terms of an Memorandum of Understanding (MOU) entered between the State of Georgia and the DOJ in 2005.  The terms of that MOU with respect to ballot delivery for runoff elections track the General Assembly’s 2005 amendments to the Election Code.   In addition to remaining in compliance with UOCAVA, the Secretary of State’s Office has continuously taken additional steps to ensure our overseas and military citizens have the opportunity to vote in every election.

Our office is committed to safe and secure elections that every Georgia citizen, at home or abroad, has the opportunity to participate in.  For this reason, we will not enter into the proposed consent decree with the DOJ and we look forward to defending Georgia’s system.