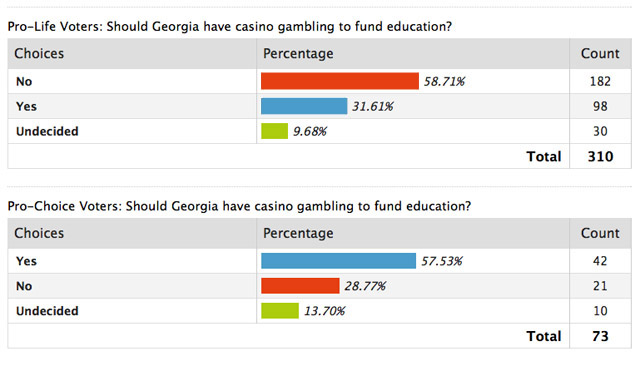 I wrote in this morning’s Georgia Politics email that

And here’s an insight from our survey of the statewide Republican Primary ballot questions.

Among self-described Pro-Lifers, allowing casino gambling in Georgia is favored by about 32% and opposed by nearly 59% of respondents.

I have noted that the Personhood Amendment is on this year’s GOP Primary ballot and Pro-Life organizations are working their supporters to maximize turnout. These results suggest that Pro-Lifers’ success in turning out their voters will impact the casino gambling question, and that describing oneself as Pro-Life is predictive of overall social conservatism.

Not exactly brain surgery, but that’s what I know today.