Will you vote for or against the Charter School Amendment?

Fill out my online form. 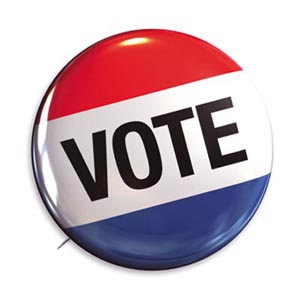 Todd Rehm, an Atlanta-based pollster and political consultant released the first public voter survey on the Charter School Amendment that will appear on the General Election ballot on November 6th, 2012.

The question, which uses the same language that will appear on the ballot, shows that 48.3% of likely General Election voters, defined as those who voted in the 2008 or 2010 General Elections, currently favor the measure.

While nearly a majority favor the measure, those who did not indicate they would vote for it are evenly split, with 26.2% saying they will vote against it, and 25.5% undecided.

“When you drill down into the results, two things become apparent,” said Rehm. “First is that the measure enjoys widespread support among most of the demographic categories we looked at. Second is that the only group among whom the measure doesn’t receive more support than opposition is voters who don’t identify with a political party, who are primarily undecided on the Charter School Amendment. But with Georgia’s electorate being highly partisan, there aren’t enough of these voters to make the difference on their own.”

Rehm noted that the ballot question is very generic and doesn’t give voters much to go on.

“If you don’t know about the Charter School Amendment before you look at the question, it’s hard to know what it’s intended to do or what effect it will have. That may make that the preamble to the question very important for the ultimate results.”

The survey was conducted on September 4, 2012 and includes 1331 respondents who answered all the questions. Respondents were drawn from people who voted in either the 2008 or 2010 General Election, with commercially-available phone matches appended. The margin of error is +/- 2.68 points at the 95% confidence level. The technology used was Interactive Voice Response, (IVR) which is commonly referred to as a “robopoll”.

Results of the survey may be downloaded here.

A statement of methodology is available here.