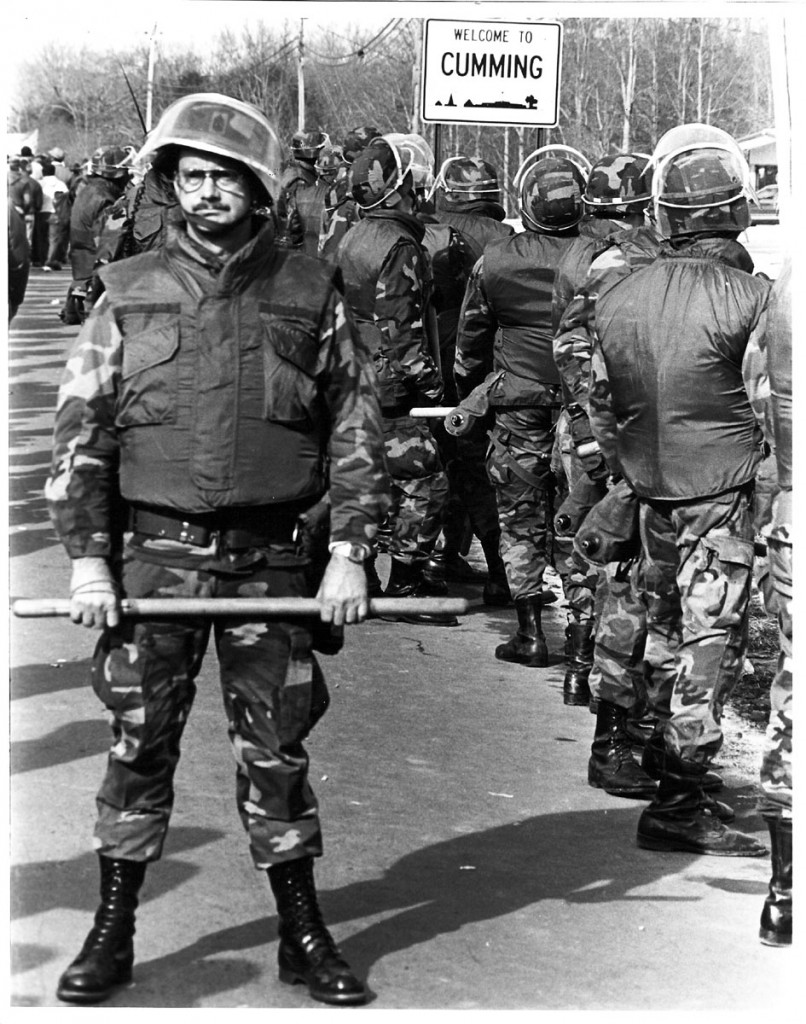 This is not Sheriff Garrison, and is from Jan. 24, 1987. Photo credit: Bob Ramsak / piran café www.pirancafe.com

Given that political climate at the time, it would have been hard for any law enforcement officer wearing a Klan robe and hood for any reason to not be making an overt political statement.

[I also want to note that it appeared at the time, and still does, that most of the people actively causing trouble in Forsyth County in 1987 were not from there. According to the U.S. Census, Forsyth County is estimated in 2011 to have had 175,511 residents, of whom approximately 4563, or 2.6% were black, and there racial tension doesn’t appear to be worse than anywhere else.]