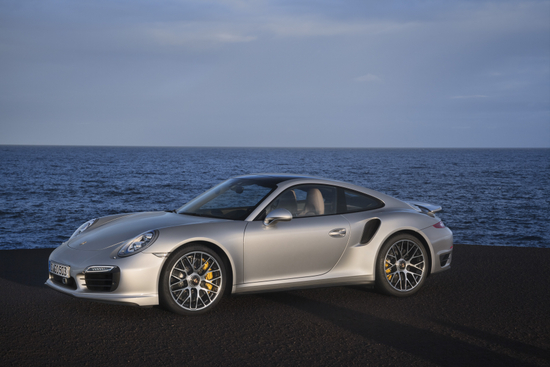 Atlanta. The Porsche model offensive in the anniversary year of the 911 is reaching new heights. Fifty years ago, the 911 made its debut at the Frankfurt International Auto Show – and just ten years later, the first 911 Turbo prototype was at the IAA. On this 40th anniversary of the 911 Turbo, Porsche is now presenting the new generation 911 Turbo and Turbo S – the technological and dynamic performance peak of the 911 series.

A new all-wheel-drive system, active rear axle steering, adaptive aerodynamics, full-LED headlights, and up to 560 hp from a flat six-cylinder engine with twin-turbochargers underscore the role of the new generation 911 Turbo as an ultra performance car, every day car, and technology flagship.Continue Reading..