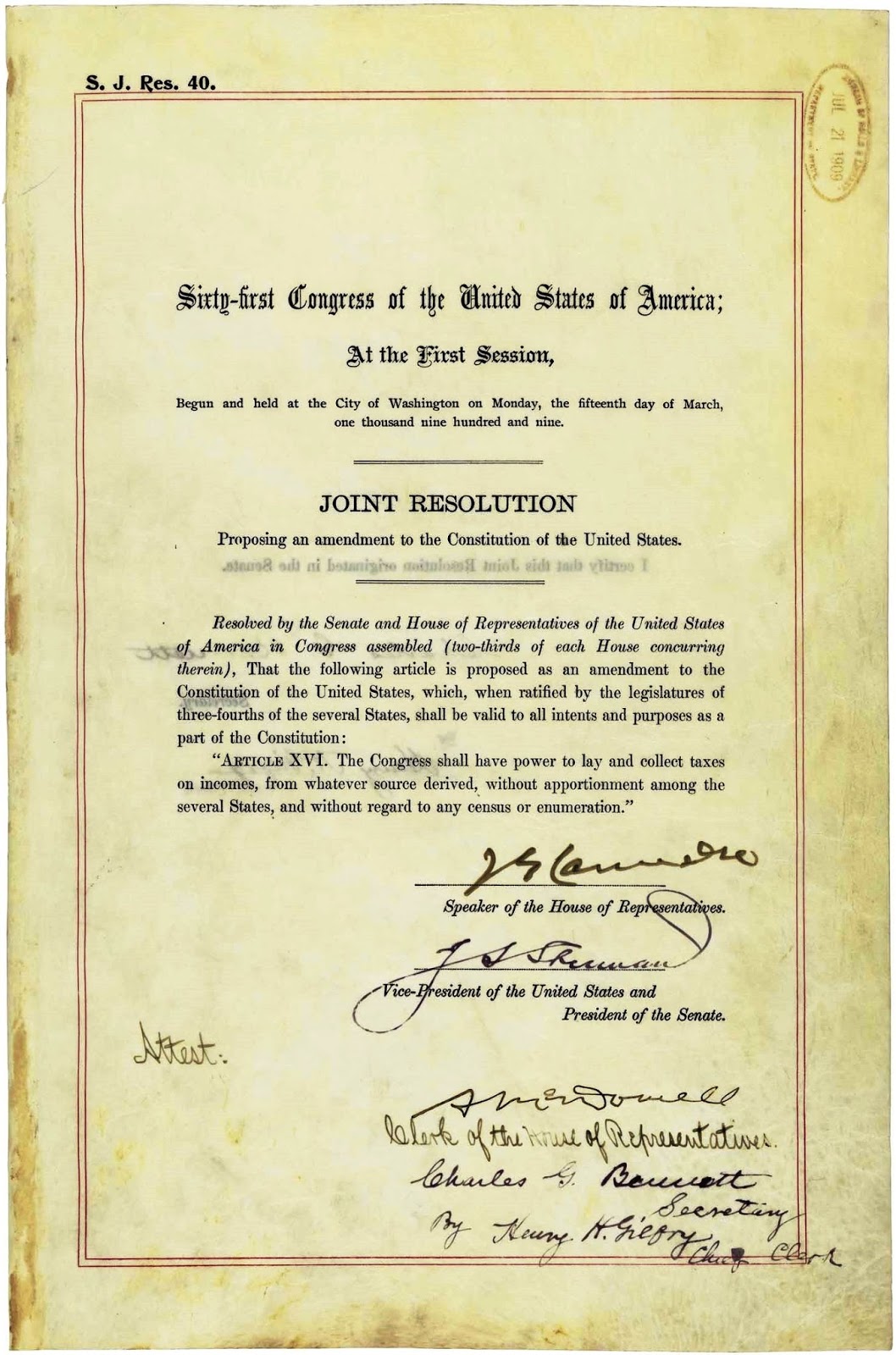 On August 3, 1910, Georgia became the ninth state to ratify the 16th Amendment to the United States Constitution, which allows Congress to levy a tax without apportioning it among the states.

Calvin Coolidge was sworn in as President on August 3, 1923 after Warren Harding died in office.

On August 3, 1982, Michael Hardwick was arrested, setting in motion the prosecution that would eventually lead to the United States Supreme Court in the case of Bowers v. Hardwick.

The World of Coca-Cola opened on August 3, 1990 between Underground Atlanta and the Georgia State Capitol.

Note: School zone speed cameras are back on as students return to school. From WTOC:

When [Chatham County] schools come back in session Wednesday, so do those speed cameras at Georgetown, May Howard and Marshpoint Elementary Schools, Coastal Middle school and St. Andrew’s School.

The speed cameras run an hour before and an hour after school.

[Chatham County Police Chief Jeff Hadley] says speed is not worth the risk.

“You’re literally saving about 15 to 20 seconds within two thirds of a mile. So folks, you don’t need to somewhere 15 seconds sooner. Save yourself a little bit of money. Slow it down. School’s going to start. There’s going to be an increase in traffic. There’s going to be kids on bikes. There will be kids walking,” Chatham County Police Chief Jeff Hadley said.

Prices on gas have been slowly going down over the last few weeks. AAA says the current average for gas across Georgia is $3.74 a gallon versus the national average of $4.18 a gallon.

Governor and First Lady Kemp announced a statewide campaign to encourage more foster families, according to a Press Release.

“My administration has taken great strides to support foster parents in the critically important mission of caring for Georgia children in need,” said Governor Brian Kemp. “Our state believes in protecting life at all stages, and we’re committed to achieving this goal. We hope this new campaign reaches more who are ready to answer this call.”

“Our state appreciates the generous families and individuals who have opened their homes to children in need,” said First Lady Marty Kemp. “Our hope is that this initiative will encourage more Georgians who are able to answer the call and provide kids in state custody the most valuable thing they could receive: a stable, caring place to grow and thrive.”

Working with Lexicon Strategies, state officials have already begun work on a rigorous approach to engage stakeholders, build a message that resonates with potential foster parents, and celebrate the victories – big and small – of foster parents across the state.

“We need more loving homes for our children and young adults in foster care, and we want to recognize the compassion and selflessness of the families who already serve the most vulnerable among us,” said DHS Commissioner Candice Broce. “Across the state, we are committed to our foster families and working to create more opportunities for our youth. This initiative is critically important to our child welfare system, and we appreciate the First Family’s unwavering partnership.”

For more information on how to become a foster parent in Georgia, visit fostergeorgia.com or call 1-877-423-4746.

“Brian Kemp is putting a dangerous agenda on guns ahead of Georgia’s economy and growing jobs,” Abrams said in the statement. “Once again, Georgians’ best interests are taking a backseat to Kemp’s political ambitions — and our state is forced to pay the price at a rate of $50 million lost from our economy.”

“Georgians deserve leadership that will work hard to fight rising crime rates and implement common sense gun safety proposals while protecting our state’s economic growth,” she added. “Kemp may only think about the needs of his right-wing base, but as governor, I will work hard to protect the lives and livelihoods of all Georgians.”

The Kemp campaign did not return Fox News Digital’s request for comment, however, a close ally to the governor pointed to growing suggestions that the festival was canceled due to low ticket sales rather than a reason pertaining to the state’s gun laws.

To see a great display of government efficiency, look no further than Cheshire Bridge Road, whose eponymous bridge has been lacking for more than a year. From the AJC:

Officials initially estimated the bridge would take a year or more to be rebuilt. The city now says it hopes to reopen the road by the end of October, nearly 15 months after the fire. The ordeal has caused frustration and confusion among the businesses, nearby residents and some Atlanta City Council members, who wonder why it took the city months to secure a contractor to rebuild the bridge.

Construction to rebuild the bridge began in the last month, but the two halves of Cheshire Bridge Road — normally a well-trafficked northeast Atlanta corridor — remain cut off from one another. It’s caused a headache for drivers. And small businesses say they have suffered.

Since the fire shut down the bridge, a 2- to 3-mile detour has forced drivers to go through Morningside or Lindbergh to get to the other side of Cheshire Bridge.

Scott Duke, the owner of Greek restaurant Taverna Plaka, estimated his sales have dropped about 40% in the last year.

Atlanta City Councilman Alex Wan, who represents the area, summed up the mood in the community as “general frustration, disappointment, not understanding why this has taken so long.”

Savannah Mayor Van Johnson rebuffed critics calling for an investigation into the police department, according to WSAV.

He said they have their facts wrong and should focus on the whole problem of local gun violence.

Johnson also addressed the local increase in COVID-19 cases as well, saying the city currently has 23 employees out sick with the virus. He’s encouraging more people to get vaccinated, and says while there’s no city mask mandate right now bringing it back is not off the table.

The purpose of the simulation was to ensure law enforcement agencies and city officials have plans in place to address any active shooter situation. Now, officials say they are confident they have a solid plan in place.

“It’s the kind of thing that you do hoping you’ll never need it. But in the event that you do, you want to make sure that you do it well,” said Mayor Skip Henderson.

“What we’ve got to do is make very quick decisions, we’ve got to work with our law enforcement folks to make sure that the parent’s are informed, that the public is informed so they know what’s going on and keep them from panicking,” said Mayor Henderson.

A tight labor market for law enforcement and a surge in the number of officers needed to staff schools are the primary reasons for the shortage, districts say.

Six school systems The Atlanta Journal-Constitution looked at were short 100 or so officers, and some districts have put more focus on high schools over other grades because of thin staffing numbers.

“Mayor and commissioners have absolutely nothing to do with any tax assessment that you may have received,” Mayor Lester Miller explained during Tuesday’s commission meeting. “Our job is to set the millage rate, which is actually the tax that’s associated with any properties that we have.”

Each summer, the county and school board set their own millage rates to help them pay the bills. Some homeowners are worried about how rising property values may impact them. Mayor Miller says they’re able to reduce the millage rate thanks to the OLOST.

The move leaves the total millage rate for the county government portion of property taxes at 14.71 mills with a general fund rate of 6.95 mills. The decision did not come without opposing thoughts from Commissioners Kirkland Carden, who voted against approval of the rate, and Ben Ku, who made the motion for keeping the rate the same.

Carden said the county had reserves to cover expenses and should roll the general fund rate back to 6.088 mills for this year alone and provide relief to taxpayers who have been hit by inflation. He read several letters he received from residents who said they are struggling financially.

“The most recent economic data shows that inflation is at a 40-year high, or hit a 40-year high in June of 2022, the cost of housing and the cost of living continues to rise in Gwinnett, putting pressure on family finances as wages have not met that rate of inflation,” he said. “While the Gwinnett County government portion is only part of the overall tax burden, I believe it is important that we do our part and do what we can to provide some form of economic relief for families.”

Ku said the county could not do that, though, and simultaneously increase funding for public safety, which is something some people had asked for.

The decision came a day after the commission held its third and final hearing on the proposed rate. The county had advertised keeping the rate the same as it was last year, which would have essentially constituted a tax increase since most property values increased this year.

Jackson County Sheriff Janis Mangum will not seek reelection in 2024, according to AccessWDUN.

First elected sheriff in 2012, Mangum said she is thankful to have won three elections and will continue to serve to the best of her ability over the next two years and five months.

“I have been so blessed,” Mangum said. “And I’m humbled to serve as sheriff in Jackson County and was blessed to be elected in 2012. And I’ve had a great, great journey.”

“I think sometimes you just feel like you know when it might be time to move on,” Mangum said. “And this week I’m turning 65. You know, I love what I do. And if you love your work, what you do, you don’t work really a day in your life. And I feel like I have had that. Now, I’ve had a rough year and a half. And I think the most detrimental thing I’ve had of course is losing Deputy Marshall. it’s been tough to try to recover from that. I think about her family, her children, every day, and her.”