On March 3, 1779, 238 years ago [] , the first major battle of the British Army’s push into the American South took place at Brier Creek at the old road between Savannah and Augusta. According to Battle and President of the Brier Creek Chapter of the Sons of the American Revolution Craig Wildi, the American loss resulted in the deaths of at least 200 patriots.

Studies done by Battle in conjunction with other professional organizations have uncovered evidence that some of Georgia’s soldiers who lost their lives in the fight for independence may still lie in graves at the battle site.

“This was the 16th bloodiest of all battle sites throughout the Revolutionary War,” Battle said. “We found so many artifacts under our original permit, Georgia DNR (Department of natural Resources) shut the study down.”

The land around the battle site is public, managed by Georgia DNR as part of the Tuckahoe Wildlife Management Area. The wildlife management area is about 15,000 acres. Battle and Wildi said they want 500-600 acres set aside to fully study the site, but said DNR hasn’t been willing to dedicate more than about five acres for site preservation and management.

Last year, the Sons of the American Revolution held a commemorative event to place flags in honor of those who died at the battlefield. Because the event was hosted by a non-profit organization, Wildi said Georgia DNR waived the requirements for certain liability insurance policies and other fees for group events. This year, he said they are requiring the group to pay for those requirements; payments the small non-profit says it can’t afford.

During the surveys for and original push for the Palmetto Pipeline, bulldozers and other equipment were brought onto the site to widen roads across it inside the wildlife management area. The proposed pipeline map originally had the right of way slated to cross the battlefield. While both said they were relieved the pipeline was stopped, they say other challenges remain in saving the site.

On March 2, 1807, the Congress passed legislation outlawing the importation of slaves from Africa or anywhere outside the United States.

In February 1819, Representative James Tallmadge of New York introduced a bill that would admit Missouri into the Union as a state where slavery was prohibited. At the time, there were 11 free states and 10 slave states. Southern congressmen feared that the entrance of Missouri as a free state would upset the balance of power between North and South, as the North far outdistanced the South in population, and thus, U.S. representatives. Opponents to the bill also questioned the congressional precedent of prohibiting the expansion of slavery into a territory where slave status was favored.

Even after Alabama was granted statehood in December 1819 with no prohibition on its practice of slavery, Congress remained deadlocked on the issue of Missouri. Finally, a compromise was reached. On March 3, 1820, Congress passed a bill granting Missouri statehood as a slave state under the condition that slavery was to be forever prohibited in the rest of the Louisiana Purchase north of the 36th parallel, which runs approximately along the southern border of Missouri. In addition, Maine, formerly part of Massachusetts, was admitted as a free state, thus preserving the balance between Northern and Southern senators.

The Missouri Compromise, although criticized by many on both sides of the slavery debate, succeeded in keeping the Union together for more than 30 years.

On March 2, 1836, Texas declared its independence from Mexico. 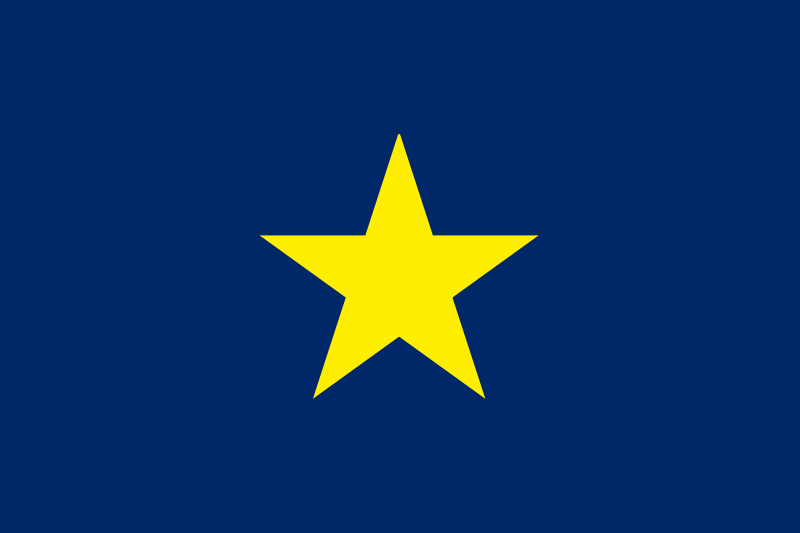 On March 3, 1845, Congress overrode a Presidential veto for the first time.

On March 2, 1874, Gov. Smith signed legislation allowing anyone fined for a criminal conviction to arrange for a third party to pay the fine in exchange for the convict’s labor.

On March 3, 1874, Governor Joseph Brown signed legislation permitting persons or companies to lease Georgia prisoners for terms from one to five years, with the Governor setting the rates.

The act required the humane treatment of convicts and limited them to a ten-hour work day, with Sunday off. Equally important, leases had to free the state from all costs associated with prisoner maintenance. Once all state convicts were leased, the law provided that all state penitentiary officers and employees be discharged.

Just think of how much progress Georgia has made with privatizing the justice system — now, instead of leasing convicts, we have private probation companies overseeing released prisoners.

On March 2, 1950, a groundbreaking ceremony was held for the beginning of construction of Buford Dam, which would create Lake Lanier.

President Lyndon B. Johnson attended ceremonies at Lockheed in Marietta for the first C-5A aircraft to come off the assembly line on March 2, 1968. President Johnson’s remarks can be read here.

One year ago today, the big story was that two coronavirus cases had been confirmed in Georgia, according to the AJC.

The current Adjournment Resolution governing the General Assembly is House Resolution 264 and takes us through Crossover Day and beyond!

SB 117 – Department of Human Services; offenses of improper sexual contact by employee or agent in the first and second degrees; revise (Substitute)(JUDY-49th)

SB 95 – State Government; conditions for meetings and public hearings to be held by teleconference in emergency conditions; provide (GvtO-47th)

SB 187 – HOPE Scholarship; procedure for students with disability as defined by the American with Disabilities Act to apply for a waiver; establish (H ED-37th)

SB 107 – Postsecondary Education Grants; waiver of tuition and all fees, for qualifying foster and adopted students by units of the University System of Georgia and the Technical College System of Georgia; provide (Substitute)(H ED-17th)

SB 66 – Georgia Foundation for Public Education; a nonprofit corporation created by the foundation to receive private donations to be used for grants to public schools; authorize (Substitute)(ED&Y-31st)

HB 248 – Motor vehicles; local governing body to apply for a permit to operate a traffic enforcement safety device which enforces the speed limit in a school zone by recorded image; authorize (PS&HS-Powell-32nd)

HB 470 – Property; no plans are required when units are not designated by physical structures; provide (Judy-Washburn-141st)

Georgia hit the 2 million vaccinations mark, according to a press release from Governor Brian Kemp:

“With one million doses administered in just twenty-five days, we continue to make significant progress in vaccinating more vulnerable Georgians” said Governor Kemp. “Over 830,000 seniors have received at least one shot, accounting for nearly sixty percent of Georgia’s over 65 population. With the recent approval of the Johnson & Johnson vaccine, and increased dose allocation from both Pfizer and Moderna, the state expects more vaccines will be available in the coming weeks.”

Former President Donald Trump regrets his endorsement of Brian Kemp for Governor in 2018, according to The Hill.

In an interview with the conservative news outlet Newsmax on Sunday, Trump took credit for pushing Kemp across the finish line in 2018 with his unexpected endorsement just days before Kemp was slated to face off against former Georgia Lt. Gov. Casey Cagle in a primary runoff.

“In the case of Gov. Kemp, he was in last place or just about in last place. I endorsed him, he ended up winning the election and he certainly was not very effective for the Republican Party, to put it nicely,” Trump said.

“So I think that was an endorsement that hurt us, but sometimes that will happen,” he added. ”You can’t pick 100 percent of the winners.”

The Washington Examiner writes that Herschel Walker might be the vehicle for vengeance by Trump.

[I]f Trump gets his way and his friend of 38-years, football great and 1982 University of Georgia Heisman Trophy winner Herschel Walker, enters the 2022 gubernatorial race, Kemp will be the former president’s top target.

“President Trump would look very favorably on a Herschel Walker run for governor of Georgia,” a Trump source told us, adding, “He really likes the idea.”

Walker is one of Trump’s oldest associates. Their friendship dates to 1983, when Trump signed him to his New Jersey Generals team, part of the short-lived United States Football League.

While he now lives near Dallas, who he played for in the NFL, Walker has a business in Georgia and maintains deep roots in the state that still adores him for his college exploits.

If Walker entered the race, Georgia would become the former president’s priority — and an easy ride from his Florida home.

Republican James Hall has been appointed to the Chatham County Board of Elections, according to the Savannah Morning News.

James Hall was sworn in on Monday by Chatham County Probate Court Judge Tom Bordeaux, according to a BOE press release.

Hall works as a claims analyst for The Eichholz Law Firm. He has lived in Chatham County for 12 years, and worked as a data analyst for Savannah-Chatham police.

“I’ve always felt like public service is in my blood. And I feel like this elections board position is something that is really where my niche is, where I can serve my community the best,” Hall said.

“I feel like I really have found my niche, and I’m in the best spot to serve right now,” Hall said.

Congratulations and condolences, my friend.

Savannah City Council passed a resolution asking the General Assembly to authorize a 2-percentage point hike in the hotel/motel tax, according to the Savannah Morning News.

Savannah City Council adopted a resolution to bump the levy from 6% to 8% during their meeting last week. The measure now goes to the Georgia General Assembly for consideration and approval.

The chairman of the local legislative delegation, Rep. Ron Stephens (R-Savannah), says he will support the issue so long as the increase does not go into effect before Jan. 1, 2022, giving Savannah’s tourism economy time to rebound from the COVID-19 pandemic.

The council resolution refines how revenues generated by the hotel/motel tax will be spent, with dollars designated for infrastructure projects across the city. Funds will go toward redevelopment of the waterfront; expansion of the Tide to Town urban trail network; renovation of the Historic Waterworks building near the new city arena; trails, sidewalks and other connections between the Historic District, westside neighborhoods and the new arena; museum development; a new water-access facility on Savannah’s southside; wayfinding signage; and West Bay Street gateway enhancements.

“We are the only city of the hub cities in Georgia that is under a lower category” in terms of hotel/motel tax races, Mayor Van Johnson told the council. “As a matter of fact there are cities like Vidalia and a variety of other cities that are in this same category. I believe 91 cities are in this higher category.”