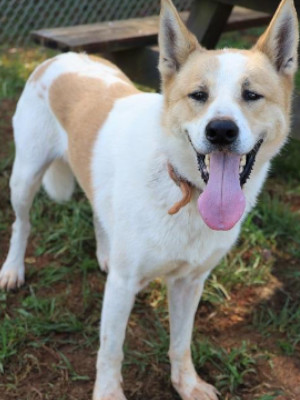 Mango is a male Shepherd dog mix who is available for adoption from Athens Canine Rescue in Athens, GA.

Introducing Mango! This big ole guy is around six years old and weighs around 70 pounds.

Mango is house trained and hasn’t had a single accident! He also doesn’t seem to mind the crate, especially when there is a piece of cheese involved. He’s now working on going into his crate without an incentive, but he’ll get there soon. He also knows how to sit! What a good boy.

Mango lives in a home with two smaller dogs, and he’s done well with them. He does, however, prefer to be slowly introduced to his new friends. He probably won’t be a good dog park dog because he needs time to get to know other dogs before he wants to be pals. That’s okay though, he’s still got so much love to give. As far as people go, Mango is a huge fan. He’s a tad shy, but generally is super happy to meet new friends. 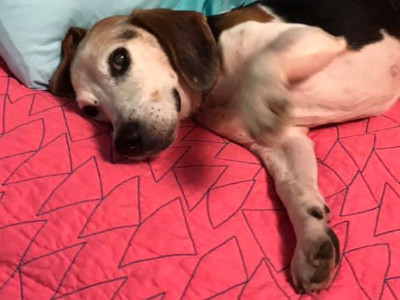 Todd is a senior male Beagle mix who is available for adoption from Athens Canine Rescue in Athens, GA.

Welcome Todd! This sweet old man is living the good life at 10 years old and just under 30 pounds. Todd has been around a while, so he knows exactly how to be a great companion. He is a very relaxed guy with plenty of affection to give.

Todd is housebroken and crate trained! He will gladly signal when he is ready to go outside by sitting and staring at his person until he is acknowledged. Not to worry if you don’t notice right away, though – if too much time goes by, he will whine to let you know he really wants to go outside now please. Although Todd is trained to hang out in his crate, he prefers to stay out with the other dogs and has been well-behaved in his foster home when he does. Todd knows “sit” and walks great on a leash – he just needs a front-clip harness to reduce pressure on his back. 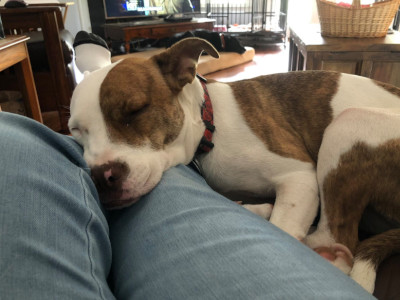 Rose is a young female Terrier mix who is available for adoption from Athens Canine Rescue in Athens, GA.

Introducing Rose! This precious girl has such a beautiful coat with cute spots of brown fur and is 45 pounds of four-year-old love!

Rose is already housebroken and crate-trained. She is able to sleep quietly through the night and keep her crate clean if she’s home alone. If she needs to head outside, she’ll signal to Foster Mom by pacing around by the poor or window. She will enter her crate on command, and after just a few minutes of protesting, she’ll settle in for a rest.