William the Conqueror, Duke of Normandy, invaded England on September 28, 1066.

Other sources say that the September 29, 1526 landing was in South Carolina and Vasquez de Ayllon established San Miguel de Gualdape on October 8, 1526. 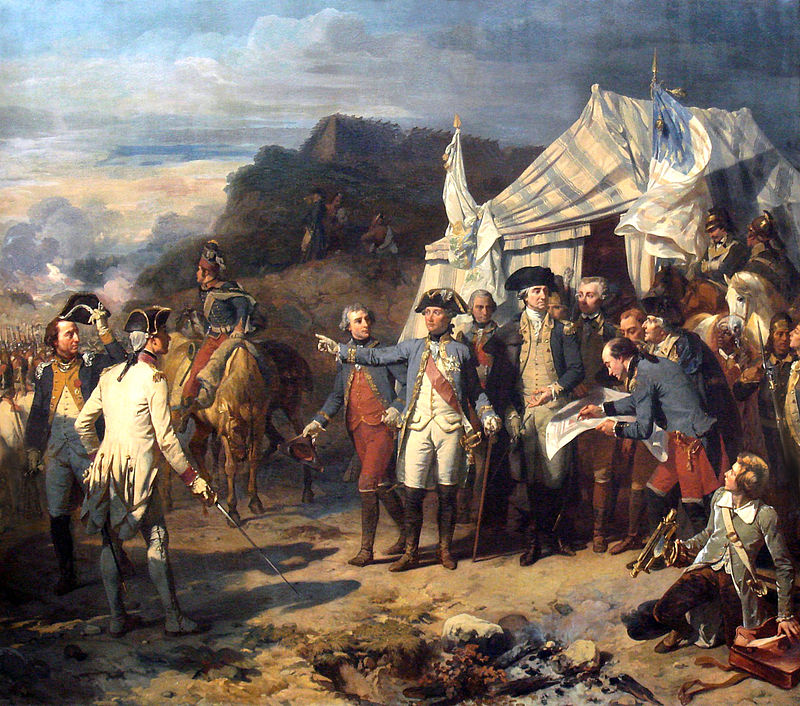 General George Washington led continental troops into the siege of British forces under General Cornwallis at Yorktown, Virginia on September 28, 1781.

On September 28, 1863, two Union generals lost their commands after the Confederates routed federal forces at the Battle of Chickamauga.

On the defensive in Georgia, President Donald Trump on Friday unveiled proposals in Atlanta that include promises to secure more lending for Black-owned businesses and a pledge to create a federal Juneteenth holiday commemorating the end of slavery.

Speaking to a cheering crowd of hundreds of Black Republicans, Trump spoke less about the individual policies and issued a broader challenge to Joe Biden’s supporters to question Democratic initiatives as polls show the two are locked in a tight race in Georgia.

The Trump campaign has focused intensely on Georgia, a state that’s crucial in his bid for reelection. Republicans have carried Georgia in every presidential election since 1996, but Biden’s campaign has forced Republicans to shift resources to the state.

And even as Trump prepared to speak at the Cobb Galleria Centre, the White House announced that Vice President Mike Pence would return to Georgia next week to headline a religious conference in another indication of the state’s battleground status.

[President Trump] credited U.S. Sen. David Perdue for persuading him to endorse Brian Kemp in the 2018 Republican runoff for governor against Casey Cagle. And he urged Republican rivals U.S. Sen. Kelly Loeffler and U.S. Rep. Doug Collins to stay in the free-for-all special election in November.

“I want to congratulate you both for fighting the good fight,” he said, adding that their intense competition will help drive turnout that could boost his campaign.

“Don’t anybody get out,” he said, turning to their conservative supporters. “The only thing I know for sure: They’re all going to vote for me.”

President Donald Trump talked about a plan that he says will help black communities bounce back economically from the COVID-19 pandemic during a visit to metro Atlanta on Friday afternoon.

The president laid out his plan to help Black communities — something he’s calling his “platinum plan.”

Friday morning, the White House announced Vice President Mike Pence will be in metro Atlanta next week campaigning for the president, showing once again that Georgia is a battleground state in 2020.

A pro-Trump flotilla launched on Georgia’s coast, according to The Brunswick News.

At least 300 boats sailed from Brunswick to Jekyll Island and St. Simons Saturday in the TrumPalooza, a rally to support the president’s re-election that included a parade of thundering motorcycles and thousands watching from the roadsides and shore.

People lined the waterfront under the bridge at Liberty Park and crowded onto the fishing pier that was once part of the old Sidney Lanier Bridge. They brought their dogs, their “Keep America Great” caps and waved American, Trump and blue line flags as they watched the boats assemble on both sides of the bridge.

Many wore red shirts. The better than 100 motorcyclists came in their usual black riding gear, but they used flags and other means to show they support Trump.

[Brunswick] Mayor Cornell Harvey welcomed the crowd, and urged them, “While you’re here, make sure you let somebody know you care… This is what America is all about.”

The crowd that had been chattering and waving flags fell silent as Tony Adams sang the “Star Spangled Banner.” Men put their “Trump” and “Keep America Great” flags over their hearts and if anyone took a knee, it was in secret. As soon as Adams hit the last note, the crowd cheered and applauded, boat horns and a train horn sounded and the motorcycles thundered to life.

President Trump‘s nomination of Judge Amy Coney Barrett to the United States Supreme Court highlights the importance of Georgia’s senate seats, according to the Capitol Beat News Service via the Savannah Morning News.

Sen. Kelly Loeffler, the Atlanta businesswoman appointed to hold retired Sen. Johnny Isakson’s seat until the Nov. 3 special election, released an ad Friday claiming she was “the first senator in America” to back President Donald Trump’s push to nominate a new justice ahead of the upcoming election.

“Our nation desperately needs another pro-life justice who will uphold the Constitution and defend conservative values,” Loeffler said.

The ad also takes aim at her Democratic competitor, Rev. Raphael Warnock, who has signaled he would vote against Trump’s nominee if he were to win the election outright on Nov. 3 – a tall order given the 50% vote threshold any of the 21 candidates in the race will need to cross.

Loeffler, the first U.S. senator to call for a vote to fill the seat before Election Day, said in an interview that lawmakers must demonstrate they will “keep the process moving along and that it wouldn’t be tied up in politics.”

“It’s about upholding our constitutional duty and making sure that the American people have a full Supreme Court,” said Loeffler, who also aired a TV ad this week seeking to appeal to conservative voters over the vacancy.

Perdue said his decision to back an election-year vote on Barrett was “no flip-flop” because in 2016 the White House was held by Democrats and the Senate was controlled by Republicans. This year, Republicans have a 53-47 edge in the chamber and Trump as president.

“I’m doing it because I think it’s the right thing to do,” he said. “I think the people of Georgia want this done. They want somebody to uphold the Constitution, not have an activist in there.”

President Trump also campaigned in Jacksonville, where the media market extends into Georgia.

Leroy Mobley, 72, of Jacksonville and Sarah Warehime, 36, of Savannah said the rally was the first time they’d heard a presidential candidate speak in person.

“None of them have been worth looking at before,” Mobley said. Mobley, who said he was a Vietnam veteran, said he agreed with president’s rhetoric about staying out of foreign wars.

He and Warehime also were impressed with Trump’s emphasis on Christianity, the military and veterans.

“We didn’t have God when we had Obama,” Warehime said. She said she was inspired by Trump’s closing to his speech, when he said, “we will live by the timeless words of our national motto, ‘In God we trust.’”

Absentee voters will have new tools to track their ballots, according to the Albany Herald.

Secretary of State Brad Raffensperger is launching a quick and convenient system that voters can use to track absentee ballots and get updates on the status of the ballots. Once voters sign up on the new BallotTrax system, they’ll get either email or text message alerts on the status of their ballots.

Pre-election testing of the new voting system turned up the kind of problems the testing was designed to uncover, according to the AJC.

Former President Barack Obama endorsed Raphael Warnock in the election for the Senate seat held by Sen. Kelly Loeffler, according to the Macon Telegraph.

Obama endorsed the Rev. Raphael Warnock, who is fighting for the Sen. Kelly Loeffler’ seat against her and 18 other candidates. Prominent Democrats have asked one of his Democrat opponents, Matt Lieberman, to clear the way for a potential Warnock win, including former candidate for Georgia governor Stacey Abrams.

“We need Matt Lieberman to understand he’s not called for this moment,” Abrams said, according to the Atlanta Journal-Constitution. “Dropping out of the race is not a possibility. But we’re asking for people to consolidate their support around Raphael Warnock.”

The special election has 20 candidates on the ballot with four candidates leading in the polls: Loeffler, Collins, Warnock and Lieberman. If no candidate receives 50% of the vote in the November election, a runoff election will be held for the two candidates with the most votes on Jan. 5.

University of Georgia economist Jeff Humphreys spoke about Georgia’s economic recovery during the pandemic, according to the Athens Banner Herald.

Georgia’s job numbers are still significantly down from a year ago, but the state has now recovered about half the jobs that vanished with the COVID-19 shutdown this spring, according to University of Georgia economic forecaster Jeff Humphreys.

“I’m impressed. I did not expect the recovery to be that strong,” said Humphreys, director of the Simon S. Selig, Jr. Center for Economic Growth in UGA’s Terry College of Business.

The economic recovery is now slowing, however, Humphreys said.

“I think that strong bounce is behind us and now it will be a slog,” he said.

Like others, Humphreys expects COVID-19 to surge again this fall and winter as cold temperatures force people indoors.

“It would just be devastating to shut down again,” however, he said.