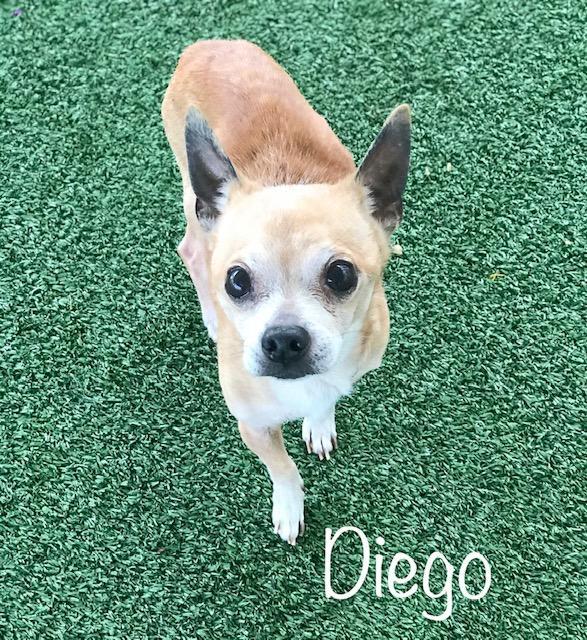 Diego is a 13-year old male Chihuahua mix who weighs 7 pounds and is available for adoption from the Cobb County Animal Shelter in Marietta, GA.

Say hello to the adorable and sweet little old man Diego. Diego was brought to the shelter as an owner turn in because the family lost their home and had no place for him to go. He spends most of his time sleeping on his soft blanket in the shelter. He loves to be held and is tiny enough to fit almost anywhere.

The owner states he is housebroken and good with children. 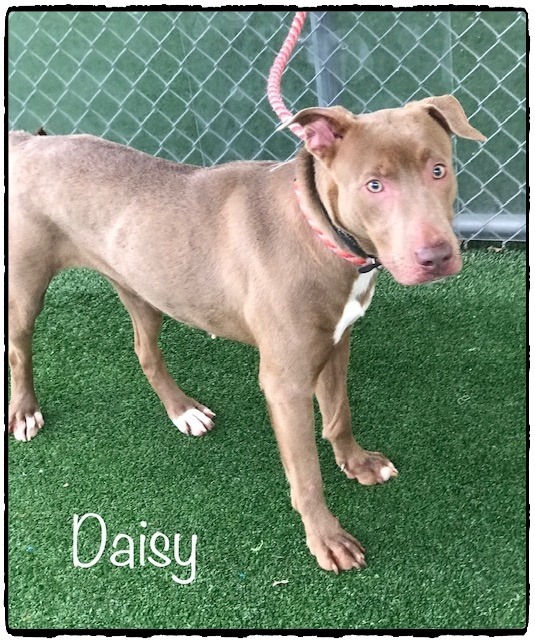 Daisy is an 18-month old, 56-pound  female Labrador Retriever mix puppy who is available for adoption from the Cobb County Animal Shelter in Marietta, GA.

Daisy and Sparky are sweet as can be. These puppies have some pent up energy from being confined at the shelter. These cute babies are very treat motivated. Daisy, featured here, is one and a half years old and 56 pounds. They were surrendered to the shelter by their owner on March 2nd. 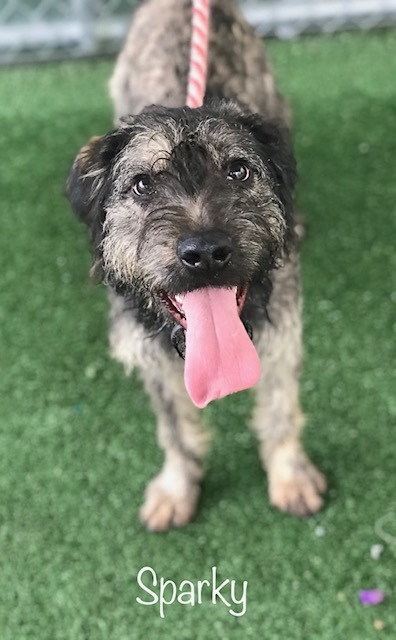 Sparky is a 6-month old female Schnoodle (Schnauzer and Poodle) mix puppy who weighs 48 pounds and is available for adoption from the Cobb County Animal Shelter in Marietta, GA.