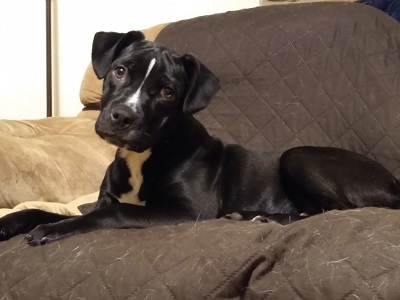 Harrison is a young male Labrador Retriever and Boxer mix puppy who is available for adoption from Athens Canine Rescue in Athens, GA.

Harrison lives with other dogs in his current foster home and does well with them! He loves all dogs and ends up very playful! He also is good with cats – with his most evident emotion being confusion, given that they’re just like teeny, more flexible dogs! 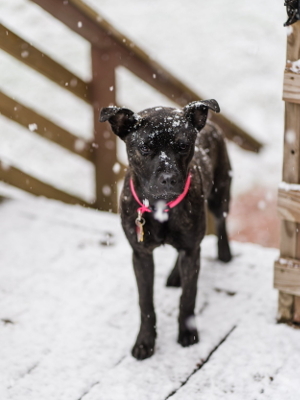 Emma is a young female American Staffordshire Terrier mix puppy who is available for adoption from Athens Canine Rescue in Athens, GA.

This brindle beauty is about five months old and weighs 25 pounds! Emma is still growing and our vets estimate she’ll top out around 35 pounds, but that’s just an estimate

Emma is currently working on housetraining. She keeps her crate clean and sleeps through the night. She doesn’t have a “signal” to let foster parents know she needs to go outside, but when she starts to sniff, they know she’s gotta go! We’re currently working on making leashes less scary, but Emma is a brave girl and making amazing progress! She is crate-trained, but still likes to be lured in with a treat.

Emma currently lives with two foster dog siblings who are teaching her all about how fun life can be. 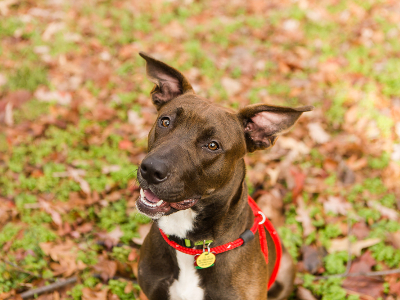 Regina is a young female Labrador Retriever and Terrier mix who is available for adoption from Athens Canine Rescue in Athens, GA.

“Regina” means “queen” and this ‘chocolate + a touch of cream’ beauty is certainly a queen! Lovingly referred to as “Regina Bean”, this gal is 1.5 years old and 55 pounds of fun. All she wants is a family to cuddle up with …and maybe a few belly rubs.

Regina is housebroken and is SO much better at calming down about her crate! She is on a schedule, which is helping her learn these skills faster and she is making GREAT strides!

An Oconee County veteran is searching for his lost service dog, according to the Athens Banner Herald.

A U.S. Army veteran has been diligently searching for his missing dog for a month, visiting animal shelters, combing the woods, posting on social media and publicly asking for help.

Ranger disappeared on Jan. 12 after Berrien let the dog out of his house in Oconee County.

Berrien, who has owned Ranger for slightly over two years, acquired his dog when it was eight weeks old. He then sent Ranger off for a month of companion training to help people with post-traumatic stress disorder (PTSD).

“I’ve been to shelters all over the state – hours away looking for him,” he said. “I’m on every German Shepherd page you can think of and all the missing pet alert pages. I’ve had hundreds of people reach out to me and say they are sharing the posts, but there’s been no sign whatsoever.”

Ranger was microchipped, but so far no one has brought in a dog that a scan showed was Ranger, he said.

“People specializing in German Shepherds have reached out to me and explained his markings and how unique they are,” he said.

The former soldier said the past month “has been pretty hard.”