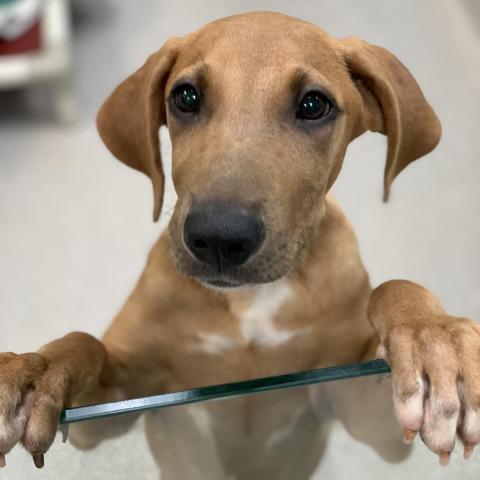 Sammy is a young male mixed breed dog who is available for adoption from PAWS Humane in Columbus, GA. 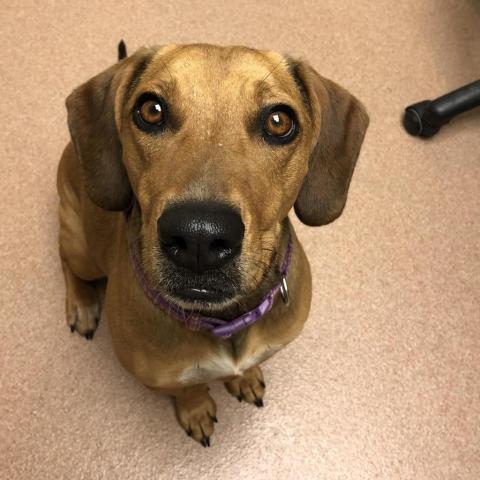 Taffy is a female mixed breed dog who is available for adoption from PAWS Humane in Columbus, GA.

Taffy girl was adopted from PAWS as a tiny pup 2 years ago. Her owners had to recently return her due to their declining health. Taffy is still a pup in some ways. She likes to chew, so toys are friend when she has to be left alone. Squeaky toys are her favorite. She has a lot of playful energy, so an active family is ideal. Her previous owners told us that she likes other dogs, cats and children. They described her as loving, a good traveler and a people pleaser.

She is still working on potty training, and will once in a while make a bathroom mistake overnight. She does pace the floor or go to the door when she has to go outside. She is used to free roaming in the home during the day but is confined to a room when left alone. She loves outside play time, going for walks and traveling in the car. She is a night time cuddler and very affectionate. They began to teach her the following commands: sit, lay, stop, drop it, get it & take a nap (means to get in your bed). This girl has been spayed, microchipped and is up to date on vaccines. 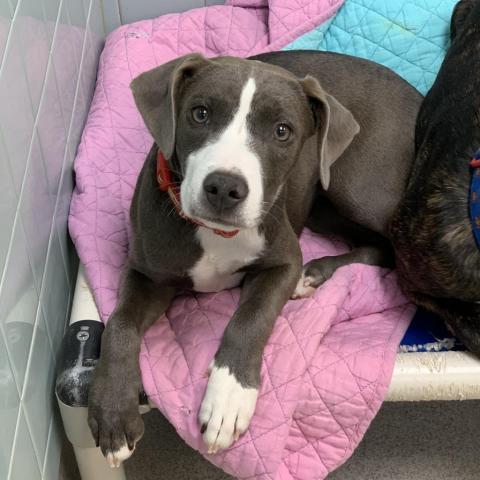 Stormi is a young female mixed breed dog who is available for adoption from PAWS Humane in Columbus, GA.