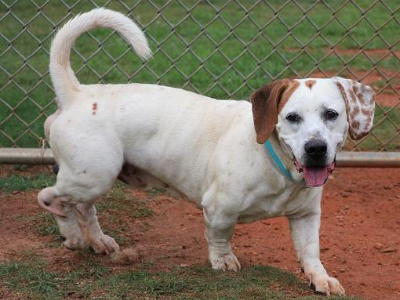 Alan is a senior male Basset Hound who is available for adoption from Athens Canine Rescue in Athens, GA.

Meet Alan! Alan is an 8-9 year old basset hound-american bulldog mix who weighs 45 lbs. Like a typical basset, he’s low energy, loves to use his nose, and enjoys taking his time to enjoy life.

They say you can’t teach an old dog new tricks, but Alan would beg to differ. He lived most of his life as an outside dog, and used to mark when indoors. After a little extra training and being neutered, Alan has learned that it’s only okay to go potty outdoors. He signals by going to the front door, and still enjoys relaxing outside. Alan has also mastered kennel training; he will go into his kennel on command – no treat needed, but he does appreciate getting one! He’s good about being kenneled when Foster Mom is home but protests when left by himself.

Alan gets along really well with other dogs, and enjoys the occasional game of chase with them! He lives in a feline-friendly home, and mostly ignores that they’re there. 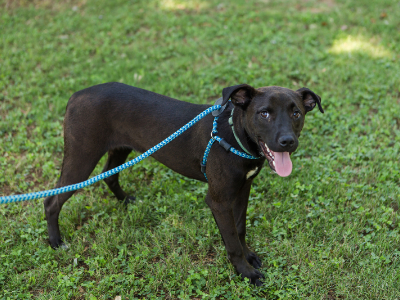 Hayley is a young female Labrador Retriever mix puppy who is available for adoption from Athens Canine Rescue in Athens, GA.

Welcome Hayley! Hayley is the pup that everyone wants. She’s a great size at 28 lbs and 8 months old. She’s got a low-key demeanor, loves to snuggle, and loves playing with other dogs!

Hayley is potty trained and kennel trained! She hasn’t had any accidents in the home, and keeps her kennel clean while in it. Hayley already goes into her kennel on her own, and doesn’t even need the encouragement of food to go in there! She stays mostly quiet while in the home – except for the occasional bark to let Foster Mom know that there is someone at the door. Hayley is working on building up her confidence, and Foster Mom is starting to teach some general commands to Hayley.

Hayley is good with other dogs! She is especially playful with Foster Mom’s smaller dogs. Hayley can be initially shy when meeting new dogs and people, but warms up quickly. Hayley was able to hang out with some children at a recent adoption event, and stayed calm and well-behaved while hanging out with them. 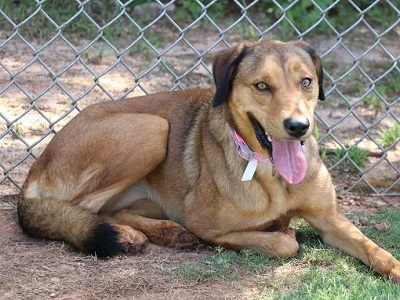 Kara is a female Hound and German Shepherd mix who is available for adoption from Athens Canine Rescue in Athens, GA.

Welcome Kara! Kara is out of the puppy stage of life but still young at 3 years old and weighing just under 50lbs. Kara must be in a feline free home, but she is doing great with her new doggy foster-siblings.

Looking for a dog that is already kennel trained and housebroken? Kara has both of those down, and will even go into her kennel on command. However, Foster Mom has left Kara out of her kennel a few times while she was gone, and Kara was well behaved the entire time. Kara has very good house manners, and is very respectful of those around her.

Kara is canine-friendly! She is a little shy with new dogs, but she warms up to them once she realizes the other dogs want to be friends. Kara is wary of new people and kids, but once you’re part of her pack she loves to hang out and get attention from you! She especially loves playing ball with her person, and after that or a short walk Kara will be content to lounge around the rest of the day.