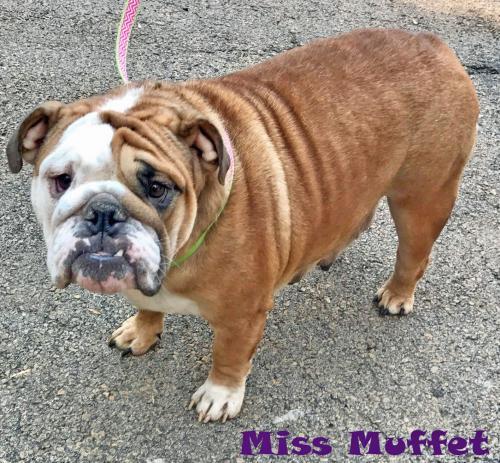 Miss Muffett is an adult female English Bulldog who is available for adoption from Pregnant Dog Rescue, Inc. in Griffin, GA.

Miss Muffet is a 4 yr old English Bulldog who weighs about 50 lbs. We rescued her from a breeder and she is ready to live her life with a family! This girl is laid back, easy going and never makes a peep. She is great with all people and older kids. She prefers a home with no other dogs. Not sure about cats. Miss Muffet has been spayed and fully vetted. 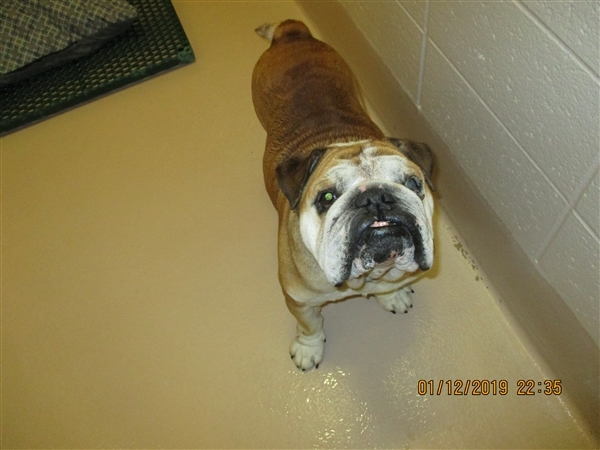 Pen 179 is an adult male English Bulldog who is available for adoption from the Gwinnett County Animal Shelter in Lawrenceville, GA. 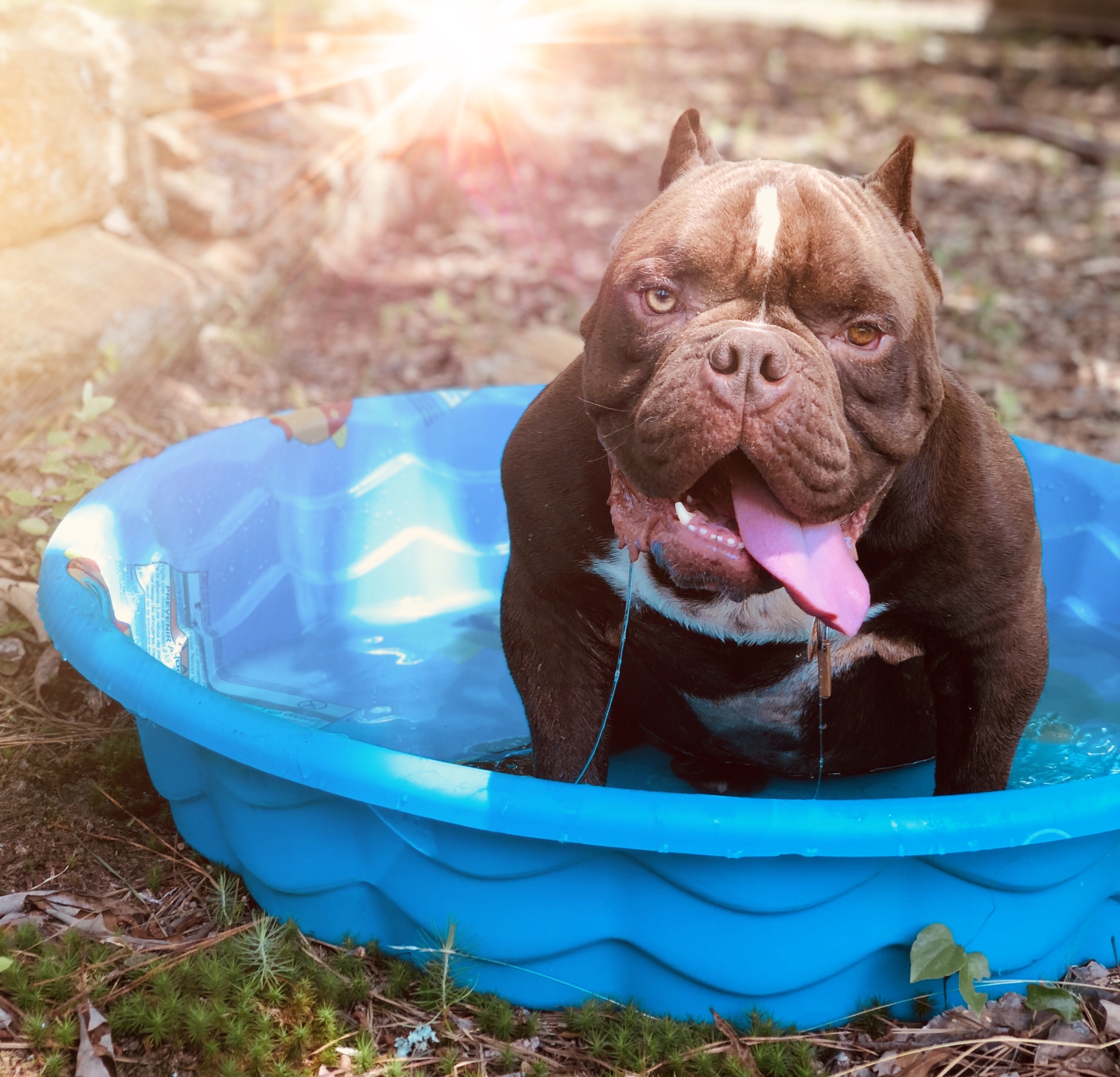 Bruno is an adult male English Bulldog and Pit Bull Terrier mix who is available for adoption from Hickory Level Hound Rescue in Carrollton, GA.

Bruno is a 3 year old neutered male chocolate English bulldog mix. He weighs about 50lbs. Bruno is a goofy guy who loves everyone he meets. He loves to play with toys, but needs big ones like jolly balls. He has demodectic mange which is non contagious. He needs a monthly nexguard to keep it under control. He needs a home by himself or with one other large dog. He hasn’t met a dog he doesn’t like but he needs all your love and attention and prefers to spend it with you. Bruno has loads of energy but also tires quickly. He needs someone active to keep up with him. Bruno is the happiest guy you’ll meet and loves to slobber and give kisses!