Statesboro Police Department has the cutest new recruit – a Bloodhound puppy has joined the force, according to the Statesboro Herald.

Local dog trainer and breeder Michael Duncan, a former law enforcement officer, donated the pup to the Statesboro Police Department because “they didn’t have a dog just for tracking,” he said. “I live in this town, and I hope to one day see a headline that Red’s pup helped find a missing child or someone who wandered away from a nursing home.”

The pup isn’t just an everyday bloodhound. His sire is K9 Red, Duncan’s personal tracking dog that has become a local celebrity. Red has an impressive record when it comes to tracking people, and several regional law enforcement and other agencies across the Southeast contract Red and Duncan on a regular basis to help find lost children, missing persons or fugitives from the law.

“Over the last couple of weeks, meetings and conversations have taken place with Chief Mike Broadhead and Deputy Chief Rob Bryan of the Statesboro Police Department. During these meetings, I decided to donate and train a bloodhound puppy from K9 Red’s recent litter,” Duncan said. “This will be the first bloodhound for the Statesboro Police Department and its duties will be single- purpose tracking of criminals, missing children and elderly subjects that are lost.”

The department is taking suggestions from the public via its Facebook page on what to name the little fellow, and three of the top names will be submitted for a final public vote, he said. 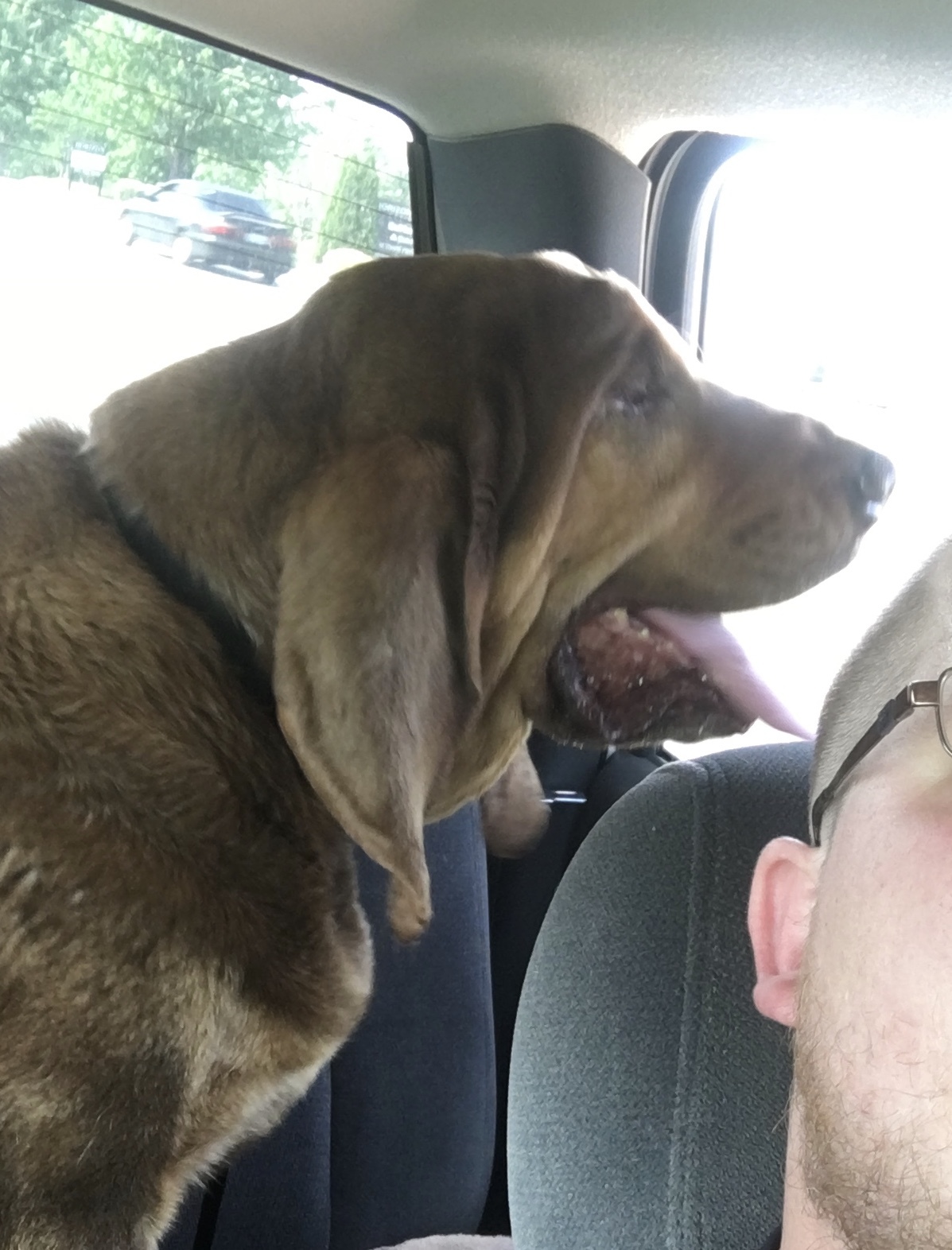 Bear is a 5-year old, 130-pound male Bloodhound who is available for adoption from Southeast Bloodhound Rescue in Carrollton, GA. 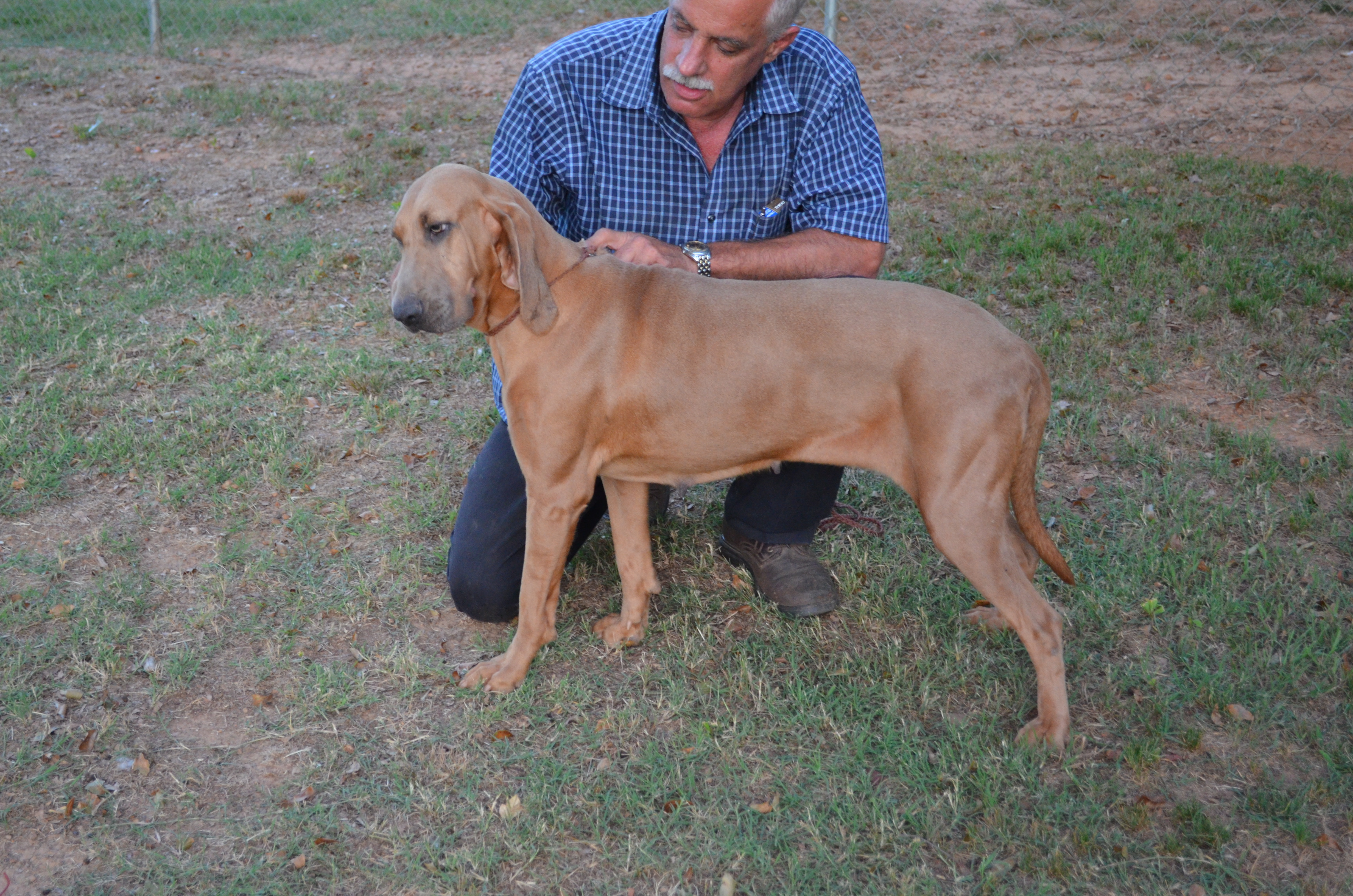 Nell is a senior female Bloodhound who is available for adoption from Southeast Bloodhound Rescue in Carrollton, GA. 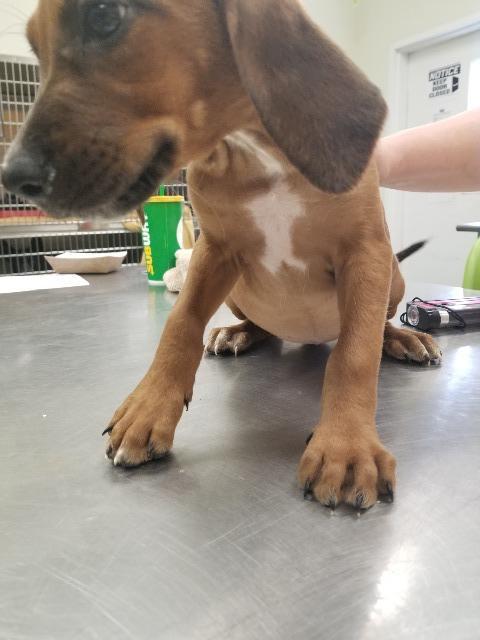 Renee is a female Catahould Leopard Dog and Bloodhound mix puppy who is available for adoption from Madison Oglethorpe Animal Shelter in Danielsville, GA.