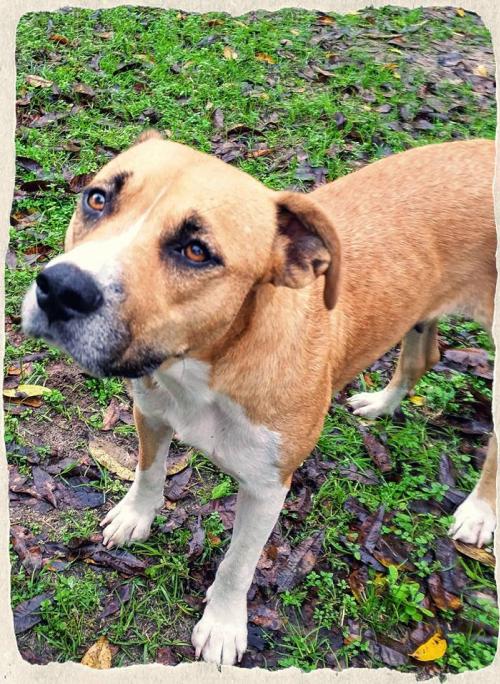 Betty is a young female Labrador Retriever and German Shepherd mix who is available for adoption from Old Fella Burke County Animal Rescue in Waynesboro, GA.

Betty was rescued by law enforcement in rural Georgia after she and her two puppies were found subsisting in criminal conditions. Her puppies have been adopted but Betty waits. Despite the treatment she received at the hands of humans, she is incredibly gentle and loving. She is great with people, kids and other dogs. When she was rescued, she had heart worms and has since been treated. Betty is a survivor and she deserves to survive even longer – in the loving arms of a good, compassionate person of her very own. 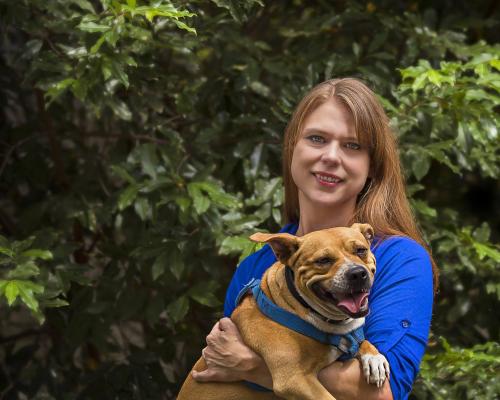 Patsy is a young female American Bulldog mix who is available for adoption from Old Fella Burke County Animal Rescue in Waynesboro, GA.

Patsy is a deserving young female American Bulldog mix. She was the victim of criminal neglect for the first 8 months of her life. Law enforcement rescued her and charged her owner. She came into foster the summer of 2015 where she lives with other dogs. She is shy at first, but once she warms up, she is gregarious.

Patsy has also been working with a professional behaviorist to help her learn to trust human beings. Her capacity for love is enormous. She is a goofball, wanting nothing more than to plop her bowling ball body down into your lap or to wiggle her butt around town on leash. She loves to walk. She is a survivor and she deserves happily every after. 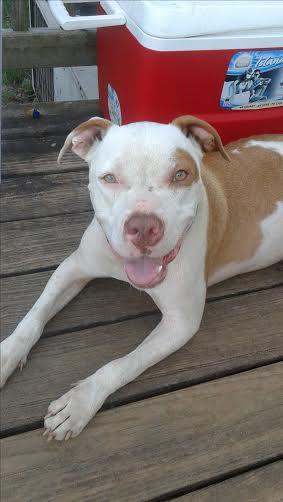 Cody is a young male Pit Bull Terrier and Hound mix who is available for adoption from Old Fella Burke County Animal Rescue in Waynesboro, GA.

Cody is a very sweet young boy who was recently found at a dumpster in Burke County, Ga. He was easily rescued and has been a most grateful dog. Cody gets along with young kids and loves to be a couch pup. He is just the sweetest and would make a wonderful attention to any family.