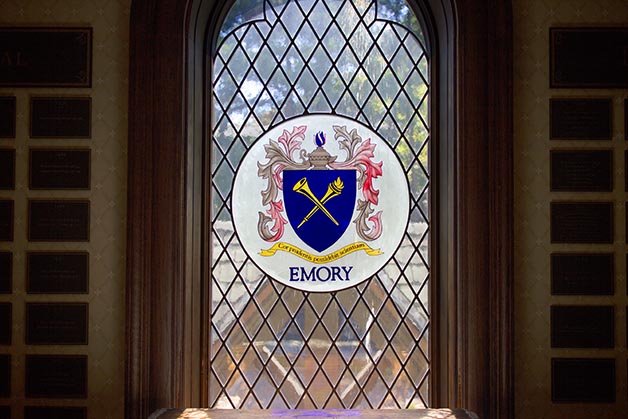 On January 25, 1915, a charter was issued in DeKalb County Superior Court to Emory University.

On January 25, 1943, Georgia Gov. Ellis Arnall signed legislation eliminating the governor as an ex officio member of the State Board of Education, State Board of Regents, Department of Public Safety, and State Housing Authority, as part of a proposal to reduce the Governor’s power over education.

Governor Nathan Deal will visit parts of South Georgia that were recently hit by tornados. Joining him will be local legislators and state emergency response leaders. The trip will include an aerial tour of Albany and driving tour of Cook County.

Albany-area first responders have been working constantly in the aftermath of two different tornado-strikes within weeks.

Workers should get food and water, and rest. Hubbard thanked County Commission Chairman Chris Cohilas for his great leadership.

Cohilas gave a long list of people and agencies he wanted to thank, especially rescue workers and first responders, who have worked 20 hour days for 22 days, since the January 2 storm that blasted the city.

“I’ve been the state insurance commissioner for six years and I’ve seen storm damage from hurricanes, tropical storms and tornadoes before, but I have never see the utter devastation like I saw in Southwest Georgia today,” Hudgens said. It looked like a bomb went off. The funny thing is you would see a house blown apart yet a house 100 yards away may have just lost a few shingles.”

Hudgens began his trip in Adel earlier Tuesday and wrapped up his visit in Albany.

“What I have seen in Turner, Cook and Dougherty counties, I estimate the damages will easily surpass $100 million,” Hudgens said. “I am devastated by what I saw today.”

The commissioner added that figure doesn’t include the estimate of $30 million in insured damages from the Jan. 2 storm which blew through the middle of Albany.

Hospitals in Southwest Georgia and the Southwest Public Health District were among those offering aid to victims impacted by Sunday’s tornado, ranging from treatment of traumatic injuries to assisting with recovery.

“Phoebe Putney Health System remains in direct contact with emergency management officials who are leading the response to the devastating tornado that hit Dougherty County Sunday afternoon,” said Jessica Castle, vice president of marketing for Phoebe Putney Health System. “As of 10:30 a.m. Monday, we had treated 26 patients in the Emergency Department at Phoebe North and 19 patients in the Phoebe Main ED. Of those, eight patients were admitted, and two were still being treated in the emergency departments.

“We remain ready to serve the health care needs of any other victims of this natural disaster.”

Castle said Phoebe activated its command center and initiated its emergency response protocol Sunday afternoon, and that officials are expected to meet throughout the week to monitor the recovery process.

Yesterday, the Governor, along with Lt. Gov. Casey Cagle, visited the Army Cyber Center of Excellence at Fort Gordon near Augusta.

“The decision to establish the Georgia Cyber Training and Innovation Center in Augusta further solidifies Georgia’s reputation as the Silicon Valley of the South,” said Deal. “The Department of Defense recognizes Georgia’s assets and the vital role our state will play in the future of cybersecurity. I would like to extend my thanks to Major General John Morrison, Col. Eric Toler and their respective staffs for their efforts and dedication to this critical initiative. This invaluable resource will put Georgia at the pinnacle of efforts to enhance American cybersecurity for both public and private industries with a resource unlike any other in the country. Georgia is already the No. 1 place in which to do business. Now, we’ll be the safest place for business as well.”

The center will be a state-owned facility designed to promote modernization in cybersecurity technology for both private and public industries. In conjunction with the Department of Defense and the National Security Agency (NSA), this resource will serve to enhance American cybersecurity in the public and private arenas. This initiative will be housed within the Georgia Technology Authority and will, in part, serve as an incubator for startup companies. It will also focus on research and development, tapping into the assets of Georgia’s research institutions and partnering with Augusta University Cyber Institute. This collaboration will also include the Georgia National Guard, Technical College System of Georgia, University System of Georgia, the Department of Economic Development, Georgia Bureau of Investigation and numerous private sector entities.

“I support Governor Deal and his commitment to further establish Georgia as a leader in cyber innovation and security,” said Cagle. “We have a tremendous opportunity as a state to leverage our resources with our research institutions and military bases, and this collaborative initiative will result in a better trained and equipped cyber force.”

Less than two months ago, U.S. Army Cyber Command and the Second Army broke ground on construction for a new Army Cyber headquarters facility that will draw together the Army’s cyber operations, capability development, training and education in one location. The event marked the start of an approximately 2.5-year project to build a state-of-the-art focal point for Army cyberspace operations at Fort Gordon. A second phase of construction to support Cyber Protection Team operations is expected to be completed in early 2019.

“The governor’s vision for a facility that will allow the best and the brightest in academia, industry and government to work together to address global cyber security challenges is truly transformational,” said Augusta University President Dr. Brooks Keel. “Augusta is already home to national cybersecurity assets, including U.S. Army Cyber Command, the Army Cyber Center of Excellence and NSA/CSS Georgia. I look forward to working with Gov. Deal and all of our partners as we turn this world-class training facility into a vibrant reality.”

From the Augusta Chronicle:

Keel said the new center will allow Augusta to become a magnet for industry and give the community a vital role in national security.

According to the governor, about $1 billion in construction and upgrades is planned at Fort Gordon during the next three years as the Army Cyber Command settles in. Deal said his proposed budget for fiscal year 2018 contains $50 million for the Cyber Innovation and Training Center, which he expects to be completed in early 2019.

Yesterday, the Georgia Supreme Court came into session to the bailiff’s cry of “Rise Up.”

“While our staid court is always gaveled in with ‘All rise,’ today that will come with a twist,” [Georgia Supreme Court spokeswoman Jane] Hansen said, adding that this special session is a first for the high court.

The State House is expected this morning to pass the Amended Budget for the current fiscal year.

The “little budget,” which covers spending for the rest of this fiscal year, includes a 20 percent pay raise for thousands of law enforcement officers and $5 million for storm assistance.

Speaker David Ralston and Gov. Nathan Deal sound like they’re close to agreement on a measure to help firefighters with cancer.

House Speaker David Ralston, R-Blue Ridge, the key driver behind the effort the past few years, likewise said he’s confident a solution is in sight

Lawmakers in 2016 overwhelmingly adopted legislation that would allow firefighters to file workers’ compensation claims if they can provide “a preponderance” of evidence that their work caused the disease.

Firefighters applying for the benefit would have to demonstrate exposure to a known carcinogen as a result of their occupation. Otherwise, state law considers cancer an “ordinary disease of life,” disqualifying it from claims.

But Deal vetoed the bill, saying he was concerned the bill carved out an exception for one occupation and was a “broad solution for a problem not yet abundantly demonstrated in Georgia.”

House and Senate bills to legalize casino gambling in Georgia contain identical provisions, according to Dave Williams of the Atlanta Business Chronicle.

Scaled back from legislation that failed to gain traction in the General Assembly last year, the bills call for the construction of two “destination” resorts that would include casinos, down from four in the 2016 measure. One would be in metro Atlanta, while the second would be located outside of the metro region.

Under this year’s bills, 20 percent of gross gaming revenues from the casinos would go toward education, up from 12 percent under the original version of last year’s legislation. Thirty percent of that tax money would then be set aside for needs-based scholarships.

The casino industry will be watching the progress of the Georgia legislation carefully. MGM Resorts International is planning to invest $2 billion in a casino resort in metro Atlanta that would create 5,000 jobs, if the Las Vegas-based gaming giant gets the green light.

Only later do they plan to introduce a constitutional amendment calling for a statewide referendum to legalize casinos.

Cherokee County Board of Education members are asking legislators for a pay increase.

The general fund deficit was due in part to less revenue in three areas: sales tax, licensing and permits, and fines and forfeitures. In total, those revenues were down about $5.3 million from the amounts budgeted, said Miller Edwards, with the accounting firm Mauldin & Jenkins. Property tax revenue from the previous year declined by about $7.7 million.

“The main reason for the overall decline in the general fund’s balance was the elimination of the remaining prior city tax digest,” the report said.

The shortfall led to Macon-Bibb’s general fund reserves dropping from $28 million to about $20 million on June 30, 2016.

The audit found no significant problems with the county’s finances, though.

Since the consolidation of Macon and Bibb in 2014, the county’s general fund budget is about $22 million lower than that of the combined governments. Macon-Bibb officials were required by the consolidated charter to reduce the budget by 20 percent, a goal that they reached before the five year mandate.

The Macon-Bibb Commission also approved changing garbage fees from quarterly to an annual item on property tax bills and will finalize the measure next week.

Banks County Commissioners voted to eliminate the county recreation board.

The subpoena from the U.S. Attorney’s Office requires the county government to turn over all records and communications involving two contractors Sutton paid last year, according to Channel 2 Action News.

Most of the spending, which came from her government office budget, was made after she lost re-election during a July primary runoff.

Sutton also hired For Winners Only, a Fayetteville company registered by Vincent Watkins, to prepare a 21-page transition report at a cost of $9,100. The transition report lists her successes and challenges during her eight years in office representing the Stone Mountain-area district.