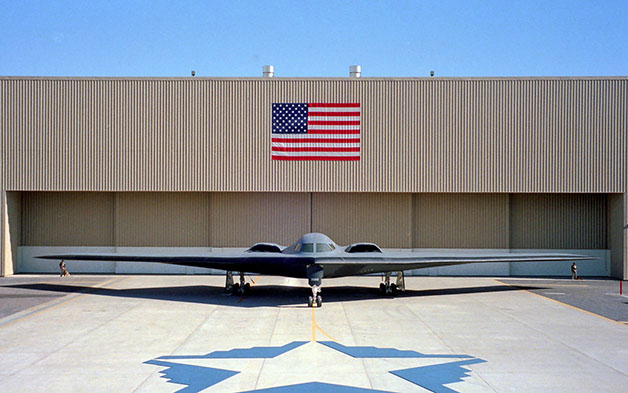 The Georgia Ports Authority continues to set records for container traffic, according to BusinessInSavannah.com.

In fact, the port set an all-time GPA record for the month October, even after being completely shut down for several days during the height of Hurricane Matthew.

Of all the ports affected by Matthew, the Port of Savannah was hit the hardest, according to U.S. Coast Guard Cmdr. Amy Beach, commander of Marine Safety Unit Savannah and Captain of the Port. Because the full force of the storm struck Savannah’s outer harbor, aids to navigation were severely compromised and had to be restored before the port could be safely reopened.

With all that in play, the numbers surprised even GPA executive director Griff Lynch, who told his board Monday that the port handled more than a quarter-million loaded TEUs – or 20-foot containers – last month to set an all-time GPA record for October.

One of the lawyers whose name was submitted for consideration to the Georgia Judicial Nomination Committee is District Attorney Ashley Wright, who was re-elected to a new four-year term Nov. 8. If Wright submits an application by Tuesday and the governor selects her to fill Roper’s term, her job as the top prosecutor for Richmond, Columbia and Burke counties becomes open.

Because Wright would be vacating the district attorney’s seat early in her term, the governor would appoint a local lawyer to to fill the vacancy, but that person would have to run in a special election in the next general election.

After the Judicial Nomination Committee receives the applications this week, the members will conduct interviews with the candidates in December and then narrow the list to up to five names to submit to the governor for his consideration.

Low-income residents of Middle Georgia may get assistance in dealing with the complexities of healthcare.

Navicent Health, in partnership with Mercer University law school and Georgia Legal Services Program, is opening a MedLaw office at the Medical Center, Navicent Health, 777 Hemlock St., according to a news release. A ribbon cutting will be held at 10:30 a.m. Nov. 29 at the new office.

The MedLaw office will offer a team of legal, social and medical workers who will provide free civil legal services to qualified Navicent Health patients. The patients it will serve would be those “whose, treatment or recovery is impeded by a legal need directly related to the patient’s health, when the patient has attempted to remedy the situation but has received an adverse response,” the release said.

The City of Tyrone has finalized the project list for a SPLOST election to be held next year, likely in March 2017.

Douglas County Commissioners continue to work on a 2017 budget that has become “tight” due to higher healthcare costs and lower ad valorem tax collections.

As of early this week, the Douglas County Sheriff’s Office had received reports of six such incidents since the election, and the Douglasville Police Department had received one report.

In one instance, anti-Trump profanity was spray painted on a stop sign at the intersection of Campbellton Street and Hospital Drive near Douglas County High School, referencing President-Elect Donald Trump. A similar message was painted on the high school itself. The damage from both has since been repaired.

Another incident reported to the Sentinel involved profane anti-Trump messaging spray painted on a garage door in the Stewarts Mill subdivision.

The Newnan Times-Herald looks at how 2016′s events will affect state priorities in 2017.

First is the Trump plan to replace the Affordable Care Act, which eliminates any impetus for the Peach State to consider expanding Medicaid. Until the new Trump proposal is passed by Congress, all state-level health policy discussions will be silenced, including a vague plan pushed by the Georgia Chamber of Commerce for a sort of streamlined version of Medicaid expansion that legislative leaders were lukewarm about anyway.

Other state actions required to cope with regulations pushed by the Obama administration are also on hold, such as Georgia’s response to the Clean Power Plan and Waters of the U.S. Plenty of time and energy has been expended by bureaucrats and lobbyists on these types of state rules to implement federal regulations, so now they’ll have free time for other issues.

One other source of shudders on Election Day was the change of suburban Atlanta counties from red to blue, like Cobb, Henry, Douglas, Gwinnett and Newton, in a year when the Republican nominee beat the Democratic standard bearer by 5 percent in the overall state. Demographic trends foreshadowed the shift, but many observers thought they wouldn’t formally flip until the next presidential election.

What all this means is that conservative leaders have to be smarter. They can’t count on automatic passage of their every proposal any more. Timing contentious referenda will have to be strategic. And they will have to do a better job of convincing voters in the newly blue areas rather than just taking their agreement for granted.

Education funding will be an important and contentious issue in the 2017 General Assembly.

Sen. Chuck Hufstetler, R-Rome, said funding for K-12 school remains an issue, even though most of the previous cuts have been restored. Legislation to change the distribution formula died last year, but he expects it to be resubmitted.

“I’m going to watch that pretty closely,” Hufstetler said. “It shifted funds around from county to county, but I didn’t feel it was a good thing for our schools. I want to make sure our schools come out OK on a new formula.”

Rep. Christian Coomer, R-Cartersville, said it’s likely that some sort of school reform will be “on the menu” in 2017.

“I don’t know if we’ll come back to opportunity schools, but every year somebody is filing a bill to make school choice more robust and I expect to see that again,” he said.

Rep. Katie Dempsey, R-Rome, said she is focused on mental health and early intervention — catching it and starting treatment before the age of 5, if possible.

She met last week to go over priorities with officials from the Division of Family and Children Services and from the Department of Behavioral Health and Developmental Disabilities.

“I’m also looking at our aging population, so both ends of the spectrum,” she said. “One of the great concerns of the Council on Aging this year is transportation — helping those who are older and on fixed incomes get to doctor’s appointments, the grocery store, keeping them active and healthy as long as possible,”

First Lady Sandra Deal will be the namesake of a new Youth and Learning Center at Jekyll Island.

The new facility sits on what was once the Jekyll 4-H Center, which closed two years ago so the former motel, dining hall and education buildings could be demolished to clear the way for the new center. At the time, 4-H had just passed the 1 million mark in the number of students who had gone through its environmental education program.

Hoteliers expect to see religious liberty legislation on the slate for the 2017 session.

“I’ve not heard of any specific bills that are coming back forward, but my assumption is that we will see it be broken up into smaller issues,” said state Rep. Geoff Duncan (R-Cumming.) “To that point, it allows more information to be given out based on specific issues.”

Ron Tarson, general manager of the Westin at Peachtree Plaza and chairman of government affairs with Georgia Hotel and Lodging Association, said he expects religious exemption legislation to be back next year.

Tarson said he doesn’t want Georgia to be like North Carolina, which passed HB2, a controversial bill that bars transgender people from using public bathrooms that correspond with their gender identity.

“We know there’s huge impact because we’ve gotten business from North Carolina, and we don’t want our business to go somewhere else,” Tarson said.

Fulton County is getting a new youth services center.

The nonprofit organization Youth Spark partnered with the Junior League of Atlanta Tuesday for a ribbon cutting at the new youth services center.

According to officials, the center will screen at-risk children and adolescents for signs of abuse or sexual exploitation as well connect them with helpful services provided by Amendment Two.

Straight Street Revolution Ministries is hoping to build the campus on 50 acres off Weaver Road, a hilly area off Poplar Springs Road in southeast Hall County.

Opponents have said they worry such a development would raise safety concerns and lower property values.

Several residents said they applauded the group’s work but they simply don’t believe such a development belongs in a residential neighborhood.

One of the chief worries has been that sex traffickers might try to hunt down women at the complex.