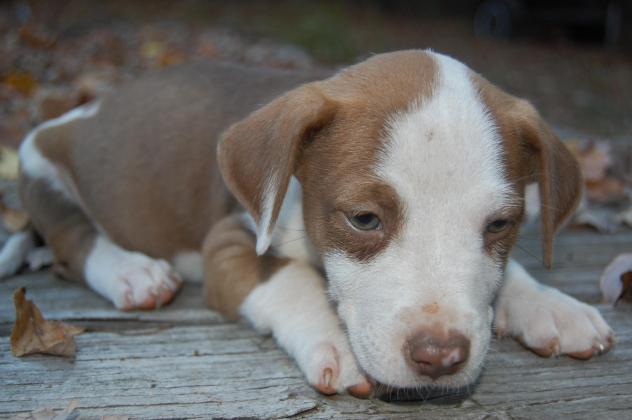 Howard is a male American Bulldog and Husky mix puppy who is available for adoption from Rotts ‘n Pups Rescue Douglasville, GA. Howard also has several brothers and sisters who are adoptable. 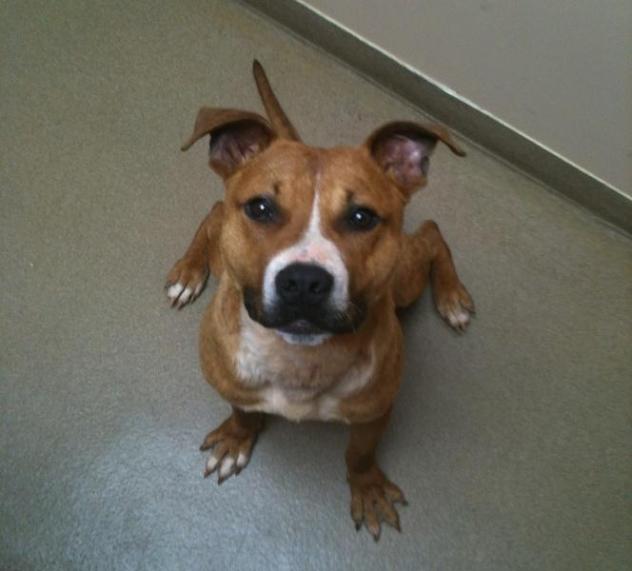 Howard spent the first year or more of his life on a chain. He had very little human interaction. When we found him, we were trying to catch some puppies that had been dumped behind his house. The puppy was curled up with Howard sleeping.

Howard has matured a lot since we got him several years ago. Howard used to love to play but now it is in short spurts. He has a male pit friend who hangs out with him all day in his pen. We have finally graduated to being able to let Howard run free to the house each night to get into his crate. Each morning we do the same. he runs free to the water bowl then outside to his pen. He bounces through about 6 dogs trying ot get him to play but he just wants to get to his place and go potty.

He spends all day hanging out with his buddy, watching squirrels and the other dogs. At night he gets to come inside after we have put all the dogs away and spend some one on one human time. He loves to be petted and give kisses. He loves to go for walks. He is so smart and easy I just can’t believe no one has given him a chance. It is b/c we just don’t know what dog he will like and which one he won’t. 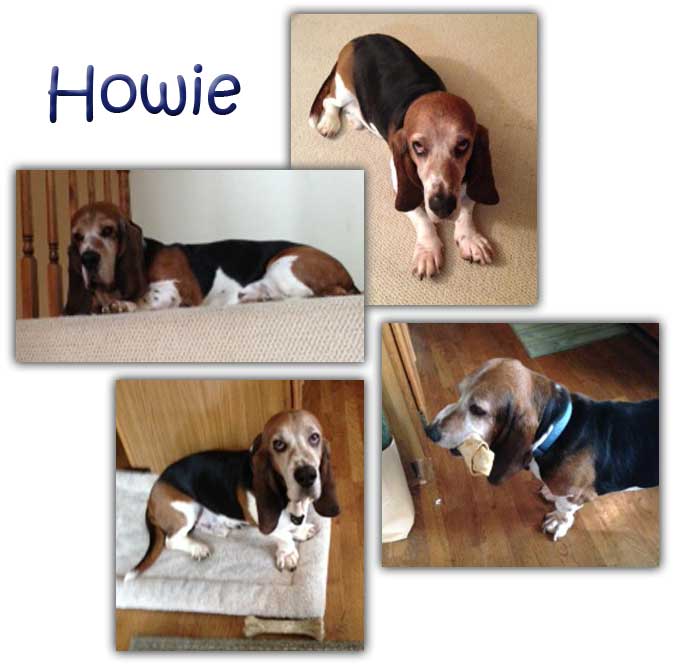 Howie is a 5-6 year old male Basset Hound who is available for adoption from Basset Hound Rescue of Georgia in Marietta, GA.

Howie is working on his “fear” issues with grown men. He does well with “almost-grown” men, as he has a college-aged foster brother (human) who spends lots of time walking him and spoiling him. Howie, known as “Roger” in his foster home, has made significant improvement since coming to his foster home but will need some patience acclimating to men – preferring women and older kids. Roger is a GREAT leash walker and enjoys his fine Designer collar and dog beds (which are his for keeps).

He’s also VERY snuggly, loves to be rubbed on his shoulders and we find him so sweet. He only seems to have an “accident” if he is startled by something or confused or fearful.