On February 28, 1784, John Wesley executed a document titled “The Rev. John Wesley’s Declaration and Establishment of the Conference of the People called Methodists.”

On February 28, 1827, the first American railroad organized to transport people and freight commercially, the Baltimore & Ohio Railroad, was chartered. At the time, Baltimore was the second largest city in the nation.

On February 28, 1854, 30 anti-slavery opponents of the Kansas-Nebraska Act, which would repeal the 1820 Missouri Compromise, met in Ripon, Wisconsin and called for the creation of the Republican Party.

On February 26, 1868, the Atlanta City Council offered use of the combined City Hall and Fulton County Courthouse as a temporary capitol if the Constitutional Convention meeting in the city would designate it the capital city.

On February 26, 1877, Governor Alfred Colquitt signed legislation calling a June 1877 election of delegates to a state Constitutional Convention to be held in July of that year.

On February 28, 1885, the American Telephone and Telegraph company was incorporated, though some accounts says March 3d.

On February 27, 1922, the United States Supreme Court released an unanimous decision holding that the Nineteenth Amendment to the United States Constitution, granting women the right to vote, is constitutional. The case, Leser v. Garnett, arose because of a challenge seeking to strike women’s names from the voter rolls in Maryland and asserting:

It might as well have asserted that sleeping on the couch for the rest of the plantiffs’ lives would be cold and uncomfortable.

On February 27, 1982, Wayne Williams was convicted in Fulton County Superior Court of murdering two adult males. Atlanta Police later said he was guilty of at least 23 of 29 child murders between 1979 and 1981. Williams was never indicted or tried on the allegations of child murder and maintains his innocence.

On February 28, 1991, the First Gulf War ended, as President George H.W. Bush declared a ceasefire and that Kuwait was liberated.

The World Trade Center in New York City was bombed on February 26, 1993, killing six and causing half-a-billion dollars in damage.

SB 327 – State Purchasing; prohibit the state from entering into certain contracts unless such contracts contain a certification; does not presently conduct a boycott of Israel (GVT OV – Judson Hill)

SB 333 – NonProfit Corporations; allow for a nonprofit corporation organized in foreign jurisdiction to change its jurisdiction of organization to this state (RI&U – Kennedy)

SB 379 – Sales and Use Tax; provide for exemption for fire districts which have elected governing bodies and supported by ad valorem taxes (FIN – Ginn)

HB 1085 Social services; aging; transfer oversight of such services to the Department of Community Health (App-Dempsey-13th)

HB 887 Courts; parental rights; prioritize placement of a child with an adult or fictive kin qualified to care for such child (Substitute) (JuvJ-Efstration-104th)

HB 926 Pharmacists and pharmacies; regulation of certain facilities and entities involved in the wholesale, manufacture, and distribution of drugs; provide (Substitute)(H&HS-Broadrick-4th)

HB 1053 Grady County; board of education; provide that members shall be elected on a nonpartisan basis (IGC-Taylor-173rd)

Today is the last day to early vote in the March 1 Presidential Preference Primary.

Kemp says with the number of people they’ve seen so far, [t]hey hope to break Georgia’s general election voting record too, making it the most historic one in the state’s history.

Dozens lined up at the Whitfield County Courthouse to vote on Thursday.

“We truly fell this is one of the most important elections this country has ever had,” Larry McGlade said.

Secretary of State Brian Kemp says the number of voters in this election might just beat the historic election in 2008.

“In that 2008 election the total percentage of vote after election day was a little over 45% so we’re very excited and hopeful that Georgians will turn out and help us break that record,” Kemp said.

Kemp says as of Thursday, 5,000 more people had voted early statewide than in the 2008 primary, and there is still one day left.

“It may change the winds of the election and that’s why it’s important for Georgians to be able to go out and let their voice be heard and help decide which direction that race goes,” he said.

A statistical analysis of Early Voting by Brian Keahl of Political Data Systems shows that Republicans have cast nearly 62% of early votes as of Wednesday, with Democrats making up about 38%. 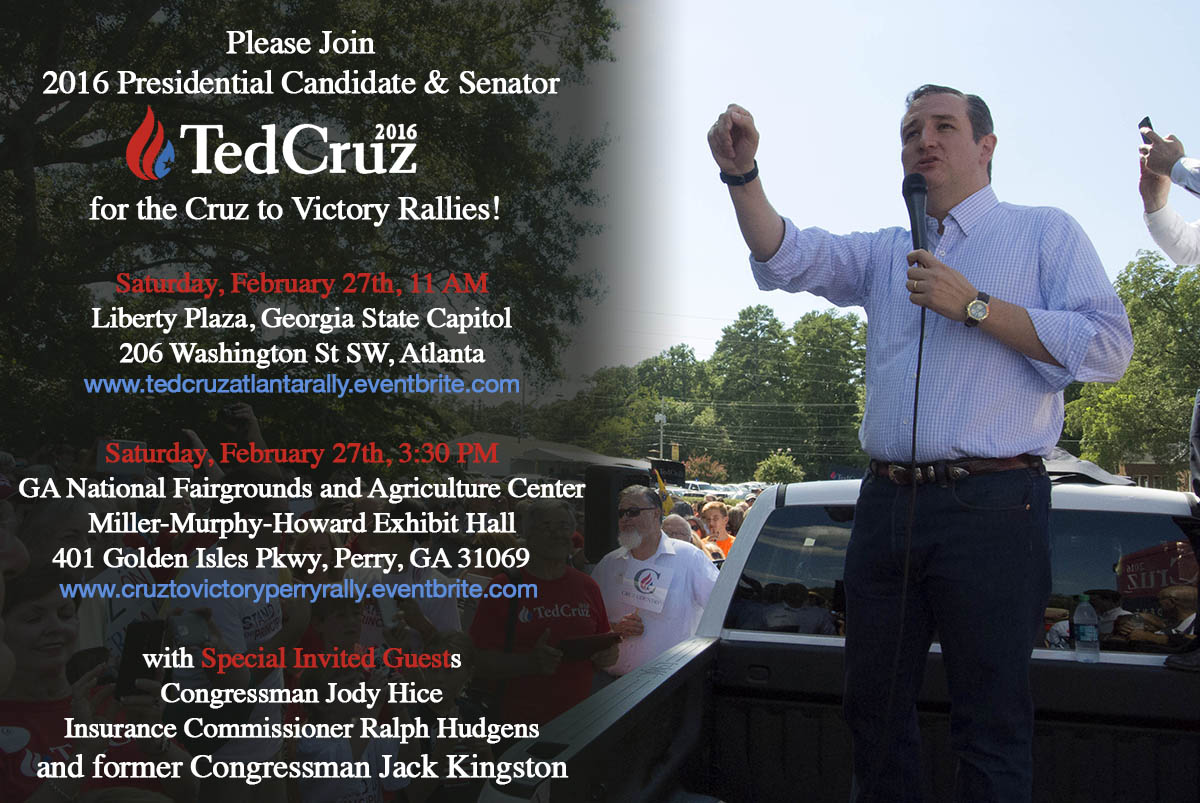 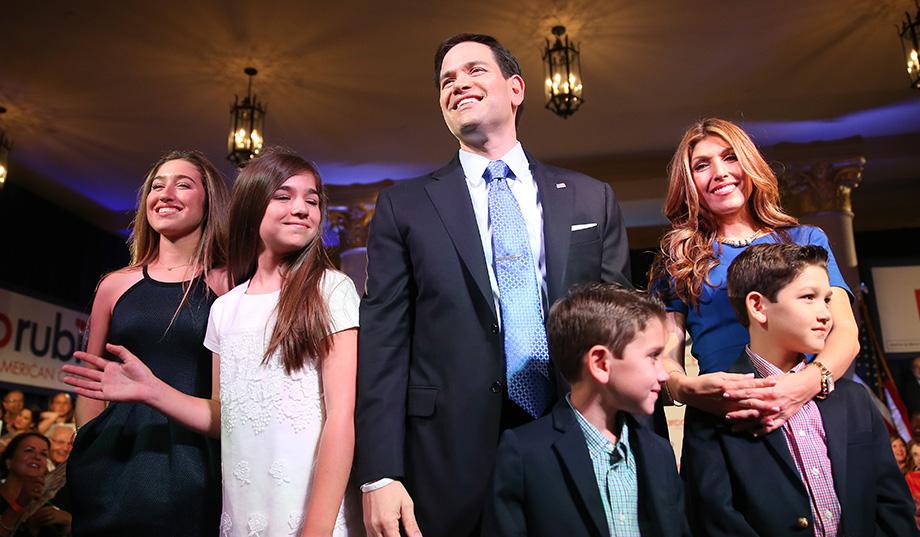 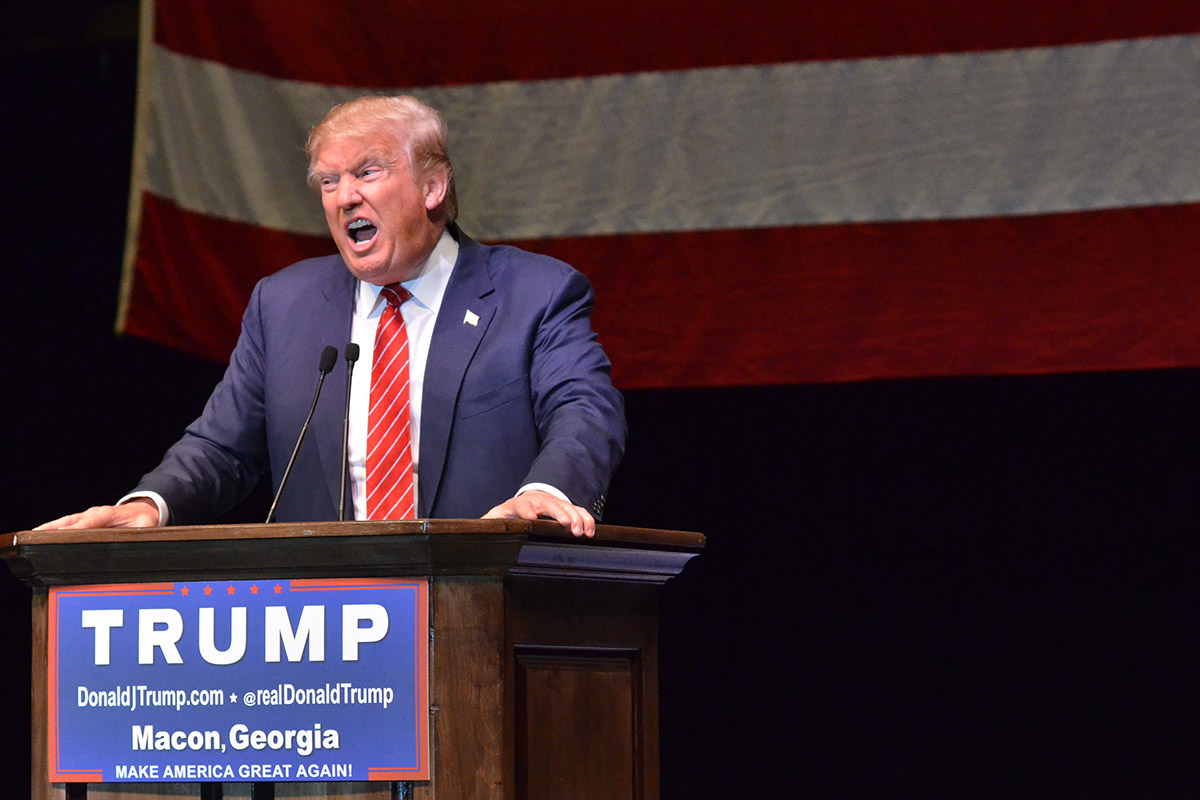 Former GAGOP Chair and current Mayor of Sandy Spring Rusty Paul wrote a guest editorial on why he supports John Kasich for President.

For those of us who follow politics closely, it’s easy to get caught up in the horserace and punditry. But I urge all Republicans to step back and remember why we have primary elections in the first place: to ensure we select the most prepared, most proven and most electable leader to represent our Party at the top of the ticket in November.

John Kasich, the conservative governor of Ohio, is that Republican candidate and he deserves the opportunity to prove himself in our political version of March Madness.

Poll after poll shows John Kasich is the Republican best positioned to defeat Hillary Clinton in November. He’s up by 11 points nationally and 17 points in the must-win swing state of Ohio. In the fight for the Republican nomination, he’s within a few points of Trump and will win his home state on March 15. Marco Rubio, on the other hand, is losing to Trump in Florida by 16 points and is tied with Hillary in the Sunshine State.

So rather than rushing to crown someone as our GOP nominee before they’ve even proven they can win a single state, we should let our democracy run its course and complete our bracket as the voters have their say.

John Kasich enters March as an underdog and that’s okay. He’s been an underdog his entire life. I’m confident the voters will ultimately put their trust in the only Republican candidate with a proven, conservative record and John Kasich will be the leader representing us at the top of the ticket in November.

As I examined the field, I decided Florida Senator Marco Rubio best meets the Buckley test. Pick your favorite conservative group and you will see Rubio consistently ranking as one of the Senate’s most conservative members. During his time in the U.S. Senate, Rubio introduced important conservative legislation; including legislation dealing a serious blow to Obamacare. Rubio didn’t just talk about fighting this ineffective law; he actually did something about it.

As we think about who is the “most conservative candidate who is electable,” also consider this: the Democratic candidate for President has won the state of Florida four of the last five Presidential elections. For Republicans to win the Presidency, we need a candidate who can win swing states like Florida. There is no doubt Marco Rubio can win his home state and other swing states crucial to winning the November general election. Nominating a Republican who would struggle to win the general election could mean Hillary Clinton appointing as many as three Justices to the Supreme Court. It is crucial for Republicans to win this election for many reasons, not the least of which is preventing a liberal Supreme Court majority.

Marco Rubio is a mainstream conservative who can unite the Republican Party and the people of United States. Rubio will never ask you to be angry at one group of Americans so that he can score political points. With so much anger and divisiveness in our politics today, we need a leader who not only understand why people are frustrated, but will to turn that frustration into a positive plan of action to get things done. Marco Rubio has provided this type of leadership his entire career.