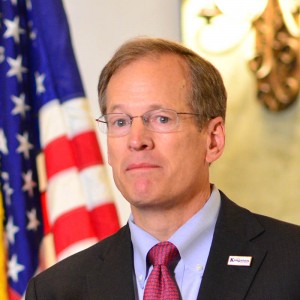 Like many others I have had a tough time making a decision on who to support for President. It goes without saying that I will enthusiastically be with whoever the Republican nominee is. If we let the media divide us we have ourselves to blame. During tough family discussions like these, it is important to always remind folks that we will be wearing the same conservative jersey soon. That being said, here are my thoughts on the remaining candidates.

The State of the GOP Nomination

As March 1st approaches we should rejoice that Ga’s presidential preference primary is relevant and that the outcomes of the first-to-vote, small but key states haven’t eliminated all of our choices. Now we all must chose and get out to vote. In fact early voting started February XXXth!

It doesn’t need to be said again, but all of these candidates are indescribably better options than progressives Bernie Sanders and Hillary Clinton.. If we allow a perfectionist standard to pervade, that keeps  our people at home in November, it could be over for America.

As I finalize my support in the coming days, here is my brief analysis of the field in no particular order:

DONALD TRUMP.  Trump has made it interesting and grabbed the tough issues head on without apology or ambivalence.  We need to be thankful that he’s brought disenfranchised and blue collar voters back into the mix. This demographic should be ours but has sat out recent elections in growing numbers. Trump has read the voter mood, by promising to make American win again and by being a job creator. His  past liberal statements and donations cause concern. The next president may make 3 or 4 Supreme Court appointments – has he fully transformed into a philosophical constitutional conservative?

TED CRUZ. Cruz is smart and has a well organized ground game. Ive had the chance to meet him, Heidi and the girls off camera, They are sincere and extremely nice people.  They don’t hide this side , the press does it for them! Cruz  has shown a willingness—whether you agree with all his tactics or not—to stand up for his principles and do things that can truly shake up the status quo. He also has a consistent conservative record dating back to the US Supreme Court cases he’s won regarding the 2nd Amendment, states’ rights, and religious liberty. The question remains about his ability to get along in Washington- is he too much of a bomb thrower?

MARCO RUBIO. Rubio is very likable, handsome, electable, has shown he can be strong in defending himself and his stances. He has proven himself to be tough in the debates. His rise in popularity is not surprising although his resume alongside of the others’ is slim. However if you can bring Florida to the table your chance of being on the ticket is huge.

BEN CARSON. Carson is brilliant and has a refreshing way of talking about uncomfortable issues that normal candidates would avoid mentioning. Carson has been criticized for his lack of experience and grasp of the international threats facing our country. His weak ground game caught up with him in New Hampshire.. He is a very nice man, and a remarkable doctor, but without a strong showing in South Carolina, he may be off the ballot by March 1st.

JEB BUSH. Jeb is no doubt capable and could move into the White House tomorrow. He could assemble a team quickly and if America was attacked the next day there wouldn’t be a scramble to engage. Unfortunately, his “act of love” statement did lasting damage to his candidacy.  Not only did people disagree with it, they felt like he was lecturing them, a capital offense in the eyes of the Republican faithful.. Bushes are wonderful, patriotic and decent people. The Bush name should be golden right now, especially compared to the current Administration, but when brother George W took self imposed exile in Crawford, Obama and friends smeared everything he accomplished. In contrast, think how Clinton and Carter, have done absolutely everything they could to define their image and legacy. We need to get over the myth that historians are fair and discerning. In today’s world of real time information gathering Bush dug a hole and let other bury him. What should be an advantage is a weight around Jeb’s neck.

JOHN KASICH. Kasich is a personal friend. (incidentally I was in a Bible studies with Rubio and Kasich). I learned a great deal from him.  In the House he was fearless doing the things that Republicans were elected to do. He took on the status quo, brought reforms (such as Welfare and countless measures to cut spending) to floor and got them to the president’s desk.  Kasich led the fight to balance the budget that Clinton still takes credit for!  Like Rubio and Bush, Kasich in relevant because of his home state. We can’t win without Ohio and florida!

It’s too bad Georgians won’t get to vote on some of the other candidates. While they have suspended the campaigns they deserve our respects for running AND they would all be better than the Obama crowd or continuing his devise  policies with a Sanders/Clinton administration.