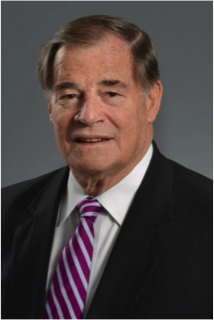 Representative Jeff Brown (Ret) of LaGrange announces that he is forming an Exploratory Committee to help him decide whether he will announce as a candidate for the 3rd District Congressional seat. Earlier Congressman Lynn Westmoreland announced that he will not seek re-election this fall. He says of Lynn, “I served with him in the Georgia House of Representatives for 8 years, count him as a good friend, appreciate how he serves the 3rd Congressional District and agree with most of his votes.

During his 12 years as a Legislator Brown represented precincts in Carroll, Coweta, Heard and Troup counties all of which are in the 3rd District. During his last term he served as Chairman of the Health Appropriations Sub Committee and on the Ways and Means, Rules and Health and Ecology Committees. In 2006 he announced he would not seek re-election due to a number of factors including a possible run for Congress if Congressman Westmoreland ran for Governor or U.S. Senator which were being speculated at the time.

Brown is married to Shirley Scott Brown. They have a son Greg who is a Troup County Deputy Sheriff, daughter in law Anna Matheny Brown and a grandson Gregory “Bo” Scott Brown. They lost their younger son Eric in an automobile accident.

He holds a BA in Political Science, Master’s Degree in Education in Counselling, a Certificate from the University of Georgia Leadership Institute, was selected to attend the week long Air War College National Security Forum and the Chuck Colson Worldview Institute commissioned him a Colson Fellow. Leadership began early as he was elected president of his high school and college class and he was an Eagle Scout.

Employment included Business Manager for Milliken and Company in LaGrange and he founded Comprehensive Search which had as many as 200 employees and they did two thousand personnel searches in N. American. He sold this business in late 2012. Since then he has been a real estate investor and regularly writes an opinion column.

Jeff is a conservative Christian who worships at First Presbyterian Church in LaGrange where he was an Elder, Deacon and Sunday School teacher. He is active with their Wednesday Ministry where anyone in the community can share their problems. Issues of poverty are an active part of his volunteer time and articles since he believes many government programs keep people in poverty but too many charitable efforts are toxic.

In 2015 Brown was appointed to the local Racial Trust Building Initiative. Other ways he serves include being an appointee to the LaGrange Development Authority for 15 years, Governor Perdue appointee in 2009 to the board of the Georgia Department of Community Affairs and in late 2015 Governor Deal reappointed him to this board and belongs to Rotary International. Previously he chaired Troup 2000 and the West Point Lake Advisory Committee and was on the Board of the Georgia Budget & Policy Institute.

Being an elected official for 16 years voters can easily check of how he will vote as a Congressman. As he always has, he will vote based on conservative values and the realities of today.

During his years in the legislature he became a go to person on healthcare issues and has ideas as to how we should rectify the many problems of Obamacare. However as with most major issues there are a number of facts and concerns that first need to be considered.

Having worked since age 14, which included paying for college, Brown is very concerned about hard working families who are falling behind. There are things Congress can do to stop this which do not cost money.

He feels our immigration policies and lack of secure borders jeopardize our national security and take away jobs so swift actions by Congress and President are needed. Further the $19T debt is unconscionable! There are hundreds of billions of expenditures which need to be stopped now and loop holes in our tax code closed.  Our foreign policy is a disaster epitomized by the Iran Nuclear Deal.

If he decides to run for Congress, Brown says,  “I am not independently wealthy so I will accept campaign donations BUT I am not for sale as evidenced by how I voted and my responsiveness to all voters regardless of party affiliation or income!”

Anyone interested in being on a conference call with Jeff on Thursday January 21 where you will have an opportunity to ask questions should email Jeff at jeffwarnerbrown@gmail.com.

In his career Jeff has been involved in the hiring of over 5000 people. From this he has proven the adage, “the best indication of how someone will perform in the future is how he/she performed in the past. Hopefully as you read his past you will have assurance of how he would perform as a Congressman representing the 3rd District of Georgia in the United States House of Representatives.