An elected Provincial Assembly first convened in Georgia on January 15, 1751. The Assembly did not have the power to tax or spend money, but was to advise the Trustees.

The state of New Connecticut declared its independence of both Britain and New York on January 15, 1777. In June of that year they would decide on the name Vermont. Vermont would be considered part of New York for a number of years, finally being admitted as the 14th state in 1791.

The donkey was first used as a symbol for the Democratic Party on January 15, 1870 by cartoonist Thomas Nash. 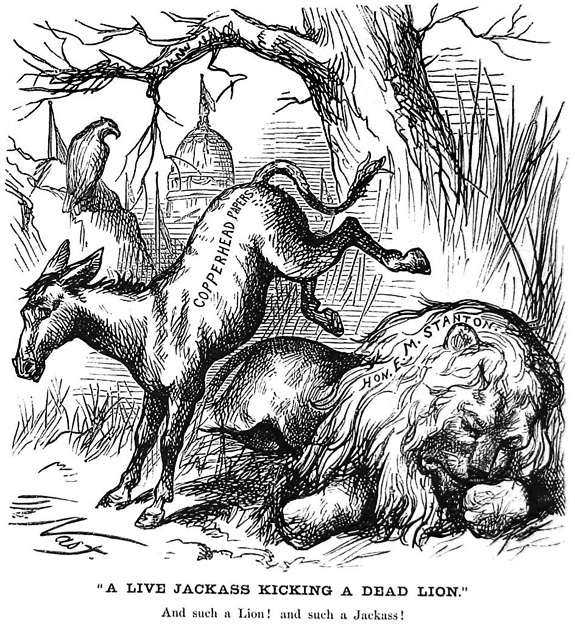 Martin Luther King, Jr. was born on January 15, 1929 in Atlanta, Georgia and named Michael Luther King, Jr., after his father. After a 1934 trip to Germany and the Holy Land, the senior King changed both his own first name and that of his firstborn son to Martin.

There are no House or Senate Committee meetings scheduled for today.

2016 and 2017 state budget documents have been released by Gov. Deal’s Office of Planning and Budget. Here’s a short summary from Gov. Deal of some of the highlights.

Recommended state appropriations total $23.7 billion for the next fiscal year. If approved, the governor’s amended fiscal year 2016 and fiscal year 2017 budgets would, for example, assist local school systems as they work to provide teachers with raises while keeping students and teachers in the classroom for full calendar years. The additional $300 million for this purpose, combined with other funding, would bring the total additional dollars added for K-12 education over the past three fiscal years to more than $1.5 billion. The governor’s recommendations also include significant support for Pre-K teachers who dedicate themselves to setting the state’s youngest learners on track for success.

In addition, the proposals would help maintain and improve the state’s roads and bridges to keep freight and commuters moving safely and efficiently. Legislation passed last year, House Bill 170, has resulted in over $800 million in additional appropriations for transportation for fiscal year 2017.

The budgets as proposed would also provide for salary increases to help recruit and retain high-performing state employees, including for jobs with large amounts of turnover, to enhance services provided for Georgians; continue promoting reduced caseloads for individuals working to protect the state’s most vulnerable children; and advance Georgia’s justice reform efforts, which are yielding positive results.

The General Assembly will use the governor’s recommendations as a starting point to develop and pass the state’s budget, which the governor will then sign or veto. The governor can also veto line items within the as-passed version. The final budgets specify how much state funding various agency programs will receive. The current fiscal year ends June 30, and fiscal year 2017 begins July 1.

Greg Bluestein of the AJC Political Insider notes that included in the budget proposed by Deal is funding for two additional Justices on the Georgia Supreme Court.

Gov. Nathan Deal seems supremely confident his plan to expand the Georgia Supreme Court will pass the Legislature. So confident that he included money for the two additional judges in his proposed spending plan – before lawmakers have even begun to consider whether to expand the bench.

There’s no line-item in Deal’s spending plan for the court’s expansion, but the governor’s aides said they included roughly $1 million in bonds for the new hires. The legislation to expand the court has yet to be introduced in the Legislature.

Deal won approval last year to tap three more judges to the Georgia Court of Appeals. The top court’s expansion could potentially give the Republican the opportunity to appoint a majority of the justices to the powerful court’s bench before he leaves office.

Yes, Georgia Democrats want your guns. No, you shouldn’t worry about it.

On January 11, Democrats in Georgia’s state house introduced a bill that bans “assault weapons” and opens the door for the “seizure” of such weapons, along with accessories like “high capacity” magazines.

It’s nothing more than public relations for Georgia Democrats in urban districts, and rightwing “news” websites have taken it up as “clickbait“ to grab attention of Second Amendment supporters. There is no chance of its passage, and I’d be surprised if it gets a hearing. Nothing to see here. Click here to read the full text of the bill.

In addition to the rumor that Bobby Scott will run against Democratic Congressman Sanford Bishop, 2014 Republican nominee Greg Dukes has announced that he will make a second run at the Second Congressional seat.

This is Duke’s second run at Bishop’s seat, after losing by nearly 20 percent in 2014.

“We’ve got to get our priorities straight in the country — God, family and country. These values are currently under attack,” Duke said. We are being marginalized. The family is being redefined and we seem to be placing more emphasis on concern for illegals than American citizens. It is the basic duty of a country to define and defend its borders.

“The Democrats are looking to replenish their voter pool with these illegals.”

Duke then took a swipe at Bishop.

“Our current congressman has been in office for the past 24 years and has never written any legislation of note,” Duke said. “We need to stand on principals, not party. Our enemies are no longer afraid of us.”

Duke was also hampered by a lack of fundraising in 2014. Bishop raised more than $1 million for his campaign while Duke, according to available figures raised nearly $17,000 — although he said it was closer to $20,000. Regardless it was a lesson learned.

This is far short of an announcement, but it’s certainly a clue – a new Twitter account has appeared bearing the handle @TeeGreenforGA3. There is a business owner in Carroll County called “Tee” Green who was rumored to be looking at the race, but a Twitter account is free and unverified, so ultimately of no probative value.

So, now we’ve got two candidates for the heavily-Democratic Second District against an incumbent, but no actual announcements yet for the Third District, which will be an open seat. An odd situation, for sure, but I attribute it to the anxiety in many veteran politicos that a “David Perdue” style candidate will emerge in the Third with sacks of cash to contest the race, while the Second District is much less attractive to someone versed in things like return on investment.

Dunaway, 44, who said he is seeking Shoob’s seat, is an Atlanta native who earned his undergraduate degree at Morehouse College then attended Mercer University law school.

Eaves, 60, who is running for Lane’s seat, is a native Atlantan who received her undergraduate degree at Saint Leo University in Florida.

Superior Court Judge Matthew Simmons and Judge Deborah Benefield have said they will retire when their terms expire at the end of the year. State Court Judge Morris Braswell said this week he doesn’t plan to seek re-election in 2016, although Braswell was more tentative.

“You never say never,” Braswell said. Then he offered Yogi Berra quotes such as: “There comes a time in every man’s life, and I’ve had plenty of them.” And, “It’s not over until it’s over.”

Rockdale County voters will have a SPLOST on their ballots for the May 24 Primary election.