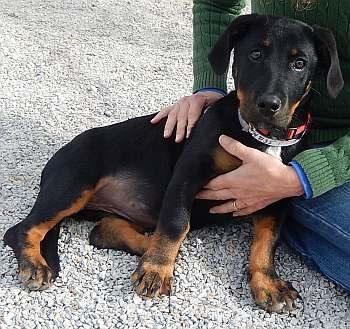 Ellie Mae is a 2-4 month old, 13-pound female baby Basset Hound mix puppy who is available for adoption from Athenspets in Athens, GA.

What a little honeypie this girl is! Don’t buy the little sad face in these pictures – Ellie Mae is a happy-go-lucky pup who loves everybody and when we had her in the interaction pen she had a blast playing with any dog in an adjoining pen who would have her. Even big dogs and hard players didn’t bother her a bit – they were all play pals in her eyes. Ellie Mae is a low-rider with short legs and big paws – she’s like a little tank.

She’s still a very young puppy so she doesn’t have much in the way of manners yet – she likes to chew on her leash while she walks and nips when she plays, but she’s a smart girl and will learn fast. In just a few minutes she learned to take treats gently and not like an alligator Ellie is irresistible! 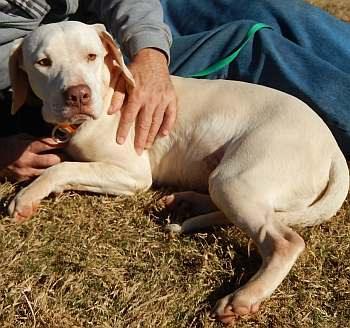 Clyde is a 2-year old, 40# hound mix boy who is available for adoption from Athenspets in Athens, GA. 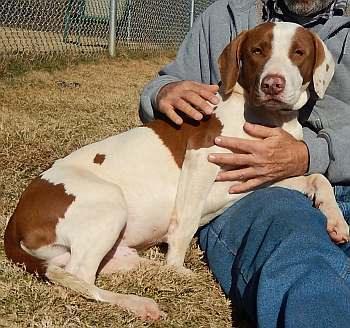 Clem is a year-old, 45-pound hound mix boy who is available for adoption from Athenspets in Athens, GA. 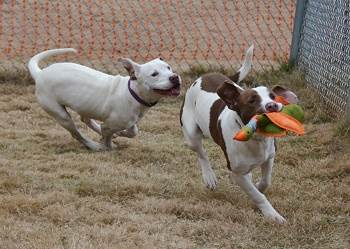 Clem and Clyde are so much fun!  Clem loves running with a stuffed toy, and Clyde loves to chase him.  Eventually, they’re ready to take a break for pets and treats but throw another toy, and their game continues. These boys are sweet, fun, and adorable! 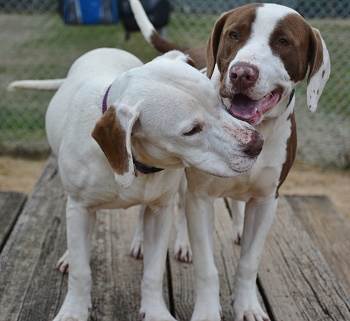 These two boys are so similar in shape and size that they must be related – whether it’s father/son, brothers from another litter, uncle/nephew, who knows.