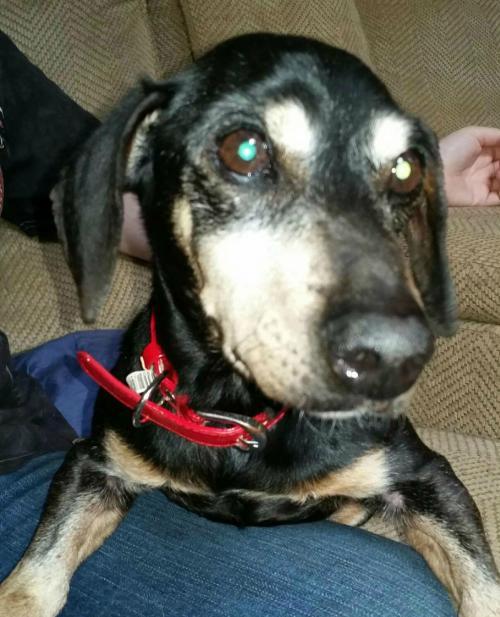 Abe Lincoln is a 14-pound senior male Dachshund who is available for adoption from Friends To The Forlorn Pitbull Rescue Inc. in Dallas, GA.

Abe Lincoln was found as a stray on 4/23/15. He was stuck in a drain pipe on White Street (West End) in Atlanta, GA 30310. He had on a leather collar but no tags and no microchip. No one ever came for him at Fulton County Animal Control and due to his poor condition he needed to get out of there ASAP so Friends To The Forlorn rescued him.

His original name when animal control took him in was Timmy. We were told that he was thin and about 5 years old. We changed his name to Abe Lincoln because he is our old little man. We are not sure exactly how old this sweet boy is but most likely about 10 years old. He has limited hearing and limited vision. He was 13 1/2 pounds when we took him in and is severely underweight. He has arthritis in his back legs too.

Abe Lincoln could also be named Guilliver for Gulliver’s Travels because this boy loves to trot around! It doesn’t matter if he is doing laps inside the home, on a leash or in a fenced in yard – he loves to be moving! He enjoys climbing up your leg for lovin’, curling up in a crate for a nap, getting treats, going for walks, giving kisses while in your lap and looking out the window on car rides! Don’t let his age scare you – he has a lot of pep in his step! 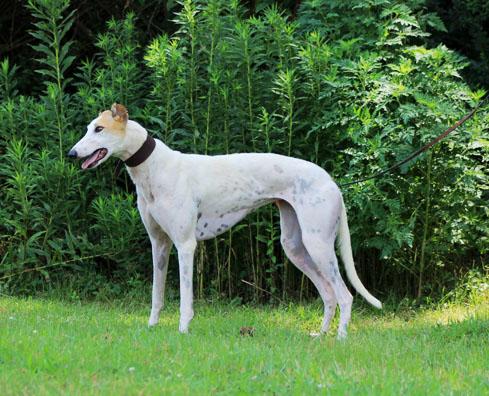 Anabelle Bones is a beautiful female Greyhound who was in a prison training program and is released and ready to go to a permanent home. She is available for adoption from Second Chance Greyhounds in Douglasville, GA. 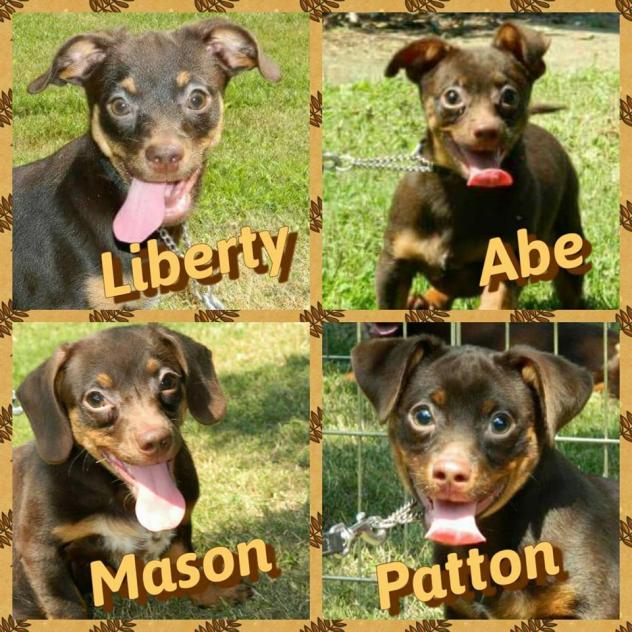 Abe is one of a litter of Chiweenie – Chihuahua/Dachshund mix puppies, who is about 7 months old and available for adoption from TenderHeart & Great Pyr Rescue in Newnan, GA.

Abe is a love-bug. He loves to run and play, then crashes in your lap. His adoption fee includes his neuter, microchip, and vaccines. 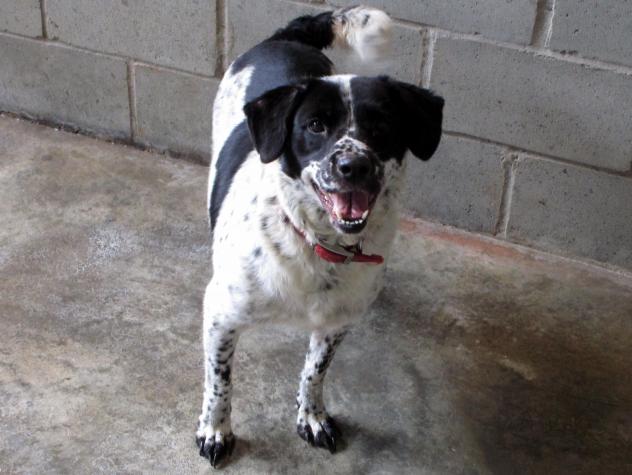 Babe is a sweet girl, an adult female Pointer/Spaniel mix who is available for adoption from Warner Robins Animal Control in Warner Robins, GA.