General William Tecumseh Sherman ordered the destruction of railroad and telegraph lines between Atlanta and Northwest Georgia on November 12, 1864. Sherman also burned the railroad bridge over the Chattahoochee, cutting his own supply line from Chattanooga.

In what looks to me like a surprisingly progressive move for the 19th century, Governor John B. Gordon signed legislation on November 12, 1889 opening the University of Georgia to white women.

On November 12, 1918, Atlanta held a victory parade to celebrate the Armistice with Germany.

On November 12, 1944, the Atlanta Constitution released a poll of Georgia legislators indicating that most wanted more local rule for cities and counties in the new Constitution being drafted.

President Jimmy Carter ordered an end to oil imports from Iran on November 12, 1979.

Tim Berners-Lee published a Proposal for a HyperText Project, laying the foundation for the World Wide Web, on November 12, 1990.

HyperText is a way to link and access information of various kinds as a web of nodes in which the user can browse at will. Potentially, HyperText provides a single user-interface to many large classes of stored information such as reports, notes, data-bases, computer documentation and on-line systems help.

A program which provides access to the hypertext world we call a browser. A hypertext page has pieces of text which refer to other texts. Such references are highlighted and can be selected with a mouse. When you select a reference, the browser presents you with the text which is referenced.

The texts are linked together in a way that one can go from one concept to another to find the information one wants. The network of links is called a web.

Marco Rubio will be in Atlanta, likely it’ll actually be Historic Brookhaven, in December to collect checks. 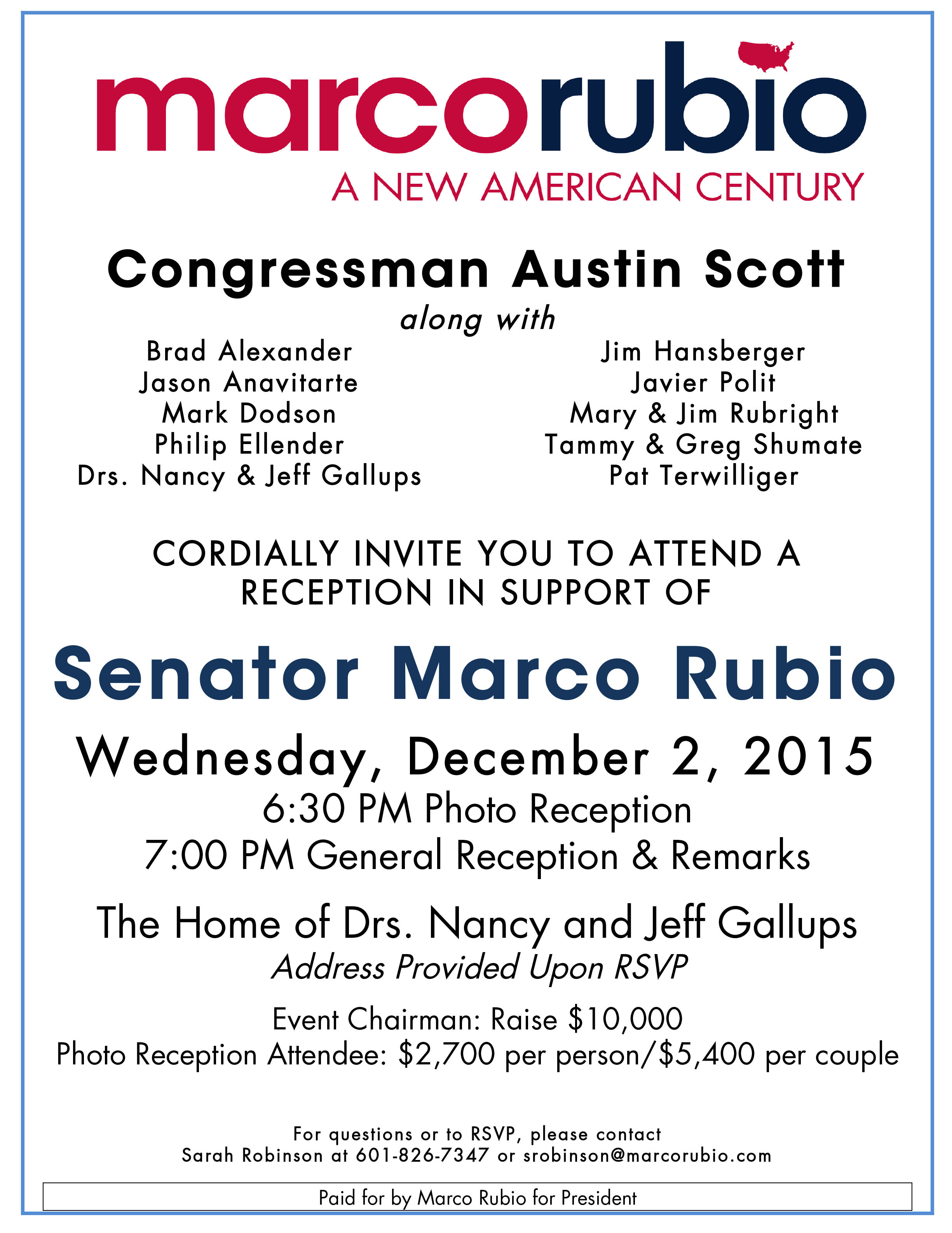 The Atlanta Journal Constitution fact-checked Public Service Commissioner Tim Echols, and summed it up with the headline, “PSC’s Echols on target with comments about power and Georgia rivers.”

MARTA continues to move forward with a tax increase proposal, perhaps emboldened by the legislature’s move on the gas tax this year.

A plan to expand MARTA with funds from an additional half-cent sales tax in Fulton and DeKalb is getting more and more attention from Georgia lawmakers, although not all that attention is positive.

“I’m for it,” said prominent Republican Sen. Brandon Beach of Alpharetta at a gathering of state transportation industry leaders, corporations and lawmakers on Tuesday. “I’m for the voters being able to decide if they want that half-penny to go towards transit expansion. I think transit is going to become more and more important, especially with economic development.”

Beach and Sullivan both noted that 2016 is an election year, meaning the issue could mean the issue gets bumped to 2017 if MARTA doesn’t get traction quickly after the session starts in January. Capitol-watchers agree the next session is likely to be a short one. And other issues like education reform and casino gambling loom large.

Fran Millar, R-Atlanta, said that he believes the bill will face serious opposition from the DeKalb and Fulton delegations.

“You have this sense by a lot of us that we’ve been paying one penny for how long, and don’t tell me everybody doesn’t benefit from MARTA,” Millar said. “Some of us think if we’re going to have a regional transportation system, let’s let regional people pay for it.”

I agree 100% with Senator Millar – as a DeKalb County resident, I’ve more than paid my fair share for MARTA – let’s have some other folks chip in.

A third deepwater port for Georgia at St. Mary’s could be in the planning stages, as a private company has applied for a zoning change to begin preparation for portside development.

Fulton County Superior Court Judge Kimberly Esmond Adams will hear an appeal of the state’s denial of a request to exercise eminent domain for construction of the Palmetto Pipeline in Coastal Georgia.

Kessel Stelling of Columbus has been elected Chair of the Georgia Board of Regents, with the term beginning January 1, 2016. The Board of Regents also approved the merger of Albany State University and Darton State College.