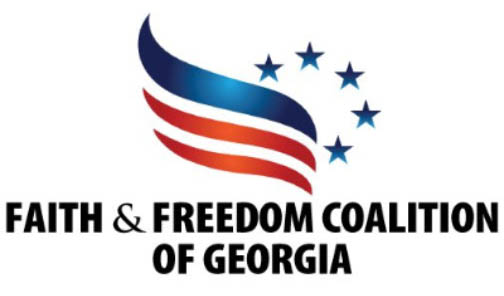 We welcome Dave Baker as the new Executive Director of the Faith & Freedom Coalition of Georgia.  Dave is an attorney and former elected official with years of experience in law, policy and politics in Georgia.

A former Commissioner and Chairman of the Georgia Public Service Commission, Dave was one of the first Republicans elected statewide in Georgia.  In this role, he helped bring competition, consumer choice, and lower rates to telecommunications, energy and transportation markets in the state.

As VP Law & Public Policy at Internet provider EarthLink, Dave led state and federal government affairs.  In this role, he testified before Congress and represented the company before federal agencies and courts, including the United States Supreme Court.  In a similar role at GE, he successfully managed energy and environmental compliance for two consumer businesses. And as an attorney, he has provided regulatory compliance and government affairs counsel to business clients.

Dave has been appointed to several state and federal committees and boards.  He currently serves on the Advisory Board of the Atlanta chapter of the Federalist Society and is an allied attorney with Alliance Defending Freedom.  He has two teenage children and attends Northside Church (UMC) in Atlanta.

Dave is hitting the ground running at FFCGA. He is available to speak to your group meeting about upcoming policy matters before the GA General Assembly, from religious freedom to casino gambling. Please email any speaking requests….

Coming up this week: