On October 5, 1864, the Battle of Allatoona Pass was fought in Bartow County, Georgia.

The first televised Presidential address from the White House was broadcast on October 5, 1947.

The Georgia Supreme Court outlawed use of the electric chair as “cruel and unusual punishment” on October 5, 2001.

On Saturday, Porsche won the 2015 Petit Le Mans with their #911 car in pouring rain. Last week, Porsche Cars North America reported the sale of 4,424 cars representing a nearly 23% increase over September 2014 and the brand’s best September in history. 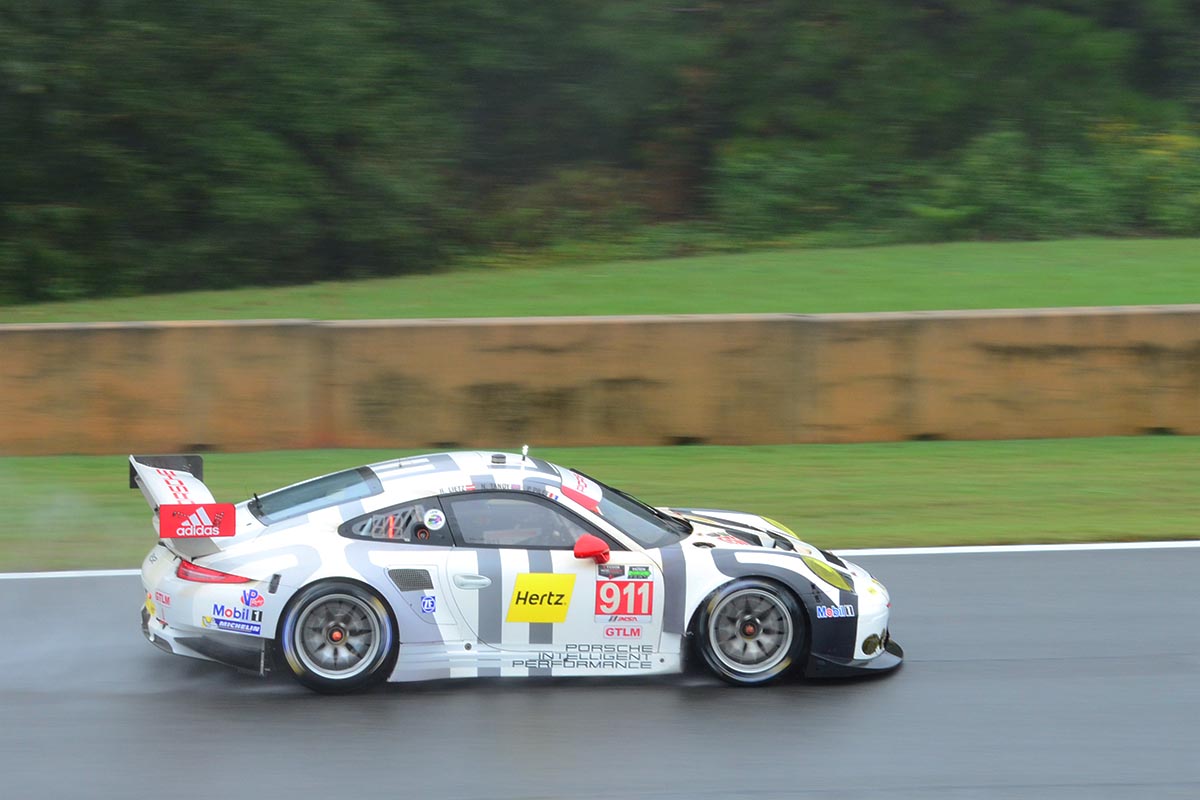 Today is the last day you can register to vote for the November 3, 2015 General Election and any runoff elections. 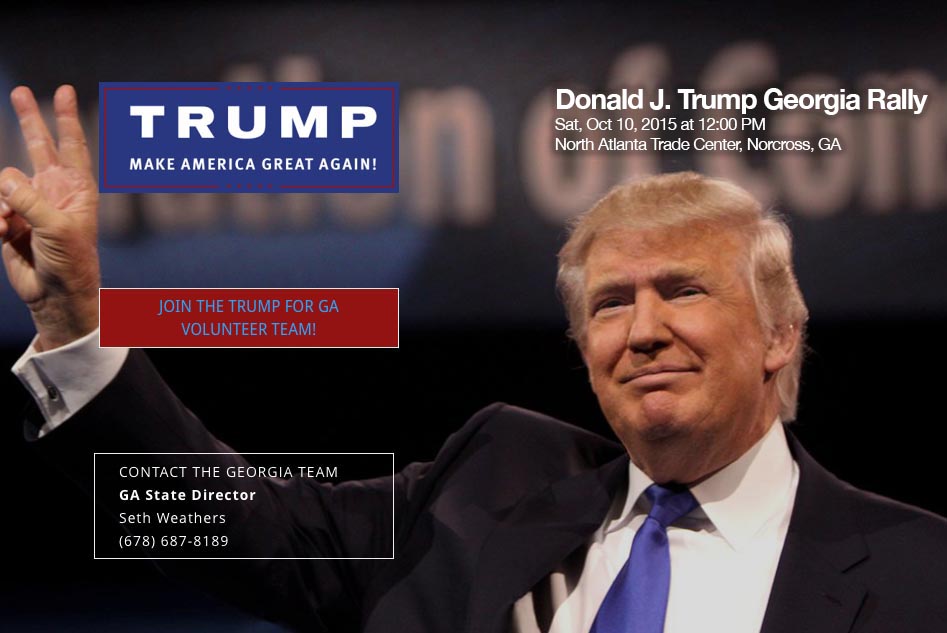 Donald J. Trump will land in Atlanta on Saturday, October 10, 2015 at Noon, with a rally at North Atlanta Trade Center, in Norcross, GA. Click here for your free tickets.

Click here to connect with the Trump Georgia Campaign.

In a statement Warnock said, “As much as I would have been honored to run and to serve, I have decided that, given my current pastoral and personal commitments, this is not a good time.”

Warnock’s decision leaves Georgia Democrats, at least for the moment, without a big-name candidate to oppose Republican incumbent Johnny Isakson. The party was excited by the prospect that Warnock would enter the race. Many saw him as an energetic candidate who could revive the party and get African-American voters to the polls. That in turn would attract Democratic presidential candidates to the state.

It’s not clear which Democrats might want to take on the difficult task of challenging Isakson. Major party names like Atlanta Mayor Kasim Reed and former state senator Jason Carter have already indicated they aren’t interested.

Last week, former Rep. Jack Kingston (R-Savannah) was asked on FoxNews, “you’d like to be Governor in Georgia, right?” and replied, “Sometimes it’s tempting, I’ll have to admit.”

Olens, who served as county chairman from 2002 to 2010, described what he saw as a pattern of successive presidents using executive action to circumvent Congress, taking aim in particular at President Barack Obama. He called for a return to the Constitution as a means to restrain government overreach.

Olens also spoke about his disagreements with the U.S. Supreme Court, but emphasized that even if he disagrees with court’s decision, he will abide by its rulings.

“For those of you who don’t like the composition of the Supreme Court, I would suggest you vote next November,” he said to applause, adding that the next president will likely appoint three justices.

Olens spoke about the need for collaboration between the federal and state governments, pointing to the recently-announced Clean Power Plan as an example of the federal government dictating not only air quality levels but how states should reach them.

“For those of you asking why Georgia hasn’t sued over the Clean Power Plan it’s because you can’t sue until it’s published,” he said. “I expect that when that rule is published you will see West Virginia take the lead … I presume you will see a majority — over 25 states — in that litigation, both (Republican) and (Democrat).”

Hall County and some of its municipalities are applying for state transportation funding through the Georgia Transportation Infrastructure Bank.

Although operating for several years, the state-run loan/grant program hasn’t been tapped into by area governments until last year, when Gainesville and Flowery Branch secured $2.1 million in funding.

“What makes GTIB such a potent program for a small city like Flowery Branch is that they are able to give significant grants and extremely low-interest loans to projects that need the critical match to get built,” Flowery Branch city planner John McHenry said.

“These are unencumbered dollars that don’t come with a laundry list of requirements, and (the bank is) a partner committed to your project’s success.”

Bert Brantley, deputy executive director of the State Road and Tollway Authority, which manages the bank, said the program’s main thrust “is to leverage limited state dollars available … to fund high-impact, high-priority local projects that need that last bit of funding to get to construction.”

“Where possible, we also like to advance projects with innovative design elements, so we have funded diverging diamond interchanges, roundabouts and other innovative techniques that, if proven successful, can be used around the state.”

The program is funded through state gas taxes, allocated in each year’s state budget.

The state has $29 million to award in the 2016 round of funding, Brantley said.

Today, the Warner Robins City Council will hold a public hearing on creating a tax allocation district with the hope of eventually seeing a hotel and conference center next to City Hall.

The Macon-Bibb Commission will vote Tuesday on whether to fund a study of the economic feasibility of minor league baseball in their local market.

A draft revision of the U.S. Army Corps of Engineers’ operating manual for the Chattahoochee River would allow more water for metro Atlanta and other areas along the river.

“It appears that the corps has confirmed that metro Atlanta has a minimal impact on the Apalachicola Bay, which we have long argued,” said Katie Kirkpatrick, an executive with the Metro Atlanta Chamber. “And it appears the corps has granted additional water supply for most of Atlanta, which is positive news.”

“Rip currents are a dangerous phenomenon that intensify when a hurricane is looming and I urge experienced swimmers and the general public to exercise caution when swimming at the beach,” said Captain Mark Fedor, chief of response for the Coast Guard 7th District. “Doing so could save your life, or the lives of your loved ones.”