“. . . on the first day of January [1863] . . . all persons held as slaves within any State, or designated part of a State, the people whereof shall then be in rebellion against the United States shall be then, thenceforward, and forever free.”

White vigilantes seeking to assault African-Americans after reports of four white women being assaulted led to the Atlanta Race Riots on September 22-24, 1906, which would claim the lives of at least 25 African-Americans and one white person.

On September 22, 1918, the City of Atlanta gasoline administator prohibited non-emergency Sunday driving to conserve fuel for the war effort. 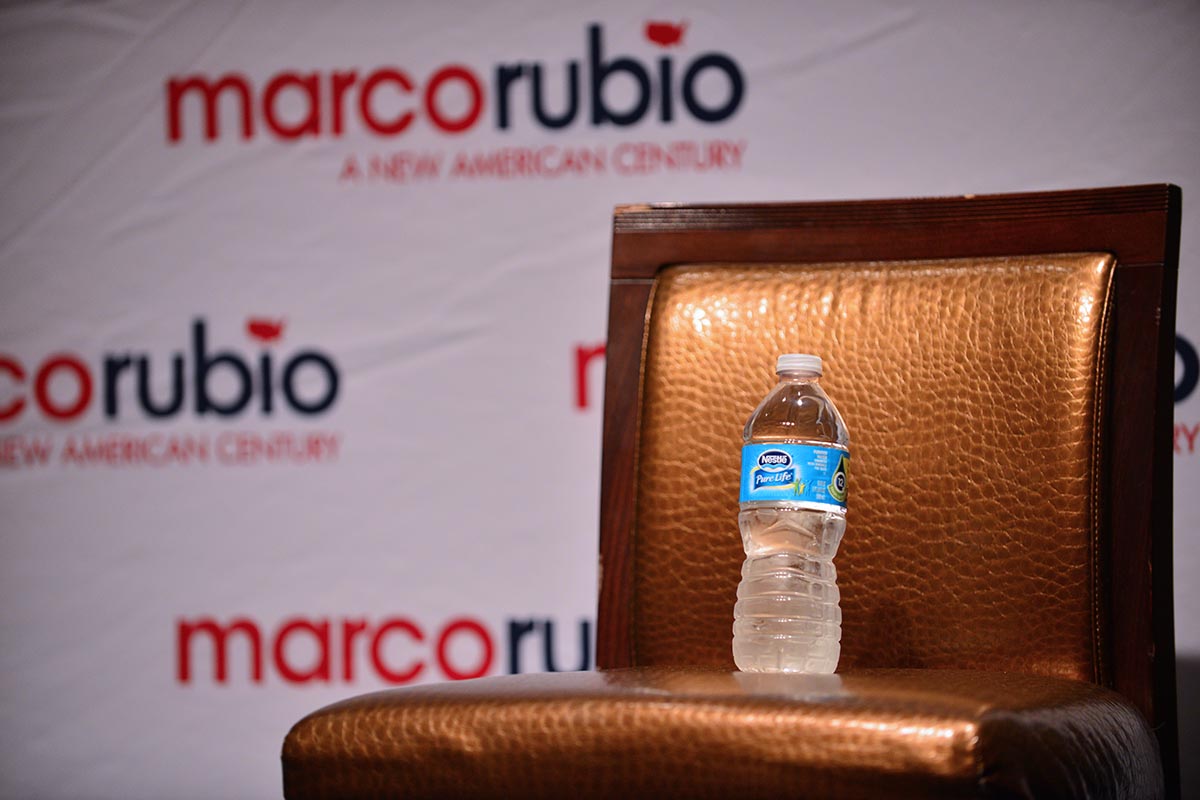 Here is perhaps the most controversial thing Rubio said yesterday: 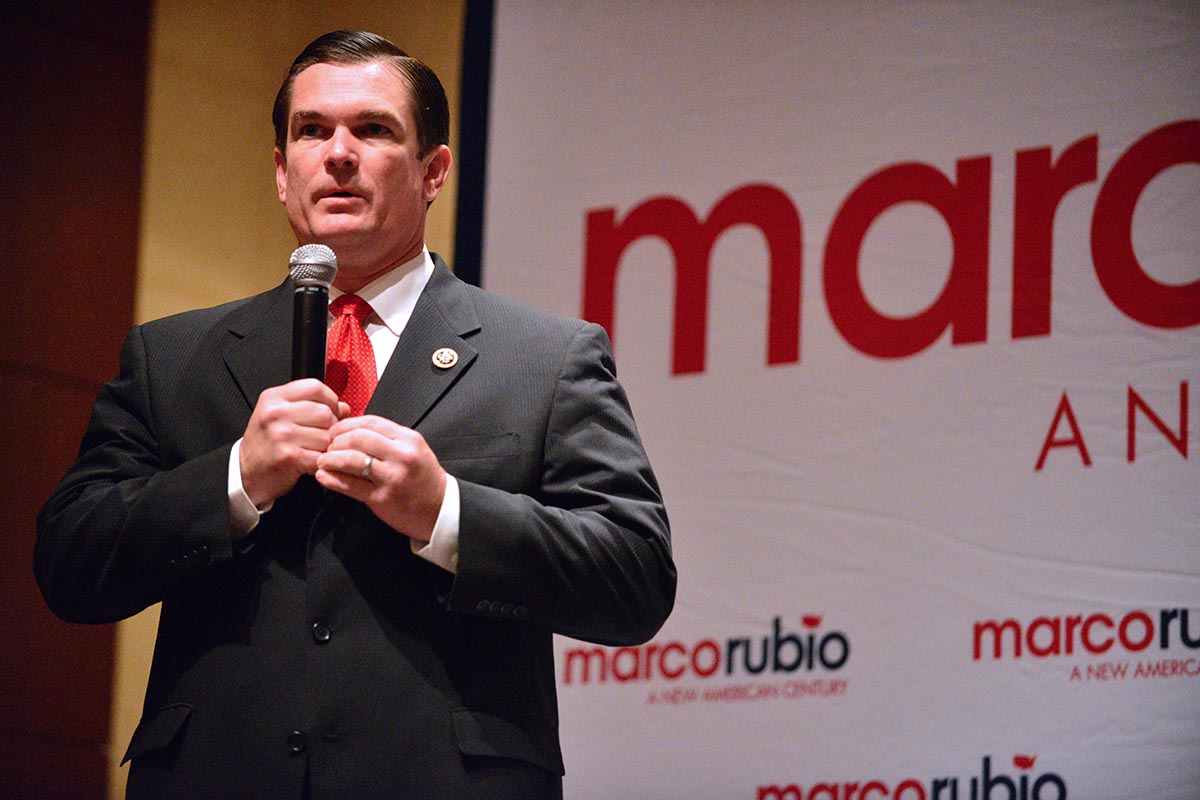 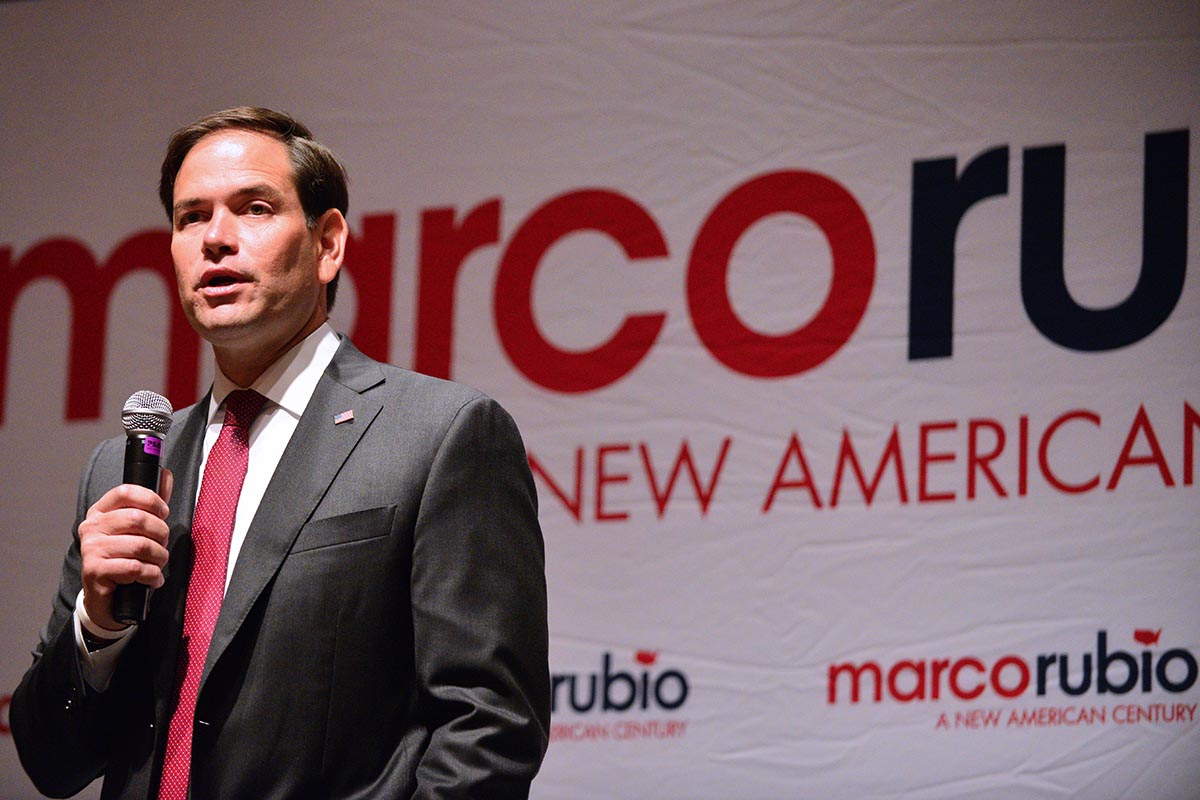 In the front row of the crowd were State Reps. Bert Reeves (with his lovely wife and their baby), and Trey Kelley (R-Cedartown), state Senator P.K. Martin (R-Gwinnett) and Senator Judson Hill, who had previously endorsed Wisconsin Governor Scott Walker. 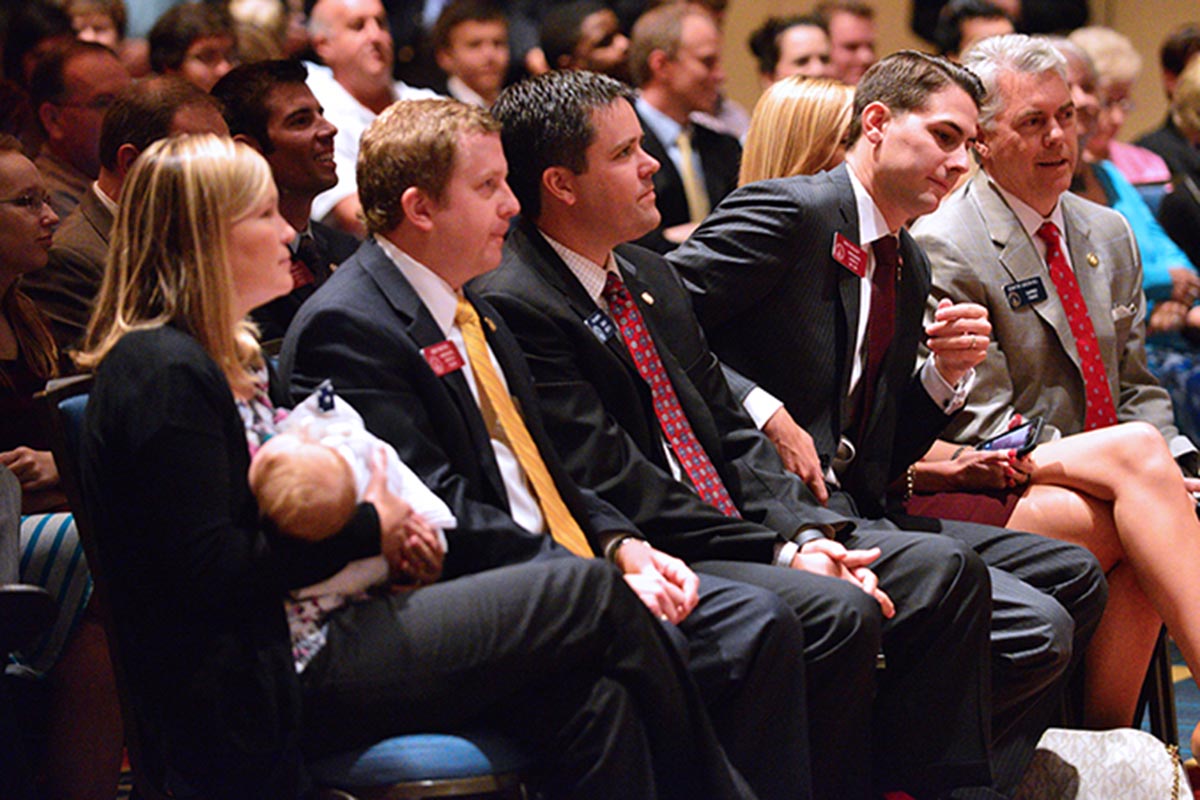 Did Judson Hill know that he would become a free agent in the Presidential race later that day?

Greg Bluestein has a wrapup of Rubio’s speech at the AJC.

The 44-year-old Republican warned a crowd of a few hundred supporters at a Buckhead hotel  that “America is on the road to decline” because of a Washington establishment that is increasingly out-of-touch with the rank-and-file.

“If you keep electing the same people, we’re going to get the exact same results. And I wish I could tell you that the people disconnected from your lives are all Democrats. And they are. But it’s not just Democrats,” said Rubio. “There are even people in my party as well.”

At Monday’s speech, the Florida senator vowed to be the “vocational education president” who would expand student aid to 16- and 17-year-olds seeking careers in welding and other high-growth hands-on fields.

He earned the sharpest applause, though, when he outlined what he said would be a more muscular approach to foreign policy.

Rubio repeated his pledge to reverse the Iranian nuclear deal his first day in the White House, enthusiastically embrace Israel and check the ambitions of Russian leader Vladimir Putin, who Rubio called a “thug” and a “gangster.”

Later yesterday, news began to circulate that Wisconsin Governor Scott Walker would be pulling out of the Presidential race.

Gov. Scott Walker of Wisconsin, whose early glow as a Republican presidential contender was snuffed out with the rise of anti-establishment rivals, announced Monday that he was quitting the race and urged some of his 15 rivals to do the same so the party could unite against the leading candidate, Donald J. Trump.

“Today I believe that I am being called to lead by helping to clear the field in this race so that a positive, conservative message can rise to the top of the field,” Mr. Walker said. “With this in mind, I will suspend my campaign immediately.

“I encourage other Republican presidential candidates to consider doing the same,” he said, “so that the voters can focus on a limited number of candidates who can offer a positive, conservative alternative to the current front-runner.”

After Walker’s announcement, the other campaigns started talking to former Walker fundraisers and supporters.

The most sought-after prizes for Republican candidates still in the race will be Nebraska billionaires Joe and Marlene Ricketts, who had already given Walker’s super-PAC at least $5 million, and Wisconsin roofing billionaire Diane Hendricks who gave Walker’s Unintimidated PAC a further $5 million.

While donors look at other campaigns, those campaigns are looking at who they can recruit from Walker’s organization.

“We are prepared as people move on in the race to capitalize on that,” he said at an event in Washington for presidential campaign managers. He did not clarify which of the three Walker New Hampshire co-chairs was switching over.

Rubio is picking up more support as well.

Drew Johnson, South Carolina Executive Committeeman from Chester County, who was an early supporter of Walker, said in a statement Monday evening that he will now support Rubio.

“After great thought, I’ve decided to support Marco Rubio for President. Marco has a positive vision for a New American Century and he is the candidate who gives our party the best opportunity to defeat Hillary Clinton in 2016. Marco has my complete support and I look forward to helping him win South Carolina’s primary in February.”

“After much thought and discussions with Senator Rubio’s staff this weekend, I had the opportunity to meet with Senator Rubio this morning and discuss his vision for our country. His optimistic vision is exactly what we need to move our country forward, and I am honored to endorse Rubio and will work hard to help him become our next President.”

“Senator Rubio has a refreshingly optimistic message and plan to restore America to greatness. Americans face many challenges today, however our strength and standing in the world cause me perhaps the greatest concern. I believe that Marco has the experience and the foreign-policy background to protect and defend Americans both at home and abroad.”

The Ted Cruz campaign also picked up some of the pieces of the Walker campaign.

One of Walker’s Georgia state co-chairs,  Louie Hunter, will now help Cruz in the delegate-rich state. Cruz sees Georgia as critical to success in the so-called “SEC Primary,” a regional blitz of states that vote March 1.

In an interview, Hunter said he received calls Monday from the campaigns of Carly Fiorina and Sen. Marco Rubio (R-Fla.) and Cruz’s father, Rafael, a pastor.

Hunter said he believes Cruz will deliver on the same message that attracted him to Walker, that “it’s time to take America back to a very conservative values system.” He also believes that Cruz, who is working to shoring up grass-roots support nationwide, is forging a path to the nomination.