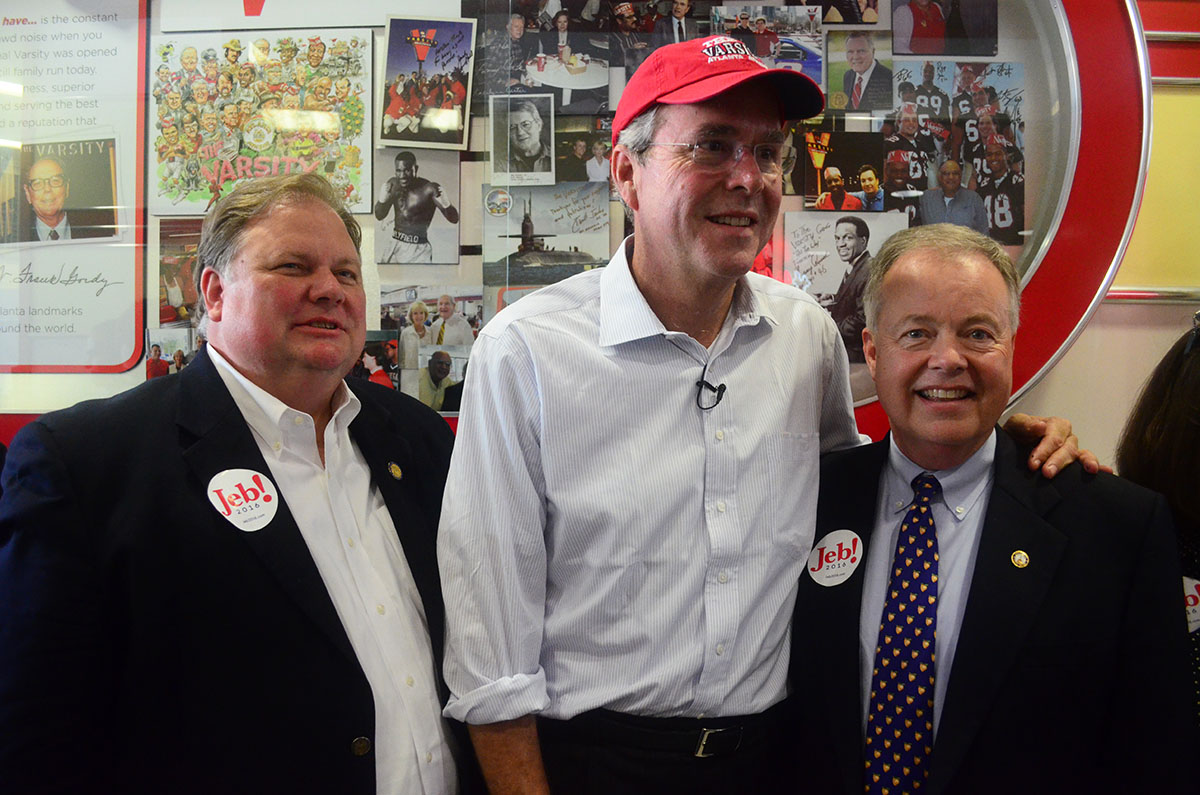 “Governor Bush has a proven conservative track record, as Governor he cut taxes, reduced the size and scope of government and created 1.3 million private sector jobs.  Finally, when he left the Governor’s office, he left the state of Florida with an $8 billion dollar rainy day fund surplus. This is the leadership we need in Washington DC,” said State Senator Brandon Beach (R-North Fulton).

“Governor Bush has a proven track record of bringing people together to get results without compromising his conservative principles. Gov. Bush has tremendous experience as a successful Governor of Florida and I am confident he is the leader our country needs,” said State Senator Jeff Mullis (R-Chickamauga).