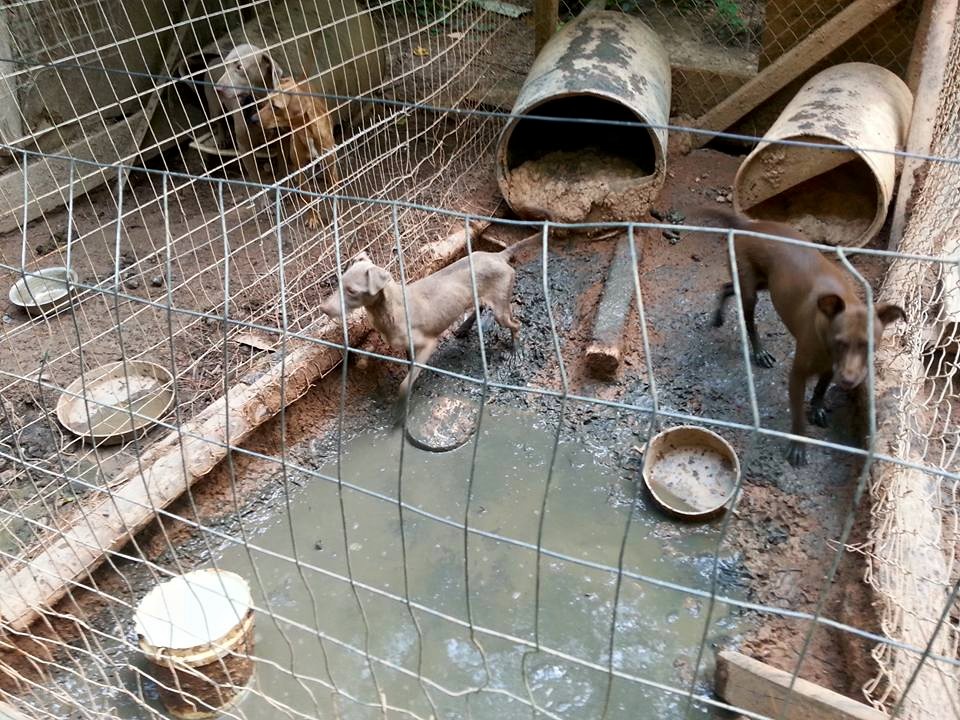 The Griffin Mud Dogs are 37 dogs living in muddy pens – it sounds like the owner became overwhelmed and the dogs are living in less-than-ideal conditions. A rescue group is coordinating finding homes, veterinary care, and supplies to improve their conditions until they can be adopted and fostered. Click here to find out what you can do to help by donating food and supplies, time and effort, or money. 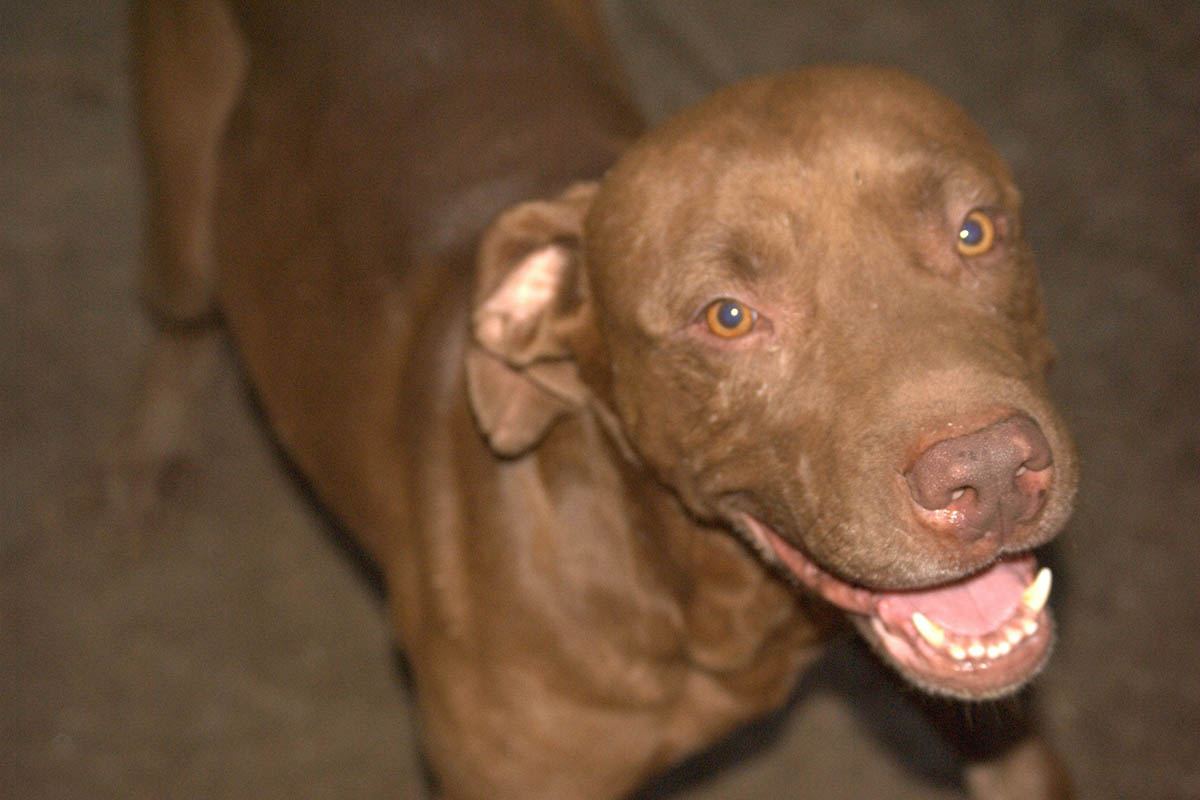 Gus is chocolate male Pit mix and 4 years old. Gus is people friendly, but his status with dogs is unknown.

He is currently not neutered, nor up to date on vaccines. Gus is current on his rabies vaccine, however. His HW status is unknown at this time.

Funds are being raised to have Gus and all other dogs HW tested and fixed. If you are interested in sponsoring Gus’ vetting, please donate here.

If you are a rescue and are interested in taking Gus in or if you can foster Gus until a rescue or permanent home is found, please email contact@gawatchdog.com. 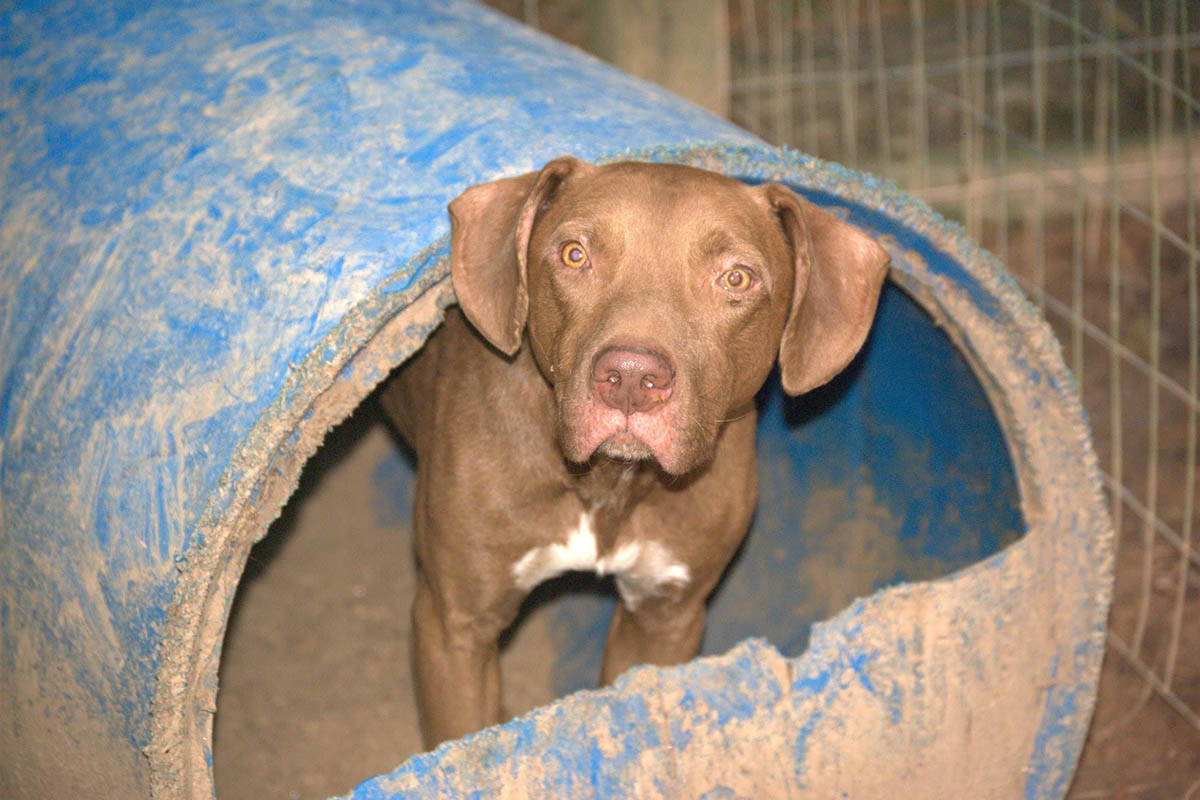 Tater is a chocolate male with white markings, a Pit/Weimaraner mix about 4 years old. Tater is people friendly and dog-friendly.

As you can see in the photos, Tater has some sort of skin condition on his back end. We are unsure of the cause yet, but it is isolated to Tater and his pen partner TJ. We believe it may be one of 3 causes: 1. Demodectic Mange, 2. Flea or another Environmental allergy, 3. Irritation from constant scraping on the buckets used for shelter. Tater will need to be evaluated by a vet.

He is currently not neutered, nor up to date on vaccines. Tater is current on his rabies vaccine, however. His HW status is unknown at this time. 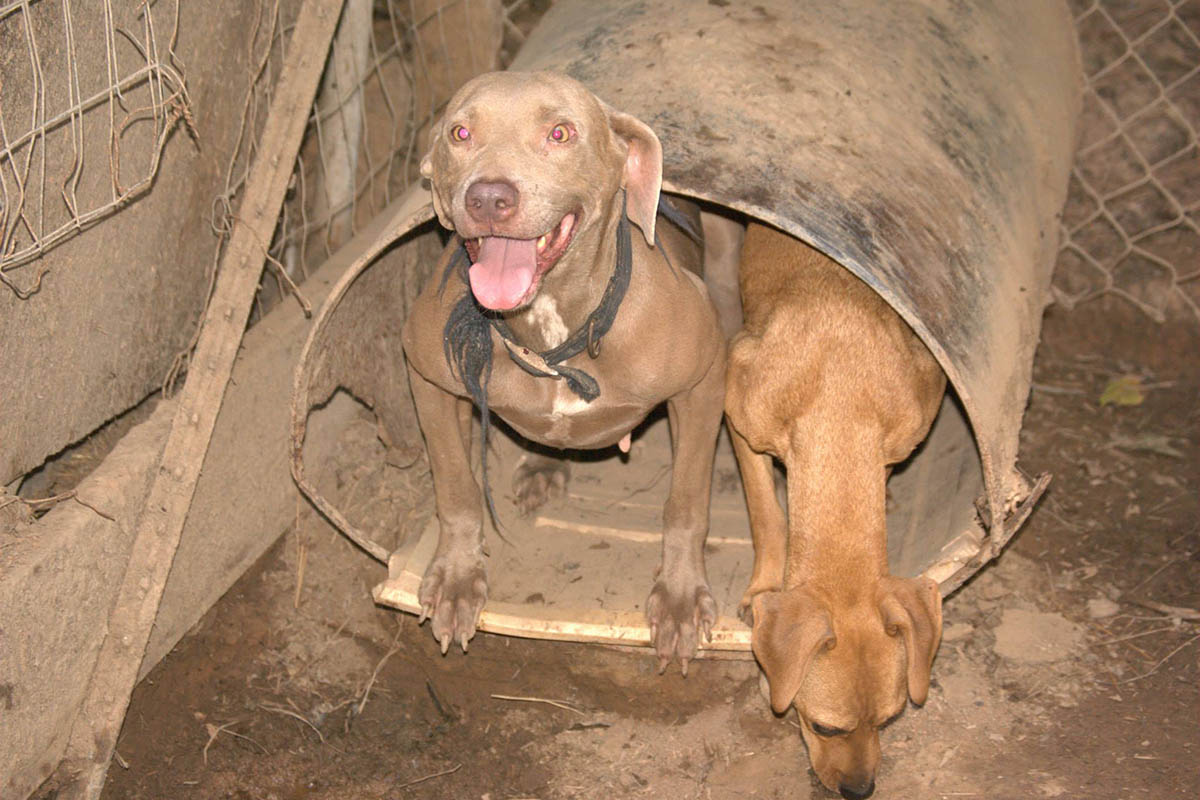 Susie is a grey female Weimaraner mix with white markings about 4 years old. Susie is great with people and other dogs!

She is currently not spayed, nor up to date on vaccines. Susie is current on her rabies vaccine, however. Her HW status is unknown at this time.

Funds are being raised to have Susie and all other dogs HW tested and fixed. If you are interested in sponsoring Susie’s vetting, please donate here. 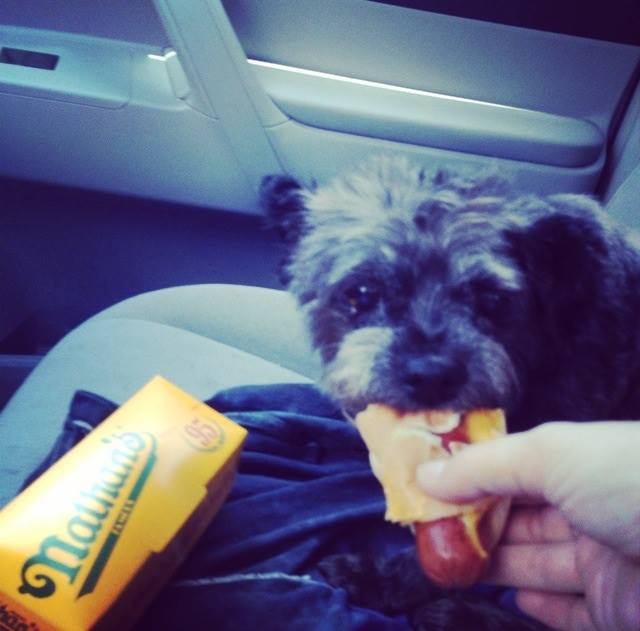 In Columbus, Georgia, Nicole Elliott is caring for a terminally-ill dog named Chester and making sure his final days are filled with love and hot dogs.

Meet Nicole Elliott, the 24-year-old mom and animal foster parent who is caring for Chester. She picked him up from Animal Ark, a nonprofit animal rescue, where they told her of his fate.

“He wasn’t in the best shape. They bathed him and shaved away all of the matted, dirty hair. They found a very large tumor on his side, and had it removed. Since then they have shown up all over his body,” Elliott said.

Elliott says Chester’s history is mostly unknown before April 2015, when Animal Ark rescued him from a high-kill shelter in Columbus after his owners dropped him off there. Chester is a senior dog, about 13 or 14 years old.

“I was scrolling through, and saw a post with a before and after picture, and ‘hospice needed’ as the title. I had to think hard about if I could handle this since I have a young daughter, and my Grandma just passed away,” Elliott said. “I slept on it, and woke up knowing it was the right thing to do. I knew that it would be my responsibility to make his final days the best I could, to mine and his ability. I arrived before the shelter opened, and they let me in to get him. I fell in love the moment I saw him.”

“I am taking it a day at a time and trying to give him normal doggy experiences that he may have never had the chance to do before, and a ton of spoiling. So far he took a ride with the windows down, he had a famous Nathans hot dog, he had a doggie sundae, he had a milk and oatmeal bath (spa day), he went on a shopping spree where he got a cozy bed, bandannas, lots of treats, and toys. Out of all of that his favorite part has been any of the food and treats – he still has a HUGE appetite!”

She has other plans for Chester that include a dinner at a nice restaurant, a day at the beach and a birthday party at the animal rescue with his four-legged friends.