On July 4, 1868, the Georgia General Assembly convened for the first time after passage of the Constitution of 1868 with a legislature comprising 186 members, of whom 36 were African-American.

On July 6, 1885, Louis Pasteur successfully tested a rabies vaccine on a human subject.

On July 4, 1889, the Georgia State Capitol was dedicated, then housing all three branches of the state government.

The Clash played their first live show on July 4, 1976 at The Black Swan in Sheffield, England.

Huckabee, who enjoyed evangelical support on his way to winning eight states in his 2008 White House bid, called the ruling [by the Supreme Court allowing same-sex marriage]”radical” and “illegal.”

“I want to serve notice that the Supreme Court is just the supreme of the court system that is one of the three equal branches of government,” Huckabee told hundreds of members of Rock Springs Church in a rural area outside metro Atlanta. “It is not the supreme branch, and it most certainly is not the supreme being.”

Cruz, the Texas senator, said a five-justice majority “ignored the text of the Constitution” and said the cascade of judicial and public support for same-sex marriage threatens religious liberty in America. He said he hopes the ruling “serves as a spark, to start a fire that becomes a raging inferno as the body of Christ stands up to defend the values that have built America.”

Their appearance about 50 miles south of downtown Atlanta is part of the early, concerted scramble for the conservative evangelicals who remain an important bloc of the GOP presidential electorate. Christian conservatives have long held considerable influence in Iowa, which hosts the first caucus of the primary season, and in South Carolina, home of the South’s first primary a few weeks later.

Rev. Benny Tate, pastor of the 6,000-member Rock Springs congregation, joked about the attention. “Our zip code is E-I-E-I-O,” he said, “and we’ve got two presidential candidates. How about that?” But the minister is also a serious player in Republican politics, with many Georgia politicians, and now national ones, courting his public approval, if not his explicit endorsement.

Tate told the assembly that Huckabee, as Arkansas governor, signed “a ban on partial-birth abortion,” referring to the termination of late-term pregnancies. He hailed Cruz for “standing against the Democratic Party … and even against the Republican Party.”

Huckabee, the former Arkansas governor who won Georgia’s primary in 2008, predicted a protracted fight against the 5-4 decision by the Supreme Court (he called it the “extreme court” to scattered laughter) that struck down bans on same-sex weddings.

“Over the next few years I fully believe that people of faith, whether they Christians, Jewish, whatever they may be, are going to be called upon, and already are, to determine, ‘Will you serve God or will you serve government?” he said. “And I wonder, will we be as faithful to our faith and to our freedom as those men who signed that declaration 239 years ago?”

Cruz, the Texas senator and another favorite of religious conservatives, spoke of a brewing “awakening” to defend the values of conservatives in the wake of the marriage ruling and the court’s earlier decision to uphold a cornerstone of President Barack Obama’s healthcare law.

“In this last election, 54 million evangelical Christians stayed home,” Cruz said, his voice rising. “It’s my hope that that marriage decision serves as a spark to start a fire that becomes a raging inferno and awakening that sweeps this country as the body of Christ rises up to defend the thousands that have built America into this great nation.”

I interviewed both Gov. Huckabee and Sen. Cruz and we’ll post those in the next day or two. But here are some scenes from the Rock Springs Church Independence Day Celebration.

I caught up with Gov. Huckabee and his counterpart, former Georgia Governor Sonny Perdue in the building that hosted a 6 PM VIP confab with Huckabee and Cruz. 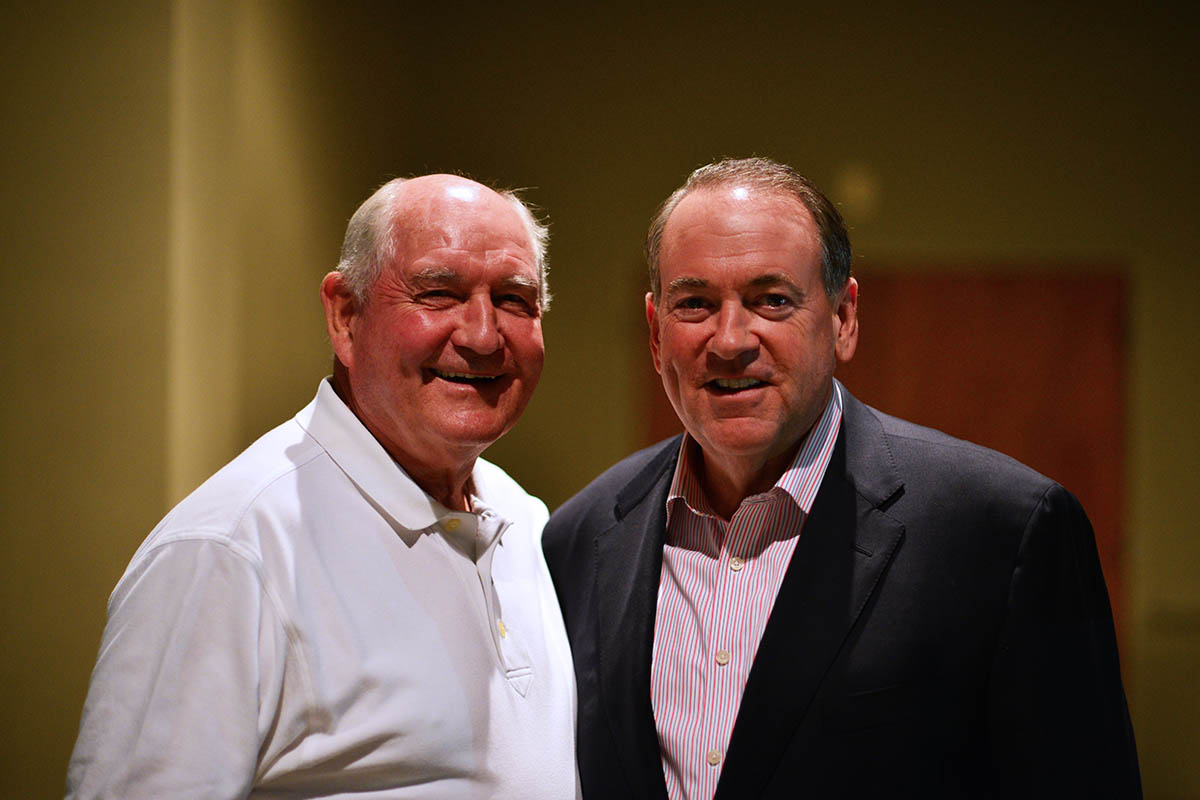 Huckabee and headliner Charlie Daniels greeted each other like old friends. 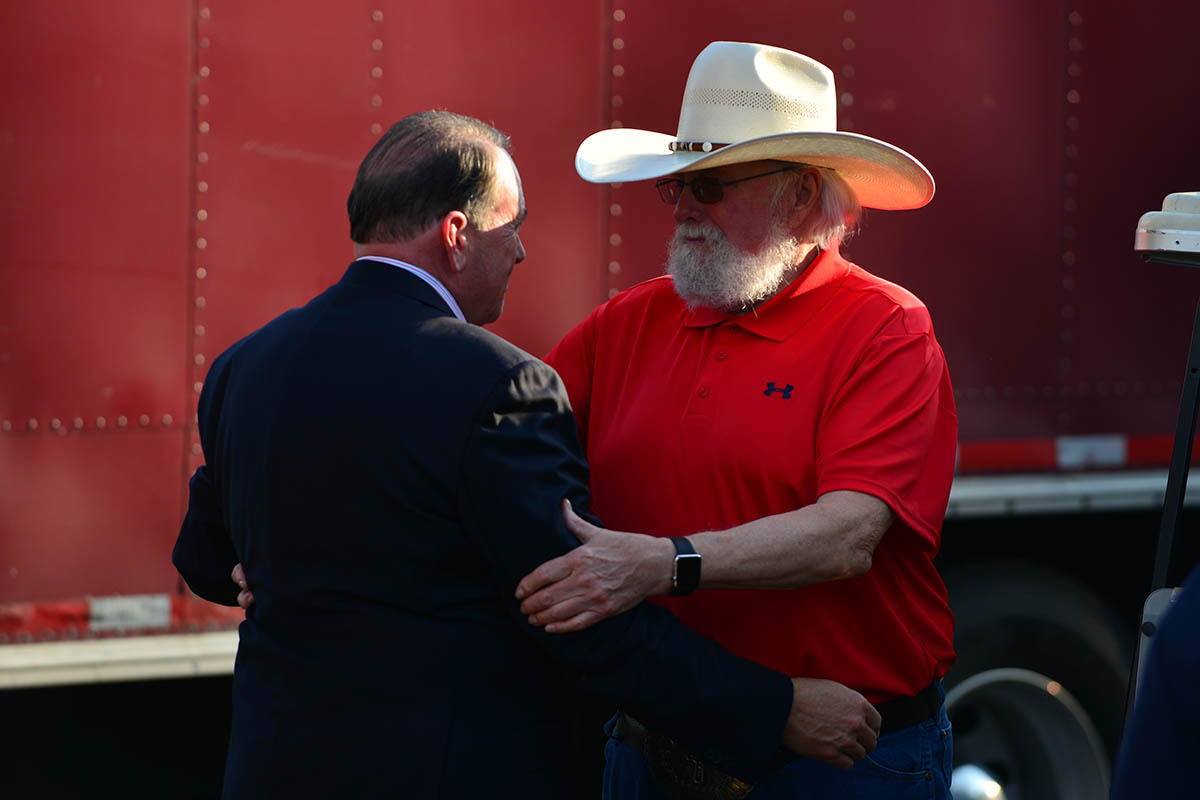 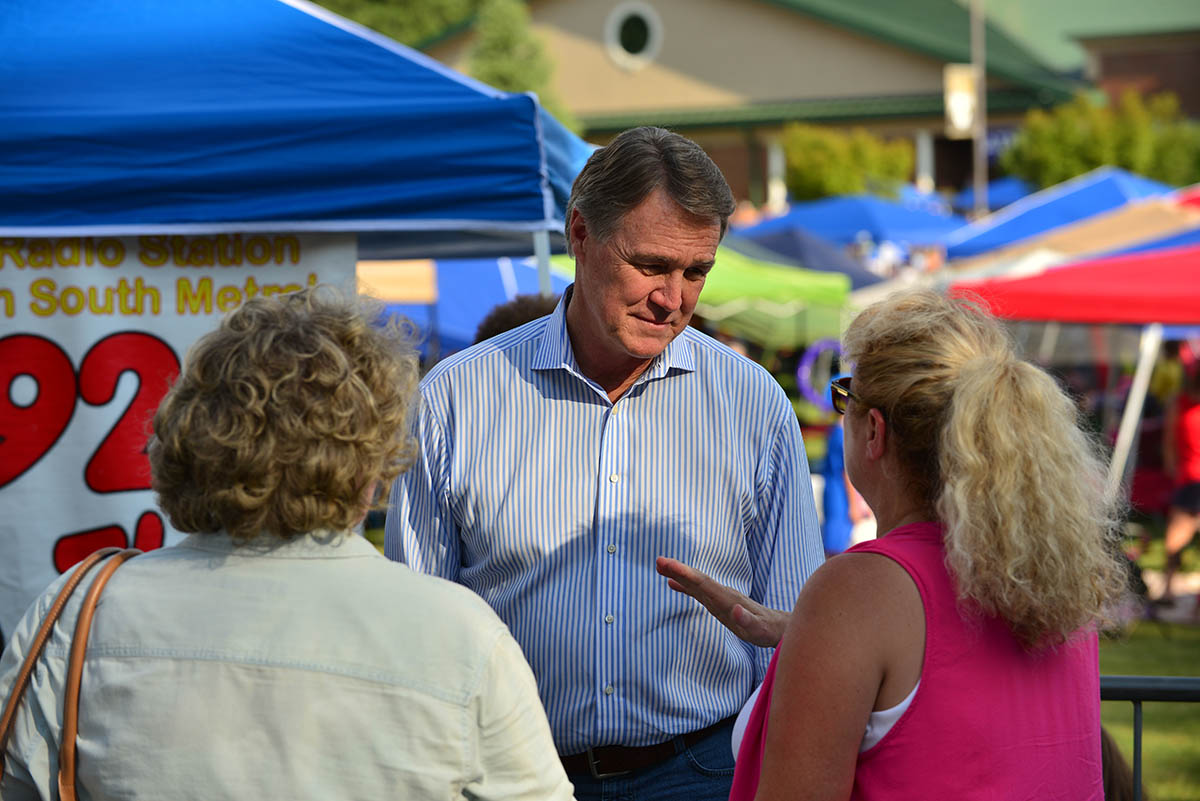 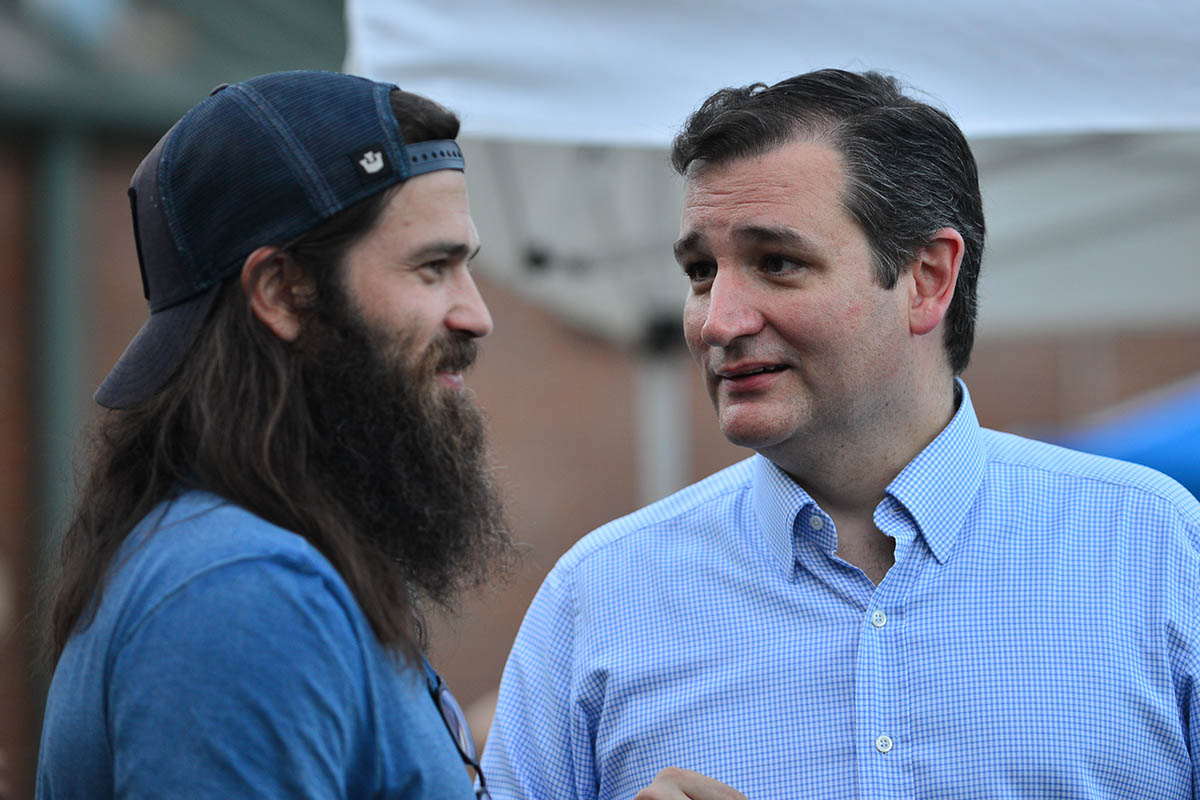 And prayed with a fellow who came through the book-signing line. 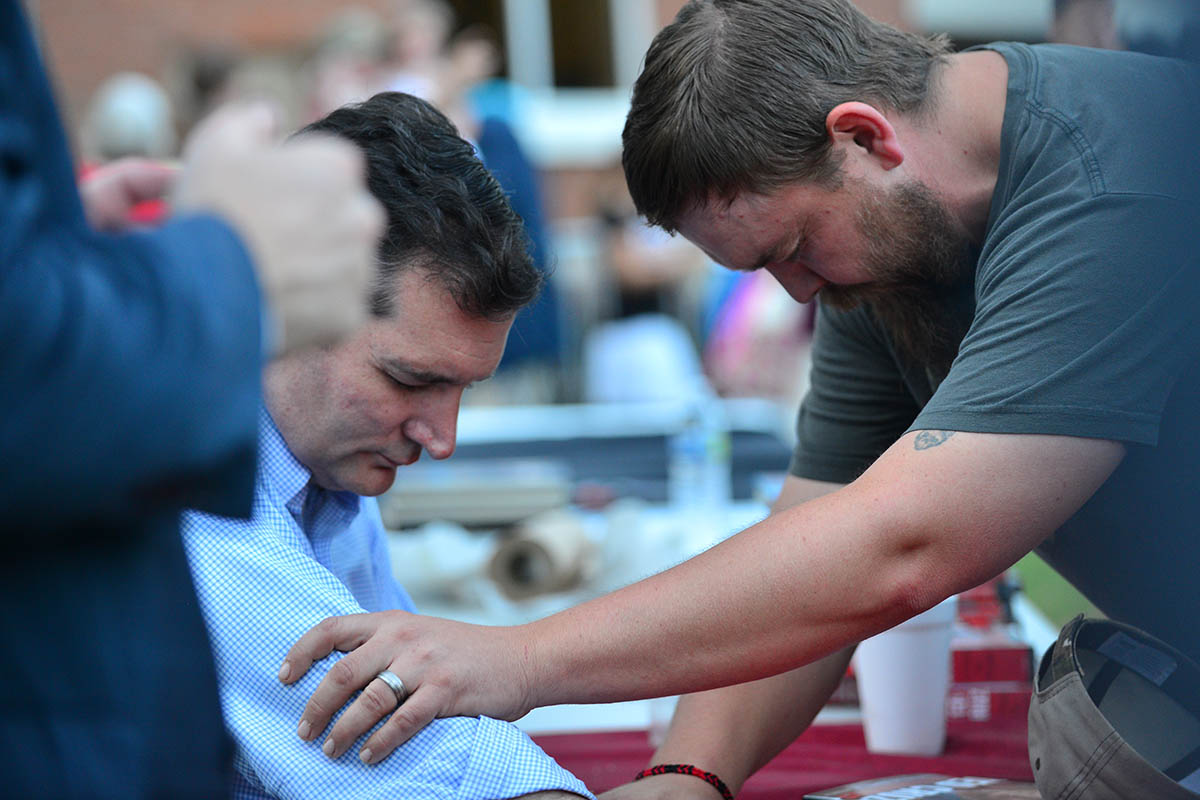 And got selfied with your humble narrator. 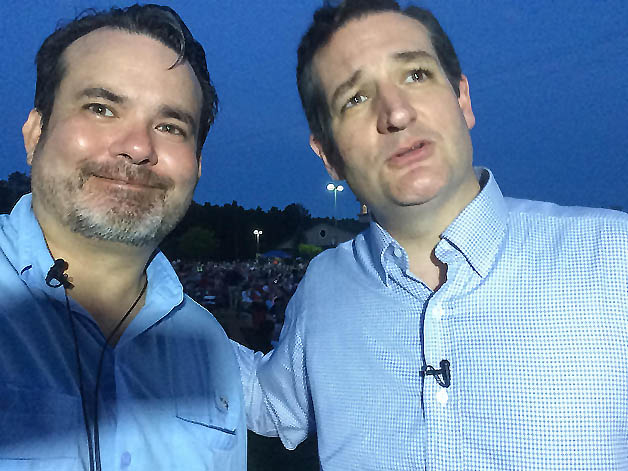 Charlie Daniels Band absolutely tore it up, including great renditions of “Tangled Up in Blue” and “Amazing Grace.” 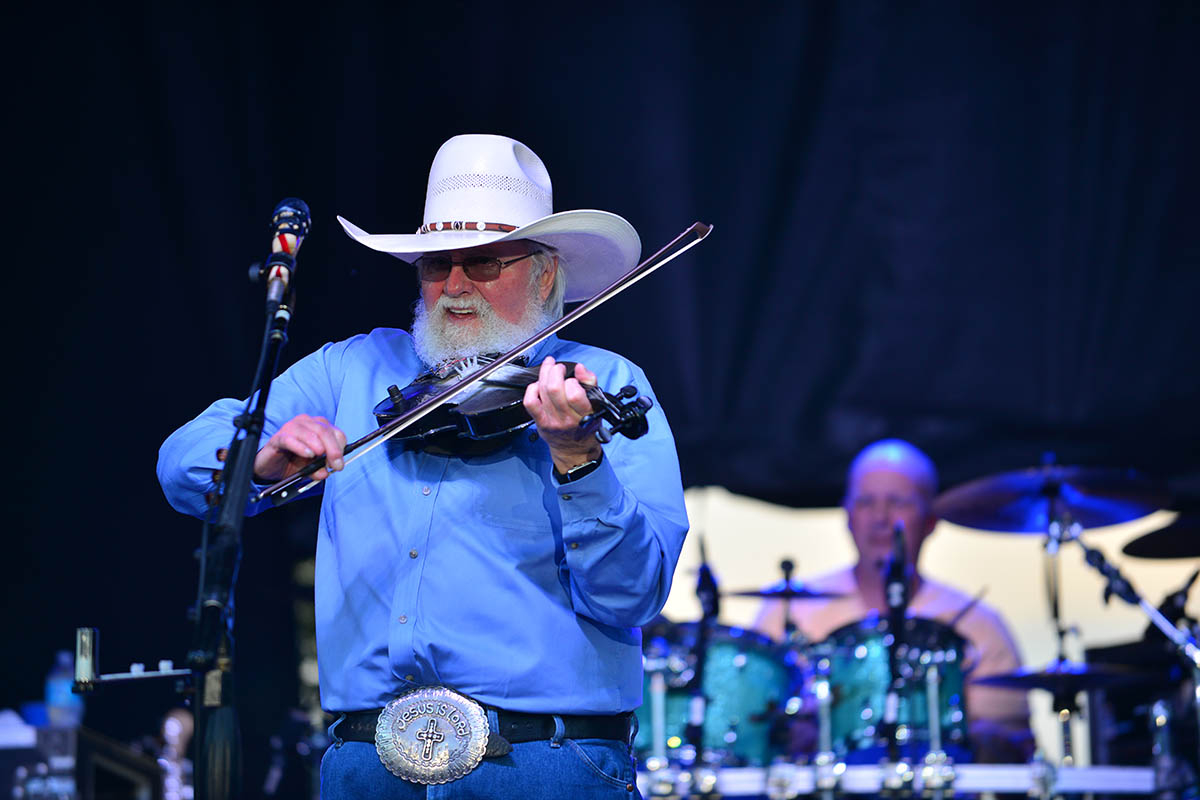 I saw State Senator Marty Harbin in the crowd and onstage and was told Sen. Mike Crane joined him, though I didn’t see Crane myself.

Here’s a programming note. The trip by Sen. Cruz was sponsored by the publisher of his book, and for ethics reasons, could not be coordinated by or with his campaign. So it was difficult to get in touch with his people on the scene. Also, someone mentioned on Facebook that they missed his Augusta book-signing and were surprised that their local GOP didn’t let them know. While letting local GOPs know of Cruz’s visit would have moved more books at most of his signings, either the publishers thought it would be improper and too campaigny, or they didn’t know who to talk to. Either way, Cruz will be back in Georgia in August for the RedState Gathering and will be announcing campaign leadership in Georgia soon, so I expect he’ll be back. 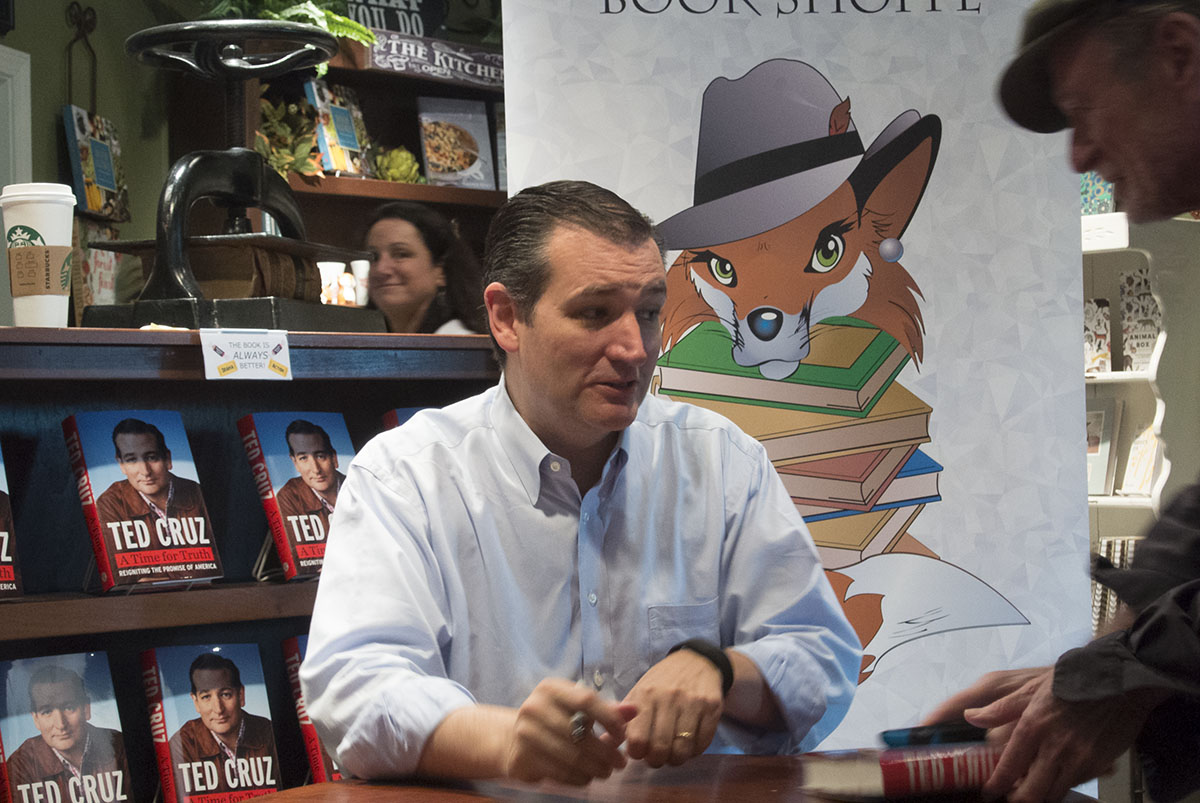 And at Eagle Eye Book Shop near Emory. 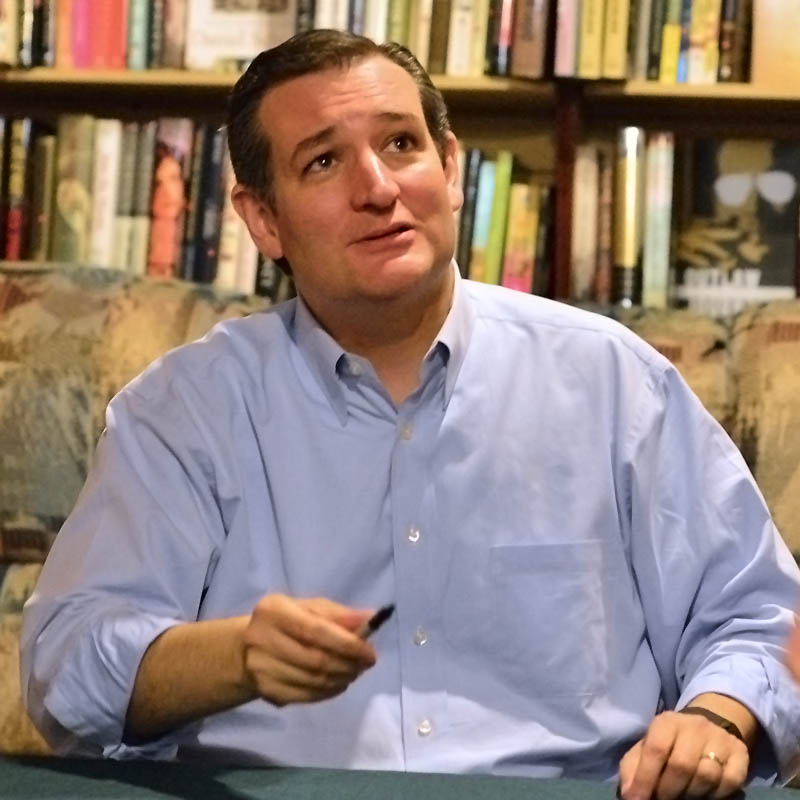 Here’s our interview with Gov. Huckabee in January of this year.

Fourth of July parades in North Georgia featured a familiar flag and a message that many wouldn’t have expected, according to FetchYourNews.com.

Heritage not hate seemed to be the common theme today among several groups celebrating the 4th of July.

There was a confederate flag being carried by a black man in the Pickens County Georgia Parade and that was the message emblazoned across it, “Heritage Not Hate.”

The trending message today from many areas in North Georgia and other areas seem to send a message that a large number of people simply believe the Confederate Flag represents heritage and nothing more. Maybe people just decided to exercise their “rights” after all it is Independence Day! Happy 4th of July!

Sorry, but I’m one of those endangered white Southern males who has always been OK with “Heritage, not Hate.” I have been told by those who have the incredible power to know my heart that “Heritage, Not Hate” is a sneaky cover for my bigotry.

If I hate blacks, why did I fight segregation during my youth and young adulthood? Why am I having breakfast next week with a black friend whom I love like a brother? Why did my two sons, during high schools years, bring their black friends to our home? I want those who have the incredible power to know my heart to answer these questions.

As an elected official in well-educated Cobb County, I marched in parades and attended memorial services under the auspices of Confederate organizations. Never have I associated with more decent people. They weren’t racists, just lovers of history and of their own particular heritage. If associating with such good people makes me suspect, I’ll gladly bear the burden.

Bringing down the Confederate flag won’t do one thing to improve race relations. It only shows intolerance for a segment of the citizenry and a denial of a phase of our history. Do governors and CEOs really think they can appease Al Sharpton? This knee-jerk cleansing will help nothing.

Regarding my black friend and our meeting next week, he doesn’t like the Confederate flag. I do. But we’re Christian brothers and have actually laughed about it all. We both love history, and I believe each of us truly does know the other’s heart.

At the Rock Springs Independence Day Celebration, I saw a Confederate flag and 1956 Georgia Flag in the parking lot and another two Confederate flags in the same tent at the event itself. 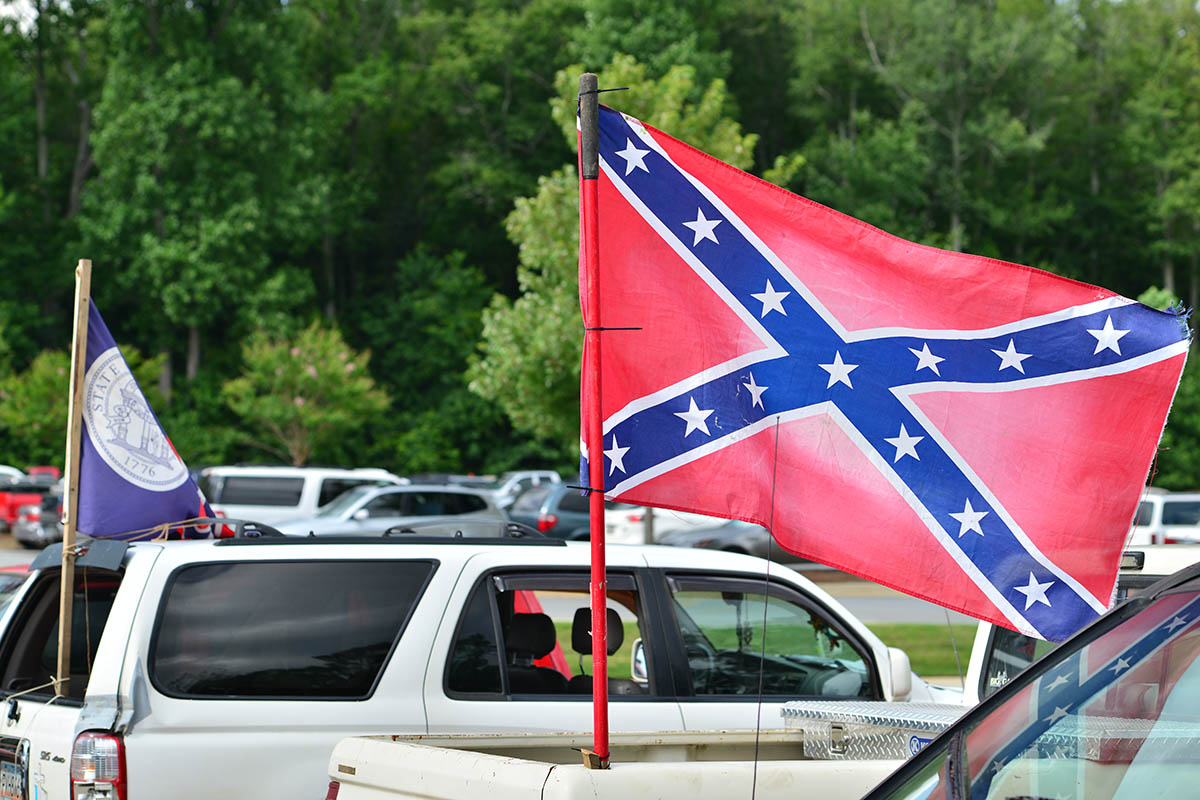 And also this flag, which adorns the lapels of some members of the Georgia State House of Representatives. 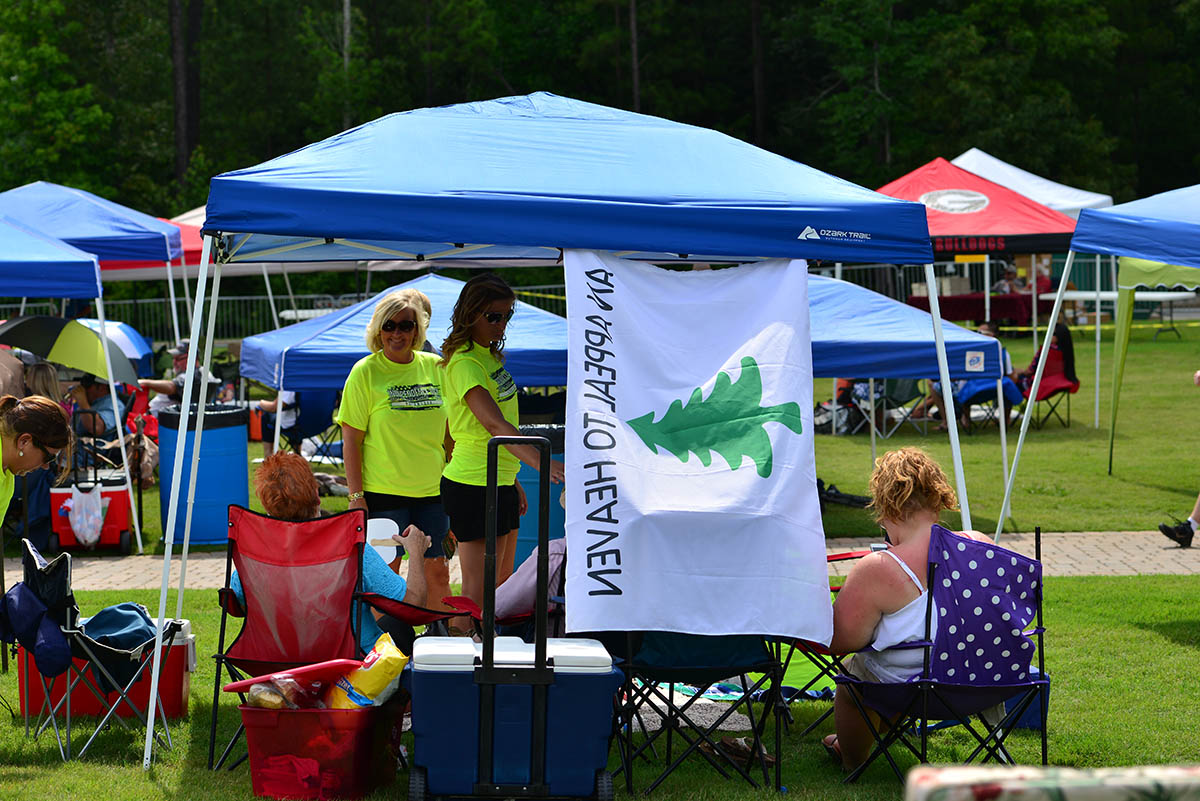 Voting on the Fourth of July

I drove to the DeKalb County Voter Registration and Elections office on Saturday morning to vote early. This will probably be the only chance I ever have to vote on the Fourth of July, so I took it. 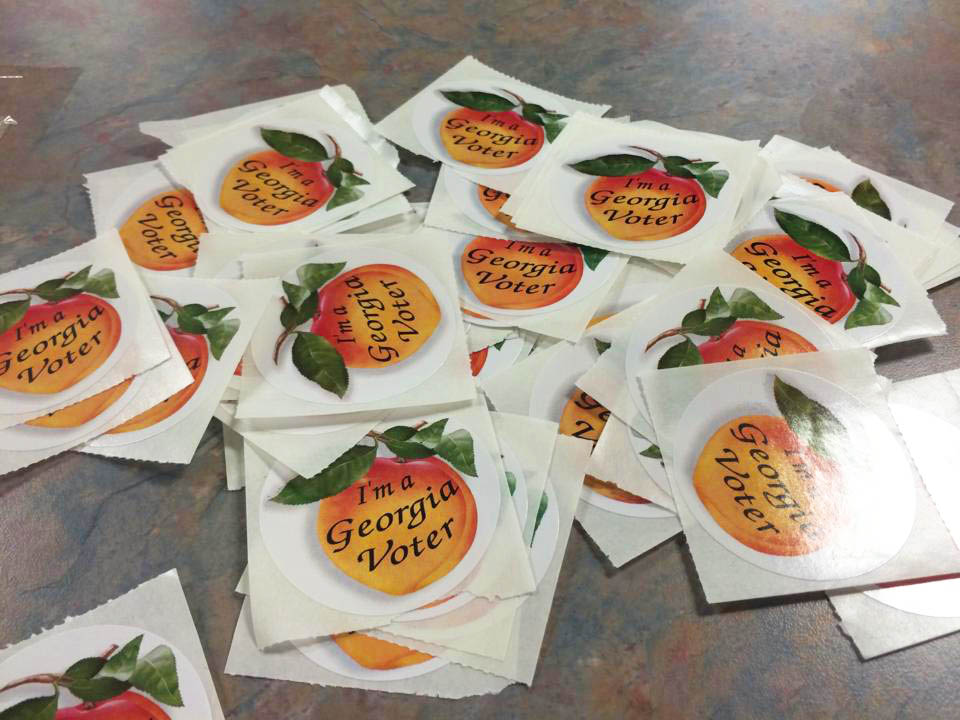 In DeKalb, a major Metro County that has a Special Election for State House District 80 and a Special Runoff Election in a County Commission District that is home to some 140,000 souls, I was the first HD 80 voter of the day. After the elections office opened at 10 AM, I arrived at 2:30 to cast the first ballot. Today, I checked the early voting records from the Secretary of State’s office and it turns out I was the only voter from House District 80 all day. Commission District 5 saw 15 ballots cast that day.

Houston County, where a Special Election is being waged in House District 155 saw 45 ballots cast on July 4th, 2015.

In House District 155 Advance Voting on July 4, we tallied the numbers: