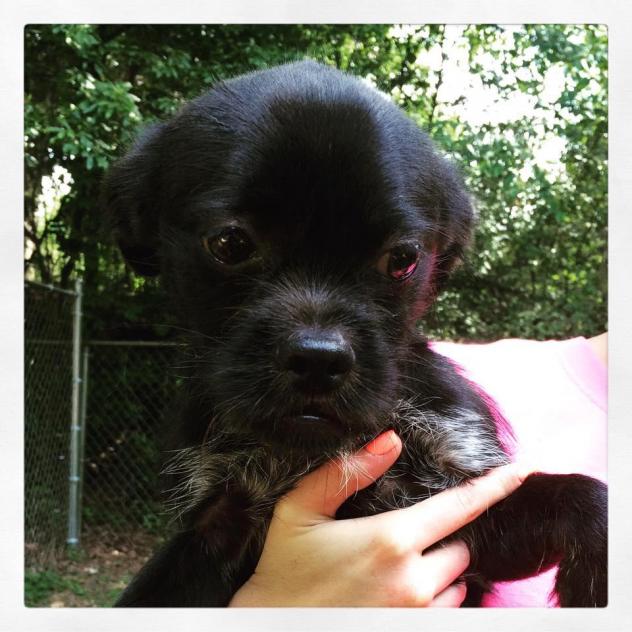 So far in his foster home, Alejandro has been happy but somewhat timid. He likes to explore and does so with a wagging tail, however he seems to be very alert. He will likely settle in some with time, so we will update once that happens. He is fine with other dogs his size or smaller, but has not spent any time with cats or been tested with human children yet. 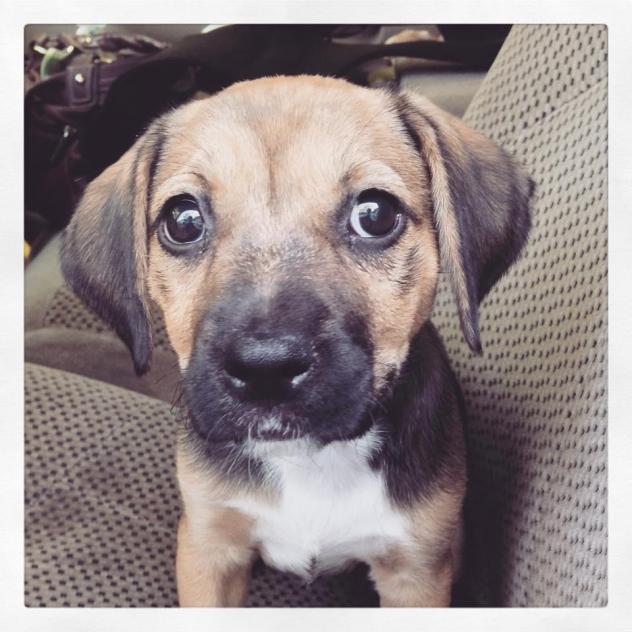 Clara is a baby Hound and Terrier mix girl, about fourteen weeks old, who is available for adoption from Hickory Level Hound Rescue in Carrollton, GA.

Clara went straight to a foster home after her vet care was completed and they report that she is an absolute cuddle bug!! She does however, love to play. She has a favorite soft toy that she will fetch over and over. She is intelligent and not overly energetic or destructive at this point. Her attention span is short right now, but that should change as she matures.

She is doing ok with crate training and has just begun leash walking. It is slow going, but that is mostly due to her age.

Both hounds and terrier, especially those of bully descent are extremely intelligent BUT both are also VERY stubborn!! An experienced adopter would be fantastic!!

Her foster group believes that she will be a medium sized dog when fully grown….probably between 30 and 55 pounds. Her ideal home would have a fenced in yard. 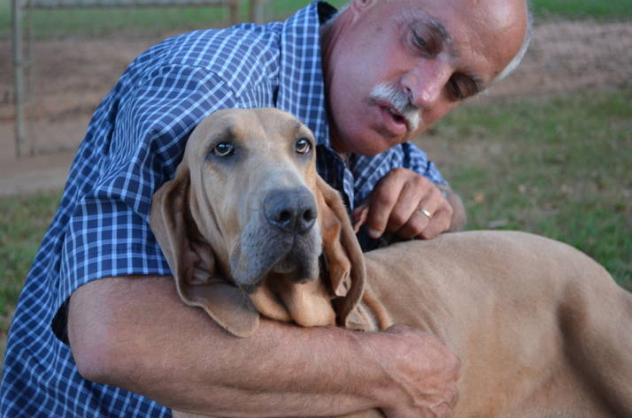 Nell is a 4-year old female Redbone Coonhound who is receiving treatment for a mild heartworm case and is available for adoption from Southeast Bloodhound Rescue in Carrollton, GA. 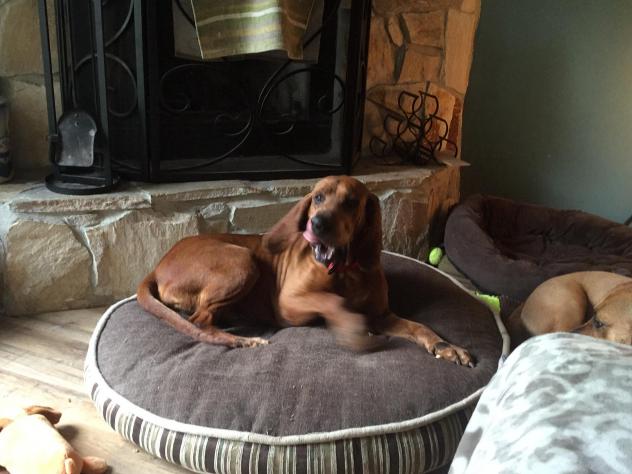 Shadow is an adult male Bloodhound mix who is available for adoption from Southeast Bloodhound Rescue in Carrollton, GA. He is shown here in one of two natural habitats that hound dogs are known to inhabit. The other natural habitat of the hound dog is the couch.