All dogs are urgent at the Gwinnett County Animal Shelter due to overcrowding, high continuing intake, and the usual summer population explosion. If you’ve been considering adopting or fostering, this is a great time to save a life. 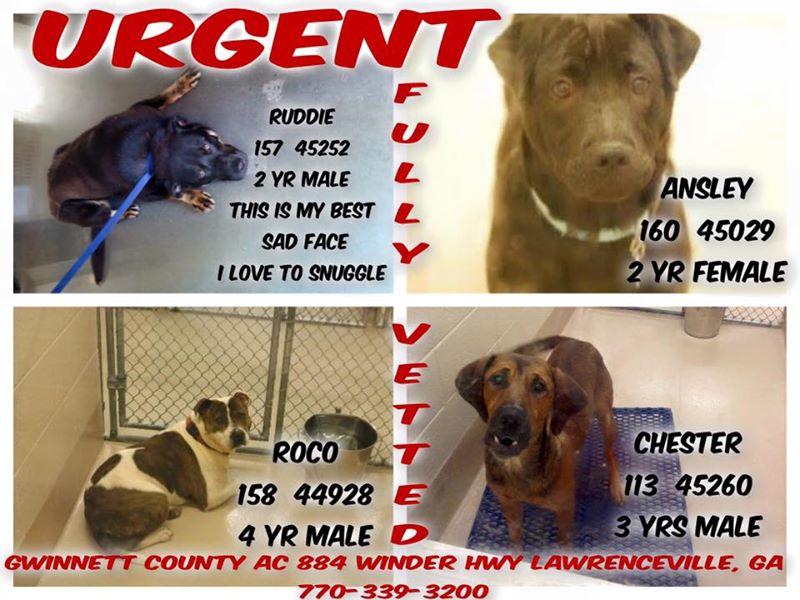 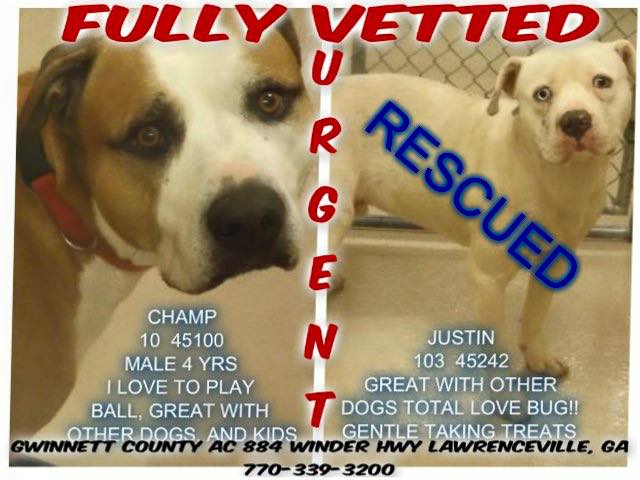 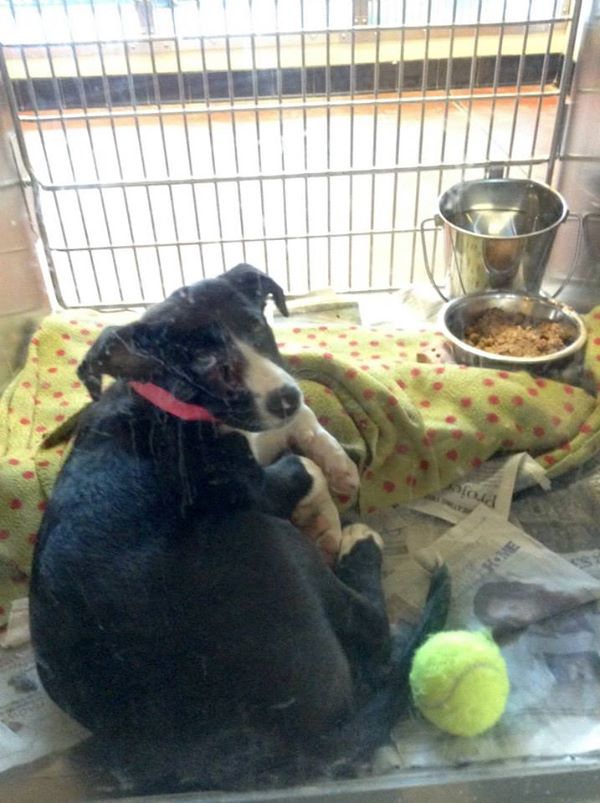 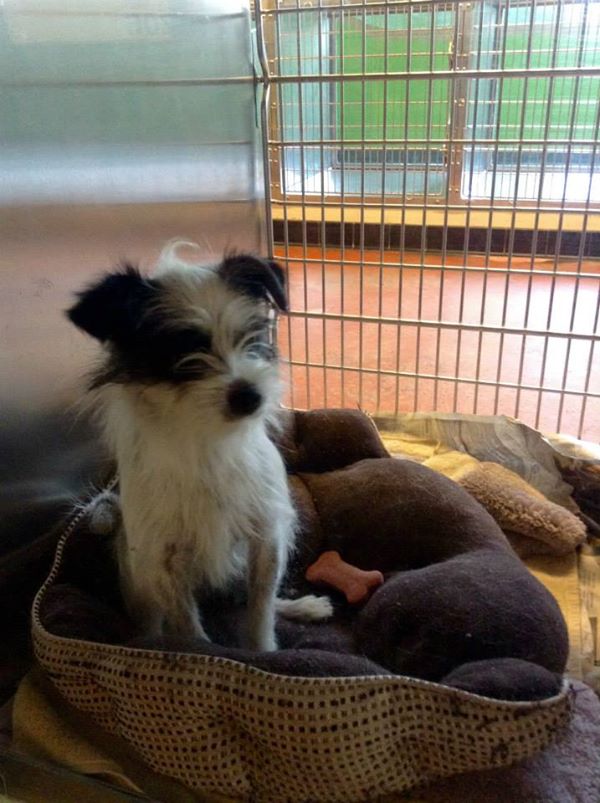 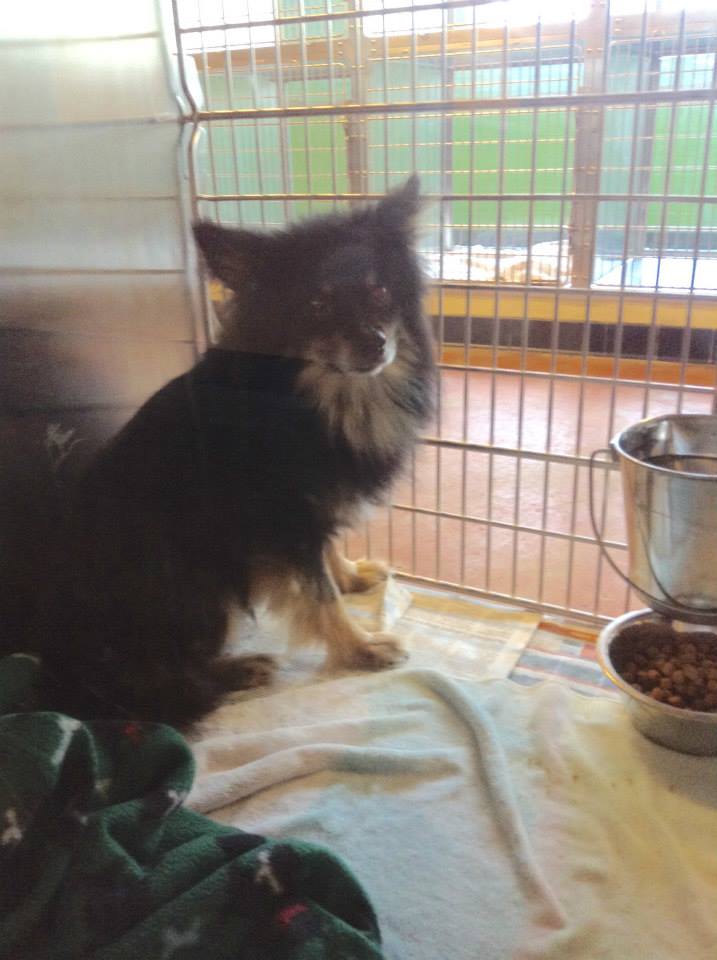 Gwinnett County Commissioners amended a new dog-tethering ordinance that prohibits tethering a dog outside unless the owner is also outside and within sight of the tethered dog.

Commission Chairman Charlotte Nash said it was the advocates’ “polite persistence” that won her over to their side.

“We are so grateful you brought the issue back up,” said one resident, Jennifer Summers. “I certainly applaud you.”

Commissioners also tabled a proposal to ease restrictions on chickens in residential areas.

The Board of Commissioners had been expected to make a decision on revising the county’s livestock ordinance this week, after the Planning Commission recommended its approval with conditions. After a half-hour of debate between residents, however, Commissioner Tommy Hunter asked his colleagues to table the matter so it could be vetted more thoroughly.

Hunter said there were “valid concerns” raised on both sides of the debate. He initially sought to have it postponed until July 7, but later changed the date to July 21 because of a scheduling conflict Commissioner Jace Brooks had with the earlier date.

“That gives us (four) weeks to figure out where we want to go from there,” Hunter said.

The livestock ordinance was one of two law changes commissioners dealt with on Tuesday. They also passed changes to the county’s beekeeping law that makes it easier to engage in backyard beekeeping.

Andor, a 13-year old German Shepherd who served with the Lawrenceville Police Department beginning in 2005 was laid to rest.

On Andor’s day, he had dozens of police officers from around Gwinnett and Barrow counties and other officials, including Lawrenceville Mayor Judy Jordan Johnson, turn out to send him off.

And he had a grassy plot among other dogs in a small, gated section of the cemetery off Harbins Road.

And he had a funeral flag, like a soldier.

Two officers, in full dress uniforms, folded it into a triangle. Corso, down on one knee, his head bowed, presented it to the Humphreys, like a soldier’s family.

Funding for a new DeKalb County Animal Shelter is a heated topic. From the Brookhaven Post,

The hot topic of the night was the building of a new DeKalb County Animal Shelter. Back in December, the DeKalb County Board of Commissioners (BOC) approved an RFP for Architectural and Engineering Design Consulting Services for a new DeKalb Animal Shelter, for an amount not to exceed $800,000. The BOC chose Jackson & Ryan Architects out of Houston, Texas as the Architectural and Design firm.

The proposed new facility will be approximately 40,000 square feet contained on 5.3 acres of land.

Attendees expressed their concerns to ICEO May that the facility will be obsolete from day one. “The animal shelter will not be large enough and will only add to the numbers of animals that are euthanized each year,” one woman told May. “Why would the County build something that it will only have to expand in the near future?”

Attendees stressed the practices and capacity should be the driver in designing this facility – not the budget. “We are never going to get this chance again. We are not asking for more than was originally allocated. It just needs to be designed to handle the capacity in the best humane fashion.”

I support DeKalb County building a new animal shelter which accommodates the number of dogs for whom we need to provide shelter. For this to occur, it is essential we design a shelter which can safely house approximately 340 – 400 dogs.

I have and will continue to advocate for an appropriately sized facility that is congruent with my goals of fiscal responsibility and humane treatment of animals. We must also have a shelter with adequate capacity to meet our public health responsibilities.

In the County Operations and Public Safety (COPS) Committee, the Commissioners and Interim CEO instructed the design team to prepare a facility which can accommodate 340 – 400 dogs. As the design team continues to draft the animal shelter design, the COPS Committee will receive updates. After the design is finalized, the Board of Commissioners (BOC) will vote on funding the shelter as designed.

I support investment in capital assets rather than increasing the scope and size of county government through increases in employment liabilities. Investing in an appropriate animal shelter yields a better return on investment than allocating your tax dollars to bloated government functions.

I have heard from many taxpayers across our district. Together, we will work for a humane animal shelter which is appropriate in design to serve our needs, care for the animals, and respect our tax dollars.