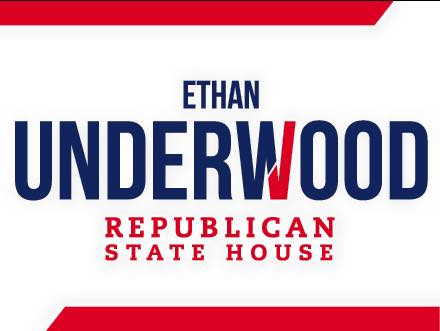 Former Forsyth County Republican Party Chairman and local attorney Ethan Underwood today announced that he will run for State House District 24.
Current District 24 Representative Mark Hamilton has announced his resignation. There will be a Special Election called by the Governor to fill the seat.

“I first want to thank Mark Hamilton for his service. He has done a lot of good for our community, and he will be missed.”

“It is now time to elect a new conservative leader to serve our families, and I am excited to announce my candidacy. I have worked tirelessly to advance our conservative principles as a leader in our local Republican Party, and as an attorney, I fight everyday to uphold the Constitution, protect the rights of individuals and fight for those threatened by increasing property taxes and burdensome government regulation. I am running to take that record to the State House to champion the conservative principles we share, ensure that our government adheres to its Constitutional functions and make decisions that best serve the people of this district,” said Underwood in his announcement.

“I understand that the laws passed by the Legislature affect real people in the real world, so the question I will always ask before supporting any measure is, “what is best for the people of Forsyth County and Georgia?” I look forward to working to earn the support and trust of the people of District 24,” continued Underwood.

“It has been an honor to serve the people of District 24 in the State House, and I thank them for their trust. Now I am proud to endorse Ethan Underwood. I know Ethan, and I trust him. He is a capable and conservative leader who I know will be a champion for our families. Ethan will continue the fight to solve our long-term transportation challenges, fight to keep taxes low and protect our shared values. Please join me in supporting Ethan Underwood for State House,” said Hamilton in his endorsement.

Ethan is active in the community, serving in local civic and charitable organizations. He currently serves as a member of the Board of Directors the Bald Ridge Lodge, Inc., and Rewarding Minds, Inc. He is also a member of the Rotary Club of Lanier-Forsyth.

A proven conservative, Ethan served as Chairman of the Forsyth County Republican Party from 2009-2013, and 2nd Vice Chair of the 9th Congressional District Republican Party until April 2015.

Committed to faith and family, Ethan is married to Tiffany Underwood, with whom he has four children – Gabriel, Elise, Amelia, and Charlotte. The Underwoods attend Mountain Lake Church.

In his leisure time, Ethan enjoys hunting and playing lacrosse.