Georgia began its love affair with the regulation of what can and cannot be sold on this date in 1735, when James Oglethorpe, founder of the colony, helped gain passage of “An Act to prevent the Importation and Use of Rum and Brandies in the Province of Georgia.” The act provided that after June 24, 1735, “no Rum, Brandies, Spirits or Strong Waters” shall be imported into Georgia.” Permission was also required to sell beer, wine, and ale.

On April 3, 1776, the Continental Congress authorized “privateers” holding a letter of marque and reprisal to attack British ships. This essentially legalizes what would otherwise be considered piracy. Issuing letters of marque and reprisal is among the enumerated powers of Congress under Article I, Section 8 of the Constitution, though they have seldom been used. Thus, I hope to someday see the Jolly Roger flying at Tea Party rallies alongside the Gadsden flag.

On April 3, 1898, President William McKinley called on Georgians to contribute 3000 volunteers for the Spanish-American War.

The Rev. Martin Luther King, Jr., accompanied by Georgians Hosea Williams and Ralph D. Abernathy, was in Memphis, Tennessee, supporting a strike by sanitation workers on April 3, 1968. He delivered what is known as the “Mountaintop Speech.”

“[L]ike anybody, I would like to live a long life. Longevity has its place. But I’m not concerned about that now. I just want to do God’s will. And He’s allowed me to go up to the mountain. And I’ve looked over, and I’ve seen the promised land. I may not get there with you, but I want you to know tonight that we as a people will get to the promised land. So I’m happy tonight. I’m not worried about anything. I’m not fearing any man. Mine eyes have seen the glory of the coming of the Lord.” 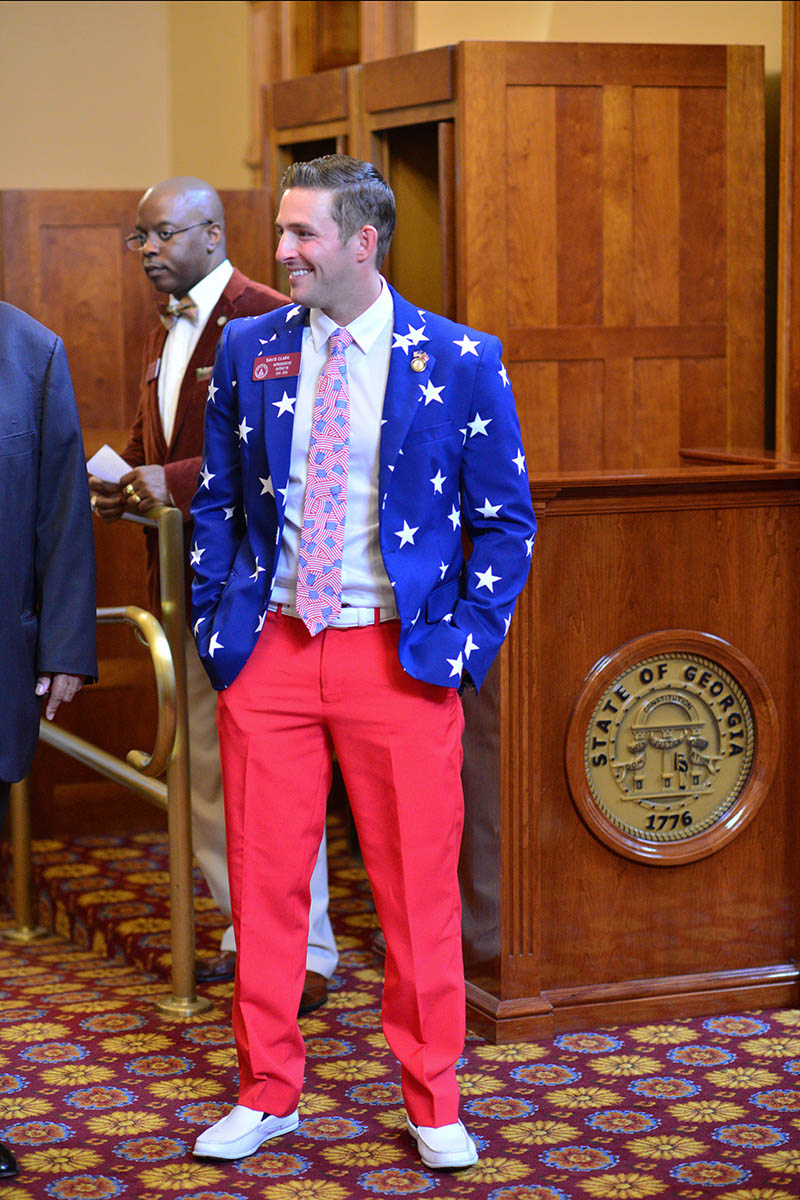 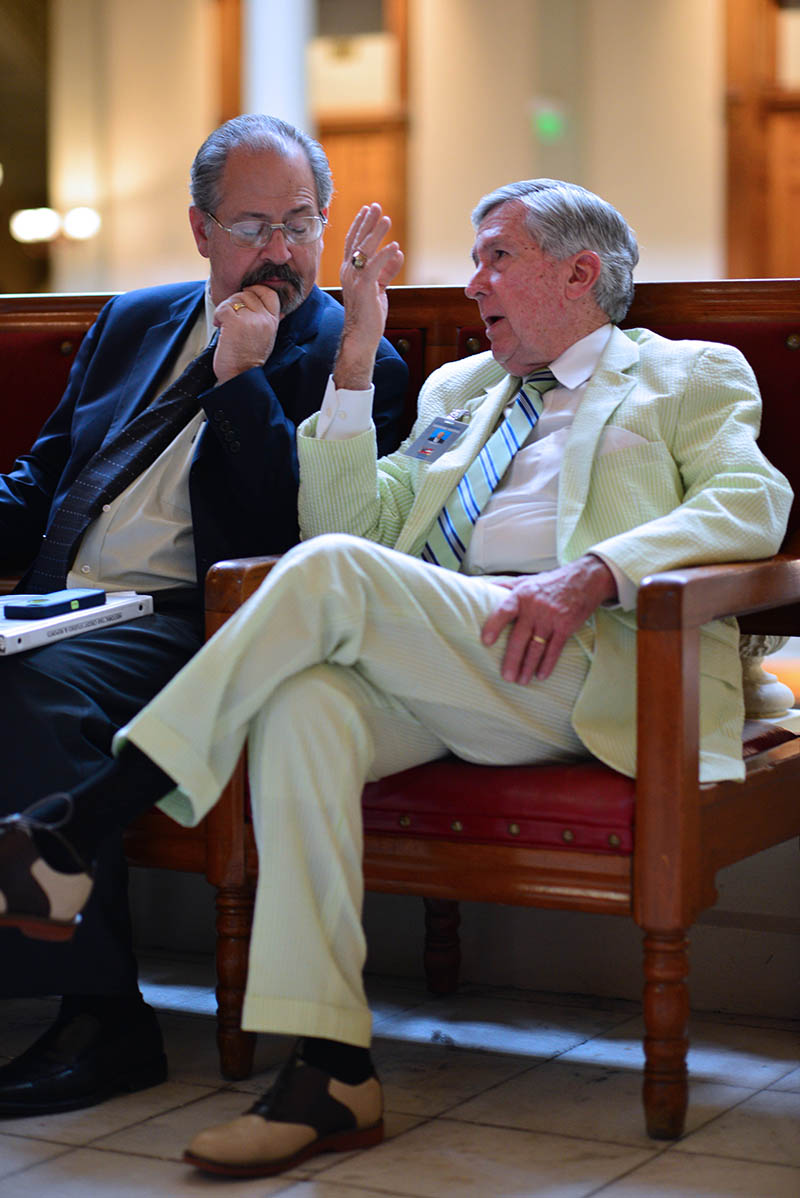 After a little drama, the Religious Freedom Restoration Act died, but Gov. Deal spoke about how the effort might eventually move forward, from Greg Bluestein at the AJC.

Deal said hewing to the federal language would ensure none of the unintended consequences that critics say could arise, such as a legal loophole that could lead to discrimination against gays and lesbians. Supporters, meanwhile, describe it as a much-needed safeguard to protect people from government intrusion.

“As close as a state can stay to the original federal language, the safer you are,” said Deal, who voted for the federal legislation while a member of Congress in the 1990s. “It has been interpreted in the courts, so by having that model you narrow some of the arguments about what it does or does not do.”

He called the anti-discrimination clause “the most important” addition.

Another benefit from the bill’s failure, Deal said, is a year’s distance from the uproar over similar bills in Arkansas and Indiana, which led to threats of boycotts, travel bans and international criticism.

“We all understand that this is a difficult issue,” said Deal, “and I hope that if and when it comes to my desk in the future it will not have the same kind of divisiveness associated in those two states.”

Kathleen Foody of the Associated Press has more on the future of RFRA.

State Sen. Josh McKoon, the measure’s sponsor, said he plans to focus on summer conventions for the statewide Republican party and in Georgia’s congressional districts.

That could further expose a rift in Georgia’s GOP over the issue.

Eric Tanenblatt, the state chair of George W. Bush’s presidential campaign in 2000 and a major Republican fundraiser, said both sides should negotiate when passions subside following the session.

“We need to be cognizant of the fact that there’s a changing demographic in this state,” he said. “That means there are going to be people in the party that perhaps have different views than others. If the Republican Party wants to be a big tent, they’re going to have to find a place for people with differing views.” 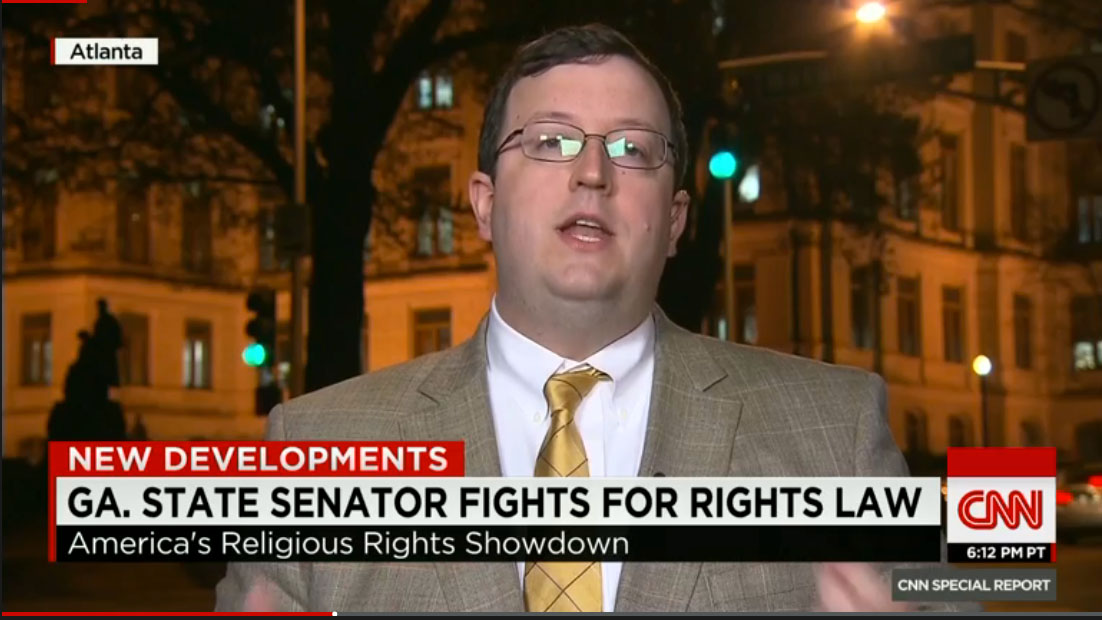