On March 24, 1970 the largemouth bass was recognized as the official state fish of Georgia.

On March 24, 1989, the supertanker Exxon Valdez ran aground in Prince William Sound in Alaska, eventually spilling 11 million gallons of oil and polluting 700 miles of coastal Alaska.

SB 72 – “Tanja’s Law”; provide measure of equivalency in punishment of crimes committed against police dogs in performance of their official duties (Substitute)(JudyNC-Weldon-3rd) Mullis-53rd 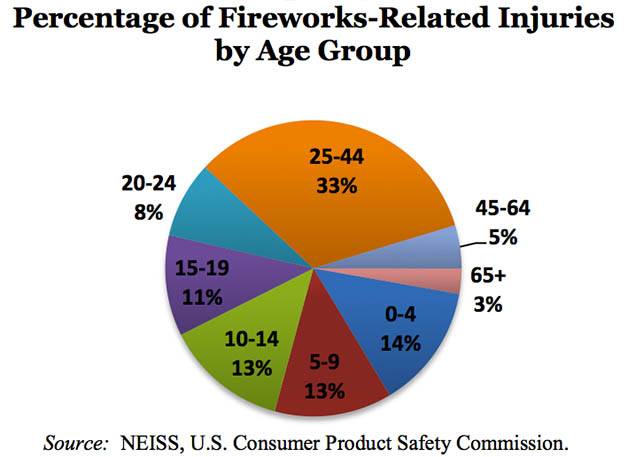 The most-watched bill to be voted on for final passage today is likely to be House Bill 1, the Medical Marijuana Bill that combined most of Allen Peake’s original HB1 with Senate Bill 185. From an original HB 1 that included numerous conditions, the House pared it down to eight, plus Sickle Cell Anemia, which was added as the result of a Floor Amendment. The Senate HHS Committee version removed Fibromyalgia, citing issues with the diagnosis of the disease and tightened the definitions of diseases that are eligible for medical cannabis.

Kathleen Foody of the Associated Press writes of the likely House reception to the Senate’s amended HB 1,

Georgia House Speaker David Ralston says he hopes both chambers will vote this week on a bill allowing people with eight medical conditions to use a type of medical marijuana.

The bill is on the Senate’s floor calendar for Tuesday. Peake said Monday that if the Senate makes no further changes, he will urge House members to back it and get the bill to Gov. Nathan Deal within the day.

Ralston said House lawmakers have three remaining major tasks: considering the governor’s constitutional amendment to take over failing schools and negotiating with the Senate over differences between each chamber’s approach to the next budget and a much-debated transportation package.

A study committee last year concluded that it will cost an additional $1 billion per year just to maintain roads and bridges.

Ralston has thrown his full support behind Deal’s plan to appoint a superintendent accountable to the governor who could take over schools dubbed “chronically failing” for three years in a row.

Constitutional amendments require two-thirds approval in each chamber. Deal’s plan passed the Senate with exactly that margin. It would be on ballots statewide in 2016 if the House passes the bill.

At 2 PM today in room 132 of the State Capitol, a Subcommittee of the House Judiciary Committee, chaired by Wendell Willard (R-Sandy Springs), who also chairs the full committee, will hold a hearing on Senate Bill 129, the Religious Freedom Restoration Act. Ralston told the Associated Press,

[H]e maintained he hasn’t made up his mind about the bill from state Sen. Josh McKoon, R-Columbus.

Ralston said a House subcommittee meeting Tuesday to review the bill will take a “thoughtful, serious-minded” look at the issues raised by both sides.

“This is an issue that needs to be resolved in that fashion, rather than … hysterical screaming out in the media,” he said. “The issue’s too serious for that.”

Last week, Ralston mentioned some specific questions he has about McKoon’s legislation,

The Republican attorney from Blue Ridge says he believes supporters’ arguments that the bill isn’t intended to excuse discrimination, but appreciates opponents’ concerns that it still could. Both groups have focused attention on Ralston in recent days.

Ralston repeated earlier questions about what protection the law would provide beyond the U.S. and state constitution. Ralston said he wants to know more about possible unintended consequences if lawmakers approve it.

Yesterday, on my way home from the Georgia Capitol, I listened to NPR as is my habit, and heard an outstanding local story by Grant Blankenship of GPB, entitled, “Looking for Clarity in Death Row Clemency”. What I especially enjoyed about the story is that it portrayed the ambiguity and complexity of the legislative process, showed that people of good will can have legitimate disagreements without being disagreeable, and conveyed the life-and-death nature of the issue while neither sensationalizing the story nor getting too far into the weeds. The bill in question is House Bill 71.

A bill in the General Assembly has been praised for its potential to make transparent the inner workings of the Board of Pardons and Parole, but there are questions about just how far that transparency will go.

The day before his scheduled execution, [Tommy Lee] Waldrip was granted a commutation of his death sentence by the Board of Pardons and Parole. It was only the ninth such commutation in the state.

“To have a board, the board of pardons and paroles, overturn that in less than two hours floored everybody in our community,” Boim said.

[State Rep. Kevin] Tanner [R-Dawsonville] says the bill would increase transparency by forcing the Board to make public the reasoning behind their decisions in commuting death sentences. The bill would also make public decisions to grant pardons. Tanner says he doesn’t want more Waldrip style surprises from the Board of Pardons and Parole.

The story goes on to note some questions have been raised about how well the bill would accomplish it’s goals. If you’re interested in the legislative process or specifically in Death Row issues, it’s a great way to spend three-and-a-half minutes. You can read the story in its entirety on GPB’s website, or listen to it online if you missed it yesterday.

Governor Deal’s “Opportunity School District” legislation is getting some pushback from Republican members who are uncomfortable with the possibility of state takeover of decisions traditionally left to local Boards of Education, but the Senate Education Committee voted to recommend passage of the two-bill package. From the Atlanta Business Chronicle,

The Georgia House of Representatives’ Education Committee approved a constitutional amendment Monday asking voters to give the state the power to take over chronically failing schools.

The panel also voted in favor of a separate “enabling” bill spelling out how the takeover process would work.

Under the legislation, which the state Senate passed early this month, schools that score below 60 on the Georgia Department of Education’s College and Career Ready Performance Index (CCRPI) for three straight years would be classified as “persistently failing.”

That designation would put those schools under the supervision of a statewide “opportunity” school district that would operate them through the governor’s office.

Most of the schools that would qualify for the initiative are in urban areas.

Atlanta Public Schools has the highest number of schools that would qualify based on the last three school years, with 27. DeKalb County’s school system is next with 26.

Yesterday, the Alcohol and Tobacco Subcommittee of the House Regulated Industries Committee took up Senate Bill 63, the “Craft Beer Jobs Bill.” Aaron Gould Sheinin of the AJC writes that the subcommittee voted to recommend passage of the legislation.

The Regulated Industries subcommittee, however, voted down an amendment allowing brew pubs the same opportunities. Subcommittee Chairman Alan Powell, R-Hartwell, cast the deciding vote after two Democrats and one Republican voted against the amendment, with three other Republicans supporting it.

Senate Bill 63 now goes to the full committee, which is scheduled to consider the bill at 2 p.m Tuesday.

The bill as approved Monday is different from the one that passed the Senate on March 13. The new version did not include a provision that the Senate adopted allowing brew pubs to sell its beer for off-site consumption. Martin Smith, lobbyist for the Georgia Beer Wholesalers told lawmakers doing so could lead to giant conglomerates to dominate the market.

“When you allow producers to have access and allow retail, you allow that slide into what happens in the rest of the world where large producers own everything,” Smith said. “In Mexico, 90 percent of the market is controlled by one entity. It allows the manufacturer to own the retail.”

Sen. Renee Unterman’s Senate Bill 8 and Senate Resolution 7, another package including enabling legislation (SB8) and Constitutional Amendment (SR7) will be heard yet again in the House Juvenile Justice Committee today at 3 PM in Room 506 of the Coverdell Legislative Office Building.

Among the lowlights of yesterday’s committee hearing was a Democratic member of the Committee referring to money paid to strippers as “donations.”

Last week, Senator Unterman skipped a House Committee meeting scheduled to hear these bills in order to continue the work of the Senate Health and Human Service Committee, which she chairs, on House Bill 1. While the Chair of the House Committee has been generous in scheduling hearing time for Unterman’s bills, her move to prioritize work on Rep. Allen Peake’s Medical Marijuana bill has put her own legislation in a time crunch. Such is the low-key drama of legislation under the Gold Dome.