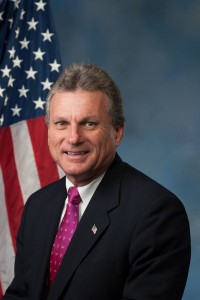 THE CLOCK IS TICKING

This week in Texas, United States Federal Judge Andrew S. Hanen ordered a halt to President Obama’s executive actions on immigration, agreeing with Georgia and twenty-five other states that filed a lawsuit opposing the President’s unconstitutional attempt to rewrite our immigration system around Congress. This is a welcome announcement as the President himself said twenty-two times that he did not have the authority to move forward with his executive orders.The decision temporarily prohibits the Obama administration from carrying out programs the President announced in November that would grant amnesty to as many as five million undocumented immigrants and cause irreparable harm. The most important decision made by Judge Hanen is that, contrary to the Justice Department’s claim, the states are legally allowed to bring this lawsuit because they are going to suffer concrete, measurable costs. For example, it will cost states millions of dollars in mandatory fees set by federal law when these states have to process additional driver’s licenses.While I look forward to watching this case as it moves through the legal system, House Republicans have already acted to stand up to the President and restore the balance of powers when we passed a bill to fund the Department of Homeland Security and block the executive orders. However, Senate Democrats continue to block movement of this bill and are refusing to even let amendment debate begin. They are sending a clear message that they would rather grant legal status and work permits to those who have broken our laws and are in our country illegally instead of protecting the paychecks of the fine men and women who work to protect our homeland.

FROM OUR NATION’S CAPITOL VII