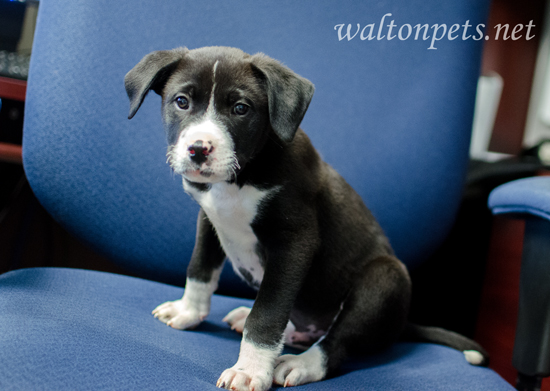 It’s a good policy to always start your day with a puppy, so here’s T-Bone, a 3-month old, 12-pound puppy who was surrendered by his owner and is available for adoption from Walton County Animal Shelter in Monroe, GA. 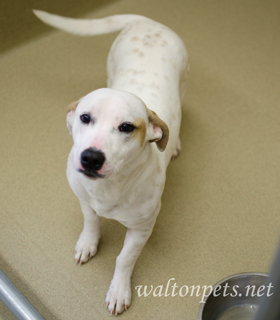 Champ is a 1-year old, 40-pound low-rider mix who is affectionate with people and interact well with other dogs. He was surrendered by his owner and is available for adoption from Walton County Animal Shelter in Monroe, GA. 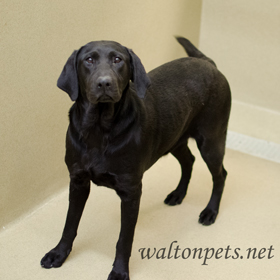 “Lucy’ is a friendly and social year-old, 60-pound Black Lab who was found stray and whose owner has been notified but hasn’t picked her up. She came in with “Lola” below and will be available for adoption from Walton County Animal Shelter in Monroe, GA beginning Friday, February 27, 2015. 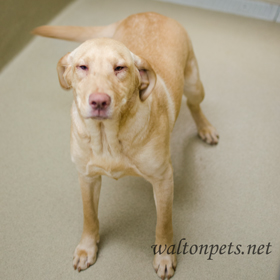 “Lola’ is a friendly and social year-old, 60-pound female Yellow Lab who was found stray and whose owner has been notified but hasn’t picked her up.She came in with “Lucy” above and will be available for adoption from Walton County Animal Shelter in Monroe, GA beginning Friday, February 27, 2015. 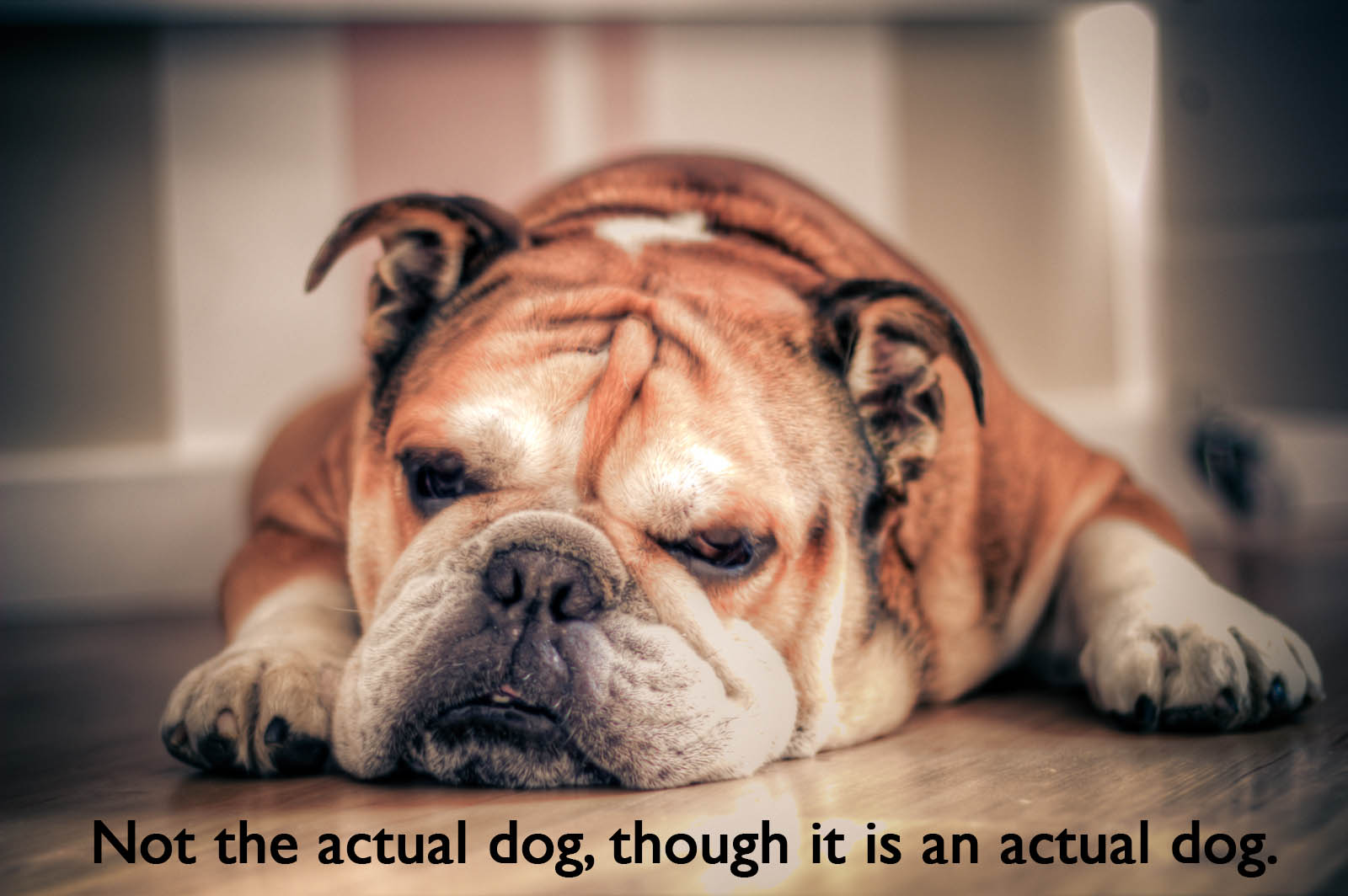 No photo is available yet, so we improvised. Number 2015 0213 (A1) is a 5-year old, 50-pound English Bulldog female who was found stray and will be available for adoption from Walton County Animal Shelter in Monroe, GA beginning Friday, February 27, 2015. Check out the Walton County website for a photo and more information when it becomes available.

Today, in honor of Governor Nathan Deal’s proclamation of February 2015 as Spay and Neuter Awareness Month and today, February 24 as World Spay Day, Lifeline Spay and Neuter Clinics in Avondale Estates will be paying for 50 pit bulls and pit bull mixes to be spayed or neutered free of charge in their “Fifty Pit Mix.”

According to LifeLine CEO Rebecca Guinn, spaying and neutering is critical in reducing the number of homeless animals, especially unwanted pit bulls. “The number of abandoned pit bulls that come into our shelters is staggering, and the main reason is because people are not fixing their dogs,” she says. “By eliminating financial barriers, and encouraging residents to get their pit bull dogs fixed, we hope to see a reduction in the number of these dogs entering our shelters.”

Georgia Governor Nathan Deal has proclaimed the month of February as Spay Neuter Awareness Month in Georgia, stating in his proclamation, “Each year shelters must euthanize millions of animals, many that are adoptable and healthy, because there aren’t enough homes… All of Georgia’s pets should be assured loving homes and a lifetime of care… The citizens of Georgia have a responsibility to spay and neuter their pets.” 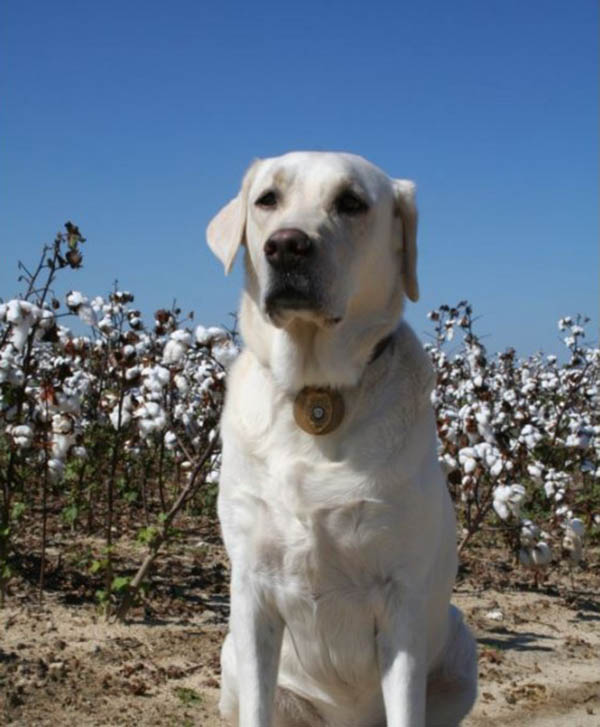 Cotton, the State of Georgia’s sixth and longest-serving arson dog has died after more than ten years service to the state and her citizens.

“We’ll always remember Cotton as a valuable employee in the fight against arson,” [Georgia Insurance Commissioner Ralph] Hudgens said. “Without his special abilities, hundreds of suspicious fires in Georgia may have gone unsolved.”

Cotton was born on February 9, 2001, and began his training as an arson detection Labrador retriever in August 2003 at the Maine State Police Training Center in Alfred, Maine. He came to work for the Insurance and Safety Fire Commissioner’s office in September 2003 as the sixth arson canine in the state to serve the law enforcement and fire service communities.

Between September 2003 and January 2014, Cotton and his handler, Investigator Bruce Gourley were involved in more than three thousand fire investigations. Cotton’s specialized training in sniffing out petrochemical products allowed him to determine if accelerants were used to start a fire. This ability led to the convictions of 250 arson suspects, which included six arrests for murders that involved arson.

Senator Curt Thompson lost most of his worldy belongings and several pets in a home fire.

I lost my home today in a house fire. I lost everything in the way of personal belongings I own but I’m safe.

Family pets: Stein (the St Bernard hero), mr 3 cats, Rosie, Nieves, Ms Kitty, my bird Mufalda, and the fish all perished. May peace be upon them in their next journey. They will be missed.

One family member, my dog ChaChi, gratefully, did survive thanks to Stein.

Thanks Sarah Haynes and Dorel Bud for calling the fire department, Jay Trevari and Jeff Thomas for contacting me and being there, Tony Morgan from State Farm for driving out personally, and to everyone else who checked in, called or pitched in.

Thanks also to my Senate colleagues and friends who checked in and offered help.

An online fundraiser has been set up to help Sen. Thompson. Lobbyists should check with their legal or compliance advisers before donating.