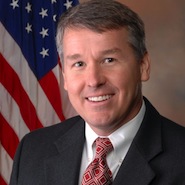 Today, U.S. Representative Rob Woodall (GA 07) managed the rule for debate of the Keystone Pipeline bill on the floor of the House, clearing the final hurdle for this bill to be sent to the President’s desk for his signature.  Woodall issued the following statement regarding his work on behalf of the “Keystone XL Pipeline Approval Act.”

“The new American Congress is committed to delivering results to the American people, and that’s exactly what we’ve done as the House and Senate worked together to pass this important bipartisan legislation,” said Rep. Woodall.  “Americans deserve representation that searches for solutions and acts; 40,000 American jobs, increased energy independence, and lower daily living costs for families across the country are good results.  Americans, through their elected representatives, made their voices heard on this one, and President Obama’s decision to support or veto the bill will send a clear message to Americans as to whether or not he believes they are still in charge.”