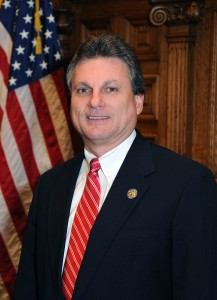 “I am proud to vote again today to approve this important project that will create over 40,000 jobs without a dime of taxpayer funding to help pull eager American workers out of the unemployment line. In addition to job creation and reducing energy costs, this project is vital to our national security. The construction of this pipeline will reduce our dependence on oil from often hostile foreign sources leading to reduced funding for both sides of the War on Terror. That is of special importance to me as the Representative for four major military installations that have borne the brunt of this fight, especially as the President requests Authorization for Use of Military Force against ISIL.

“Six years since the application was submitted, Americans are ready to see this project move forward.

As we send this bill to the President’s desk, it’s time for him to make the choice to stand with us and the American people or continue to stand in the way. I strongly urge him to make the right choice for job creation, energy independence and America’s safety. “