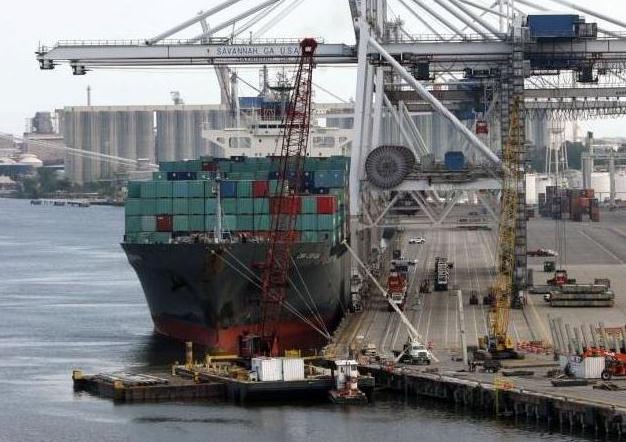 The administration’s budget request includes $29.7 million for the Savannah harbor — $21.05 million for the expansion project and an additional $8.66 million to dispose of the dredging waste in Georgia and South Carolina — in Fiscal Year 2016. In addition, the budget lists the project for the first time as an ongoing construction project in order to keep this vital economic infrastructure project on track for future federal funding.

“After the shock and disappointment we felt last year when SHEP was omitted from the president’s budget, the inclusion of funding today for our state’s number one economic development project in the president’s budget is welcome but long overdue,” said Senator Isakson. “In addition to providing funding in the Fiscal Year 2016 budget, I’m pleased the Army Corps of Engineers has indicated that it is also working to secure an additional $21 million dedicated to the Savannah project in the Corps’ budget for this year’s FY15 budget.”

“This victory for SHEP and our state is the result of many years of work and partnership between many people, including Governor Deal, former Senator Saxby Chambliss and former Congressman Jack Kingston,” Isakson continued. “The expansion and deepening of the Port of Savannah has been a top priority of mine since coming to the Senate in 2005 and I am so pleased to see this critical project get underway.”

“I am very disappointed it has taken nearly 17 years to get this done. After all, we’re only talking about deepening the harbor five feet,” said Senator Perdue. “I applaud Georgia’s Governors who have consistently committed the state’s portion of funds for this project. This is a necessary infrastructure investment in order for the Savannah Port to remain competitive. At a time when we are spending more money than we are taking in, every federal government expenditure needs to be scrutinized. That said, expanding the Savannah Harbor should be a priority because it is an infrastructure investment that creates jobs and grows the economy.”

“I am thrilled to see that the President has finally decided to stop playing games and provide what is needed to allow this vital project to move forward after Georgia’s tireless fight for almost two decades,” Representative Carter said. “I hope the Obama Administration will continue to honor its commitment to SHEP and match the dedication of the state. While I know we still have a lot of work to do, the start of construction last week and the news today are strong steps to seeing this important project become a reality.”

SHEP has broad bipartisan support from Georgia’s local, state and federal leaders. The president previously included SHEP in his 2012 “We Can’t Wait” initiative, in which he specifically pledged to expedite SHEP and four other port projects.

The final Project Partnership Agreement between the U.S. Army Corps of Engineers, the Georgia Department of Transportation and the Georgia Ports Authority to allow construction to begin on the Savannah Harbor Expansion Project was signed on October 8, 2014.

The Savannah Harbor Expansion Project was authorized in the Water Resources and Development Act of 1999 to deepen the Savannah River from its current 42-foot depth to as much as 48 feet. The project is being undertaken in anticipation of an expansion of the Panama Canal that will increase the maximum draft of vessels travelling to and from the East Coast from 39.5 feet to as much as 50 feet.

The U.S. Army Corps of Engineers estimates that the harbor deepening project will bring $174 million in annual net benefits to the United States. For the Post-Panamax II vessels, the extra five feet of depth will allow for an additional 3,600 cargo containers in each transit, an increase of 78 percent.

The deepening project will cost approximately $706 million, including construction and environmental mitigation costs. The federal government has a role in funding this project because the U.S. Constitution gives authority over navigable waters.