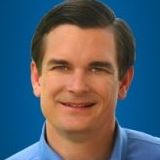 “Congressman Scott has a deep knowledge of both commodity programs and risk management,” said Chairman K. Michael Conaway. “Thanks to his knowledge and experience he played an important role on the Committee during the drafting and passage of the 2014 Farm Bill. He has earned a position as chairman of the Subcommittee on Exchanges, Energy, and Credit. He will also play an important role on his two other subcommittees. His experience in the Georgia House of Representatives and as a business man focused on insurance and risk management will be an asset as he works on behalf of our farmers and ranchers.”

“It is an honor to serve as Chairman of the Agriculture Subcommittee on Commodity Exchanges, Energy, and Credit, and I thank Chairman Conaway for his trust in me for leading this respected committee,” said Congressman Austin Scott. “I also look forward to being an active participant of the Subcommittee on Biotechnology, Horticulture, and Research and the Subcommittee on General Farm Commodities and Risk Management in order to further the Committee’s initiatives, and I am proud to represent agriculture producers back home in Georgia as well as across our nation during the 114th Congress.”

Subcommittee on Commodity Exchanges, Energy, and Credit has jurisdiction over the Commodity Futures Trading Commission, Rural Development, lending institutions, and agriculture credit and loan operations within the Farm Service Agency.  Congressman David Scott (GA-13) will serve as the Subcommittee’s Ranking Member for the Minority.

Congressman Scott is serving his third-term as the U.S. Representative for Georgia’s Eighth Congressional District.  He graduated from the University of Georgia with a degree in Risk Management, and owned and operated an insurance brokerage firm for nearly twenty years.  Congressman Scott is also a member of the House Armed Services Committee.