On January 27, 1785, a charter was approved by the Georgia legislature for the first publicly-supported state university in America.

On January 27, 1941, Delta Air Lines announced it would move its headquarters from Monroe, Louisiana to Atlanta, Georgia. It was an interesting case of public-money-fueled economic development.

In 1940, the city of Atlanta and Delta had signed an agreement whereby the city agreed to contribute $50,000 for construction of a new hanger and office building for Delta if it would move its headquarters to Atlanta. In turn, Delta agreed to pay the remaining construction costs and then assume a 20-year lease for the new facilities. On Jan. 16, 1941, Delta had secured a $500,000 loan from Atlanta’s Trust Company of Georgia, thus allowing it to make a public announcement of the move.

Otis Redding’s “Dock of the Bay” was released on January 27, 1965, seven weeks after his death. 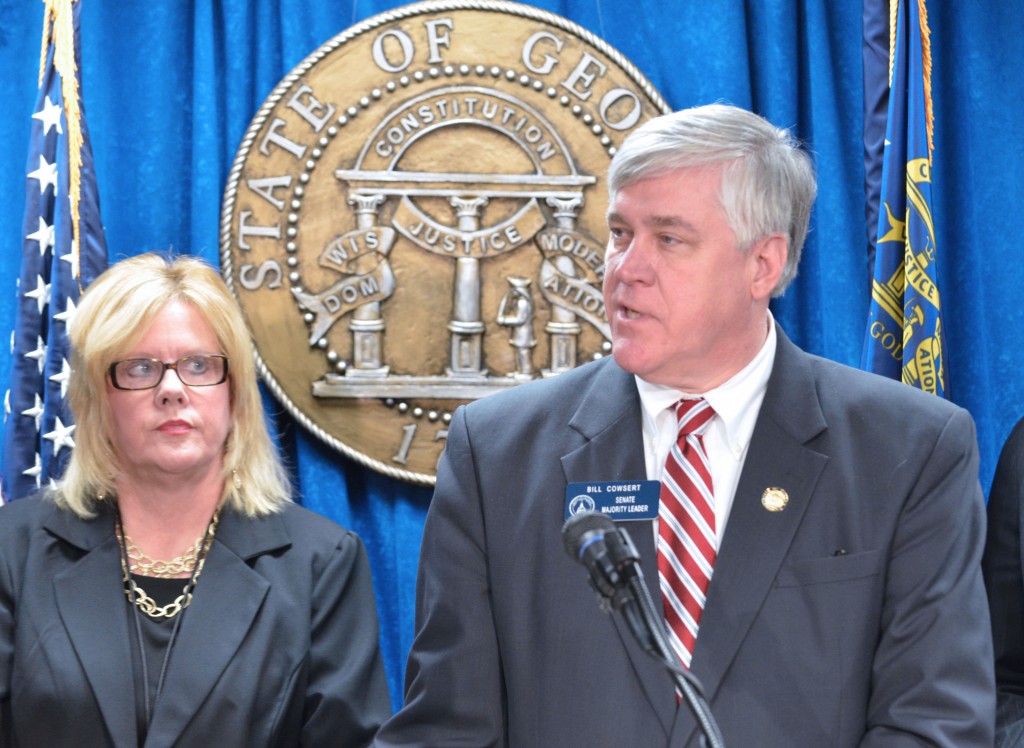 The Republican agenda for the 2015 Session of the Georgia General Assembly will focus on the following five issues:

1. Helping young children with autism
2. Providing opportunities and breaking down bureaucratic barriers for high school students ready to take college-level courses
3. Continuing and expanding the protection of our children
4. Pushing economic development and job creation
5. Ensuring that the founding principles of our constitutional republic are taught to our students so that they are equipped for self-government and able to maintain their heritage of freedom.

“If you take a look at the bills we are considering most pressing, it should be obvious that the Majority Caucus is focused squarely on the education, health and protection of Georgia’s children,” Sen. Cowsert said. “At the same time, we will work to ensure Georgia remains the best place in the U.S. for business, thereby continuing to push every viable job creation mechanism for the benefit of Georgians across the state.”

Cowsert said this session’s main education bill is a bi-partisan initiative spearheaded by Lt. Gov. Casey Cagle that provides options and breaks down bureaucratic barriers for high school students who are ready to enroll in college level courses. Senate Bill 2 would enable a high school student to enroll in a college or university upon successful completion of a college entrance exam. When they complete a degree or certificate program, their college level courses would satisfy high school graduation requirements. Sen. Lindsey Tippins (R – Marietta) will carry the bill with Sen. Freddie Powell-Sims (D – Dawson) and Sen. Bill Cowsert (R – Athens) as co-sponsors.

“Nothing drives the economy more than a skilled workforce,” Lt. Gov. Casey Cagle said. “We have a skills gap in our state and nation. The truth is those employers will find what they need – they have no other choice. Our choice is whether they’re going to find it here in Georgia among our fellow Georgians or be forced to look somewhere else. If a student is ready to successfully begin a program of study after the 10th grade, let’s not hold them back. Under this initiative, we can finally fulfill our vision of seeing students graduate high school on Friday and college on Saturday.” 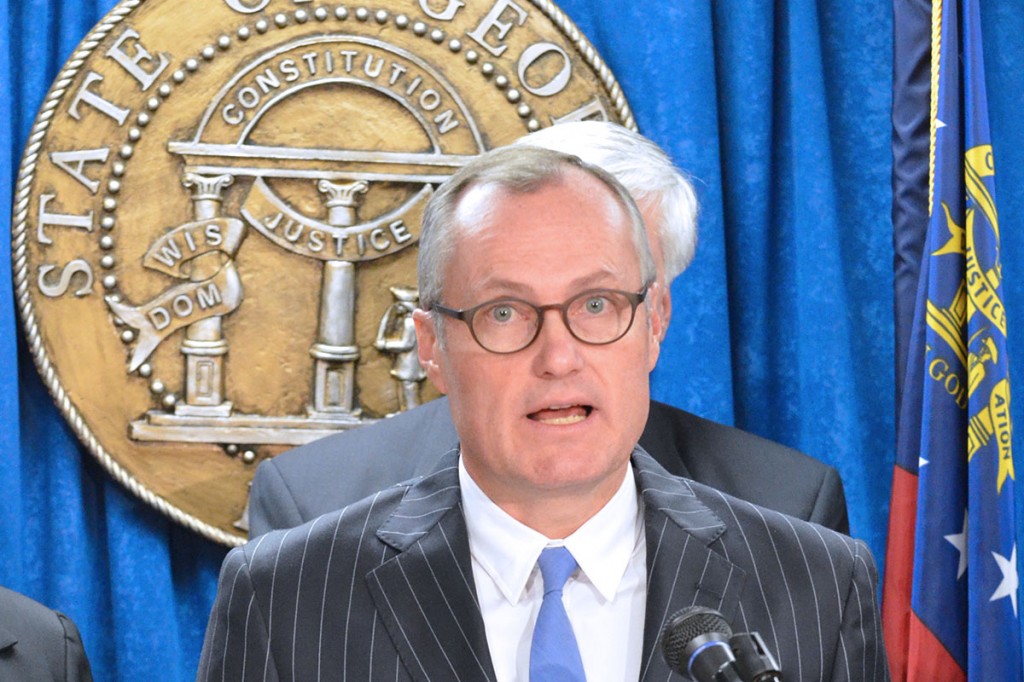 To help protect the health of Georgia’s children, the Majority Caucus will push Senate Bill 1, sponsored by Sen. Charlie Bethel (R – Dalton), which will guarantee early intervention treatment to insured children in Georgia who are diagnosed with autism. The bill will require insurance policies to cover analysis, treatment and counseling for autistic children under six years old. Early intervention for those with autism has proven to help children get back into school programs and into a regular social atmosphere as early as possible. This is especially important for those on the lower end of the autism spectrum.

“Autism is becoming an epidemic that Georgia cannot afford to ignore,” Sen. Bethel said. “We are taking steps to ensure the public and private sector work in concert to provide the best outcomes for these young Georgians and their families.” 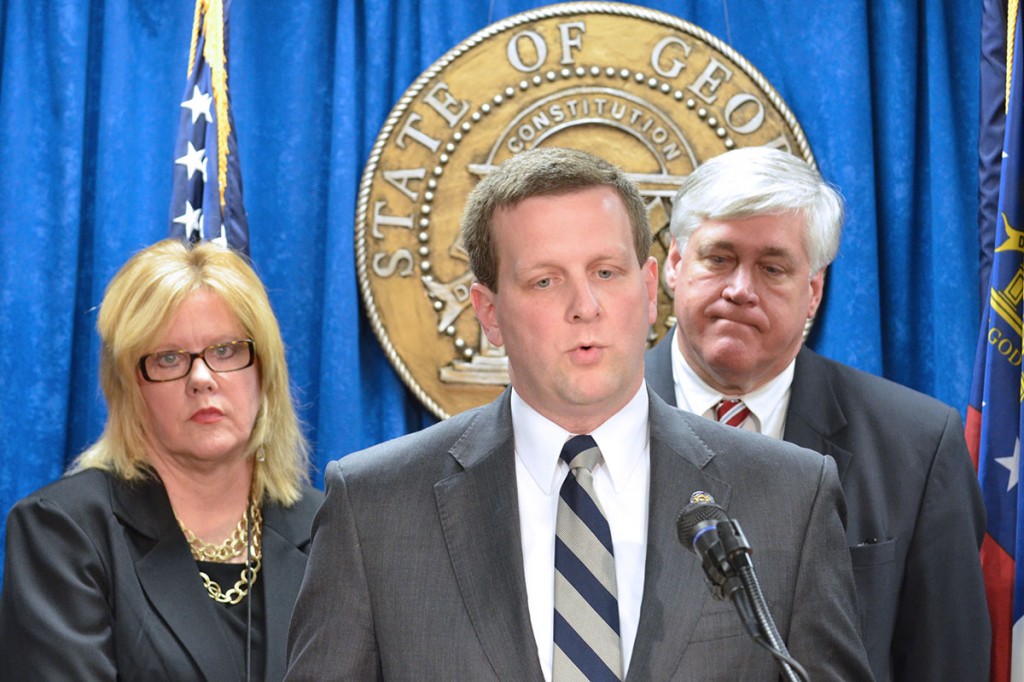 To further protect Georgia’s children, the Majority Caucus will support legislation and budgetary initiatives that will increase the number of caseworkers at the Division of Family and Children Services, reduce red tape for potential foster families, and facilitate the adoption process. The Republican caucus will explore options for private-sector participation or expansion of the private-sector’s involvement in each of these areas. 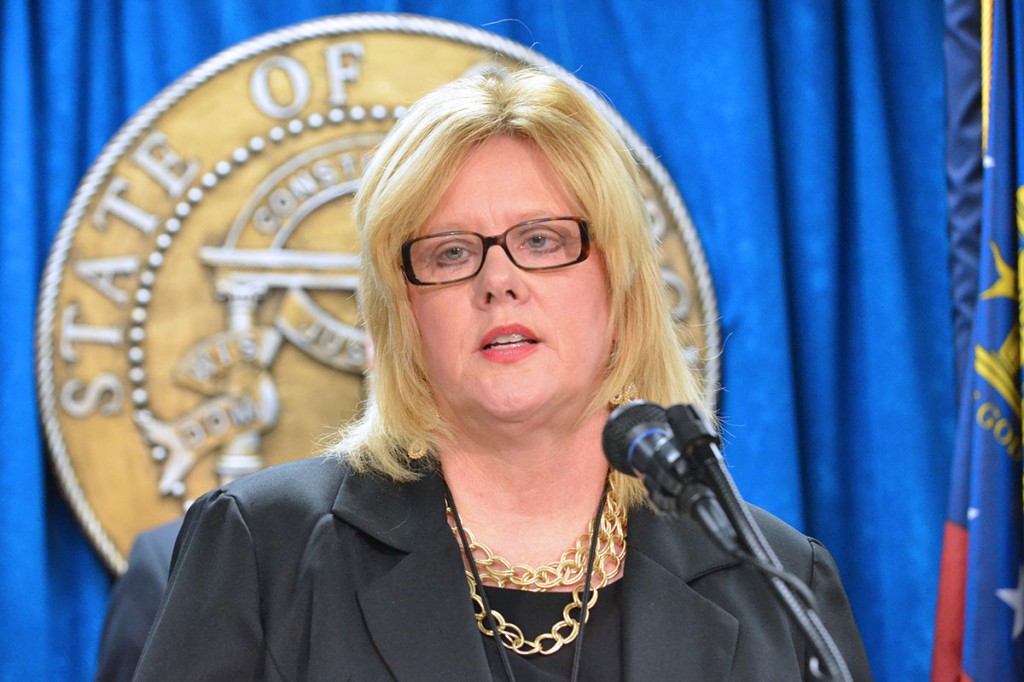 Senator Renee Unterman discussed Senate Bill 3, “Several years ago we passed a bill to expand the ability of grandparents to care for their grandchildren. Senate bill three continues the focus on parents having an ability to determine who would be able to care for their children. The three key objectives are preventing child mistreatment in the foster care system, keeping kids out of the foster care system, and family support and stabilization to allow a process for temporary powers of attorney for people other than parents who are caring for Children. Georgia has a lot of military bases and families, and gives those families greater tools and flexibility to ensure the proper care of their children during the parents’ deployment.”

The Majority Caucus also will use this session of the General Assembly to attract new businesses and promote job creation. Along with the proven tactics that have helped Georgia become the best place in the U.S. to do business, the Senate will work to improve the state’s infrastructure. This will ensure transportation issues do not interfere with businesses’ ability to transport goods and services and people have an easy ability to get to work, home, school, and church.

Finally, Senate Republicans will work with the Georgia Department of Education to ensure the development of better standards and curriculum in order to provide students with a solid understanding of the rich history of our country’s founding principles.

Sen. Cowsert said the above agenda represents the goals of the Majority Caucus but is far from inclusive of every issue the state Senate will undertake in the 2015 session.