Rep. Lynn Westmoreland: President Out of Touch with the People’s Priorities

Rep. Lynn Westmoreland: President Out of Touch with the People’s Priorities 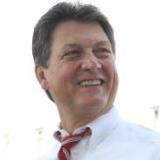 Westmoreland: President Out of Touch with the People’s Priorities

Tonight, President Obama addressed both chambers of Congress and gave his sixth State of the Union. In his speech, the president proposed a tax-hike on investments, which is expected to bring in $320 billion in new tax revenue over 10 years. Below is Congressman Westmoreland’s response.

“Once again, the president has shown he is out of touch with the priorities of the American people in his speech tonight,” stated Westmoreland. “The people spoke in November to have their conservative voices heard and they want to keep the progress on the economy moving forward. The president’s tax-increase proposal is the most effective way to kill that progress.

“I have said it time and time again: our country does not have a revenue problem, we have a spending problem. We want jobs and stability, and the middle class is the one that would benefit from jobs bills and tax cuts- not tax increases. Raising taxes to bring in $320 billion does nothing to cut spending and addressing our nation’s 18 trillion dollar debt. When there’s a leak in the dam, you plug the hole and fix it- you don’t add more water. It’s another example of the president’s agenda of top-down economics that never actually fixes the problem.

“If President Obama wants to truly help middle class America, he will work with the Republican Congress to pass jobs bills, stabilize our economy, and simplify our tax code. Adding more taxes onto any American just grows the size of our government, and we need less government, not more. Solutions like passing a flat or FairTax and abolishing the IRS are bigger and better steps towards putting the priorities of the American people first.”

President Obama also highlighted his foreign policy plans “achievements” and work on cybersecurity during the State of the Union address.

“Putting American priorities first also means defending our nation from the threats we face abroad and maintaining the important relationships we have with our allies,” stated Westmoreland. “President Obama’s weak foreign policy over the last seven years has crippled our international standing as a leader. The Obama administration failed to show support for our allies last week by not sending a top official to France after their terror attack. ISIS and al Qaeda have infiltrated Iraq and are heavily recruiting terrorists to murder the innocent. Russia annexed Crimea and invaded Ukraine, with no strong response from our president. There is no credibility for the president to claim success in these blatant diplomatic and international failures.

“Our national security and standing in the world needs to be a priority as we face some of the most brutal and dangerous terrorists in the world. A new battlefield we are fighting is cyberterrorism. We face the threat of terrorists hacking into our large companies and government agencies, and a cyber-attack could be our next Pearl Harbor. Strengthening our cybersecurity while protecting civil liberties needs to remain a crucial role in protecting our nation. Through working with our allies and using force against our enemies, President Obama needs to show that we will not waiver in protecting our homeland and our interests abroad.

“We’ve heard the same song and dance in the last six State of the Union addresses and are tired of President Obama’s political speeches. Now is the time for the president to listen to Americans, work with Congress to find solutions, and make the people’s priorities his priorities.”