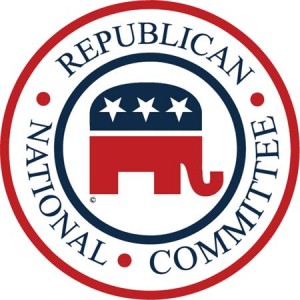 Today, the Republican National Committee (RNC) elected the 2016 leadership team at the RNC Winter Meeting in San Diego, California. Reince Priebus was elected Chairman for his third consecutive term, and Sharon Day was selected to serve as Co-Chairman for her third term. Tony Parker was re-elected Treasurer for his third term and Susie Hudson was elected Secretary.

“It is an honor to serve another term as Chairman of the RNC,” said RNC Chairman Reince Priebus. “Each election cycle brings new challenges, and 2016 will not be any different. It will take hard work, but I can assure you, we are ready for the task at hand. We will build on our successes from the last cycle to ensure we win the White House in 2015. It’s time our nation got back on track. Too many Americans are unemployed or underemployed, health care costs continue to rise, and our national security faces new threats every day. Our team will do everything in our power to elect a Republican president, secure our majority in Congress, elect Republicans up and down the ballot, and leave our country a better place for future generations.”

Reince Priebus was elected Chairman of the Republican National Committee on January 14, 2011, and reelected on January 25, 2013 and on January 16, 2015. Priebus will become the longest serving chairman in modern history, serving a total of three terms. In his first term as Chairman, Reince oversaw a dramatic turnaround of the RNC, rescuing its finances, rebuilding the operations and implementing the best ground game effort the RNC had ever organized.

In his second term as Chairman, Reince made a commitment to taking the party’s message of freedom and economic opportunity to all states and all communities. By welcoming new voices and voters and harnessing the power of new technology, Reince led the RNC in building the infrastructure needed for a landslide GOP victory in the midterm elections. Chairman Priebus understands 2016 will bring new challenges, but he is determined to capitalize on the midterm successes while engineering new and innovative strategies to elect a Republican to the White House.

A successful chairman of the Republican Party of Wisconsin, Reince created the framework that brought about one of the most historic election cycles Wisconsin has ever experienced. During Reince’s tenure, Republicans in Wisconsin not only defeated Russ Feingold by electing Ron Johnson to the Senate, but they also gained two additional U.S. House seats, won the Governor’s office, took back both the state Assembly and the state Senate, while defeating the leaders of both of those chambers.

Reince has a long history in Republican politics, having served on his first campaign at the age of 16. Since then, he worked his way up through the ranks of the Republican Party of Wisconsin as 1st Congressional District Chairman, State Party Treasurer, First Vice Chair, and eventually State Party Chairman. In 2009, Reince served as General Counsel to the RNC, a role in which he volunteered his time to help manage the RNC’s most difficult challenges.

Sharon Day was elected Co-Chair of the Republican National Committee on January 14, 2011, and reelected on January 25, 2013 and January 19, 2015 respectively. From 2009-2011, she served as RNC Secretary, and she has served at the grassroots level of the Republican Party in Florida for more than 20 years. Sharon has been a member of the Broward County Republican Executive Committee since 1994 and State Committeewoman from Broward County since 1996. She has served as Florida’s National Committeewoman to the RNC since 2004, and she continues to hold that position today. During the election recount of 2000, Sharon played an important role by identifying and deploying Republican ballot counters in Broward County to ensure a balanced and transparent review occurred. Following that effort, she was appointed to serve on the Committee for Election Reform for the State of Florida by Governor Jeb Bush. In 2006, Sharon was elected one of eight members on the Site Selection Committee for the 2008 RNC Convention, where she was also selected as Chairman of the Convention’s Special Events. She was appointed to the Committee on Arrangements for 2008 and was instrumental in getting the 2012 Convention in her home state of Florida. Sharon was appointed to the Broward County Housing Authority, where she served as the Chairman, and has served as a Commissioner on the Florida Commission on the Status of Women. During her service to the Republican Party, Sharon has recruited numerous successful candidates and worked closely with party activists and supporters to spread the Republican message of fewer taxes, less spending and more freedom. In addition she has made opening the doors of our party to women and minorities a priority.

Tony Parker was re-elected to a third term as Treasurer of the Republican National Committee. He was also the Treasurer for the 2012 Republican Convention and served on President George W. Bush’s national finance team. Tony was the District of Columbia’s Republican National Committeeman from 2004 through 2012 and was a delegate to the 2000, 2004, 2008 and 2012 Republican Conventions. He was on the Committee on Contests at the 2008 Republican Convention. Mr. Parker is the founder and CEO of Parker Tide Corp., a government contracting company providing human resource, procurement and adjudication resources to the federal government, with projects in 12 states. Previously, Mr. Parker spent over 20 years practicing corporate and tax law. Mr. Parker is on the Board of directors of four NASDAQ companies and is currently the Chairman of the Audit Committee of all four of those companies. Mr. Parker is a Vietnam War Veteran (U.S. Navy), received his undergraduate degree from Harvard College and his J.D. and Master’s in Tax Law from Georgetown Law Center.

Susie Hudson was elected as the National Committeewoman from Vermont in May of 2008. She has served on the Technology Committee, Budget Committee, Executive Committee and served as the Recorder for the Rules Committee. She was also a former RNC staff member in the positions of Mid-West Legislative Political Director and Mid-West Regional Field Coordinator. She has attended six Republican National Conventions.