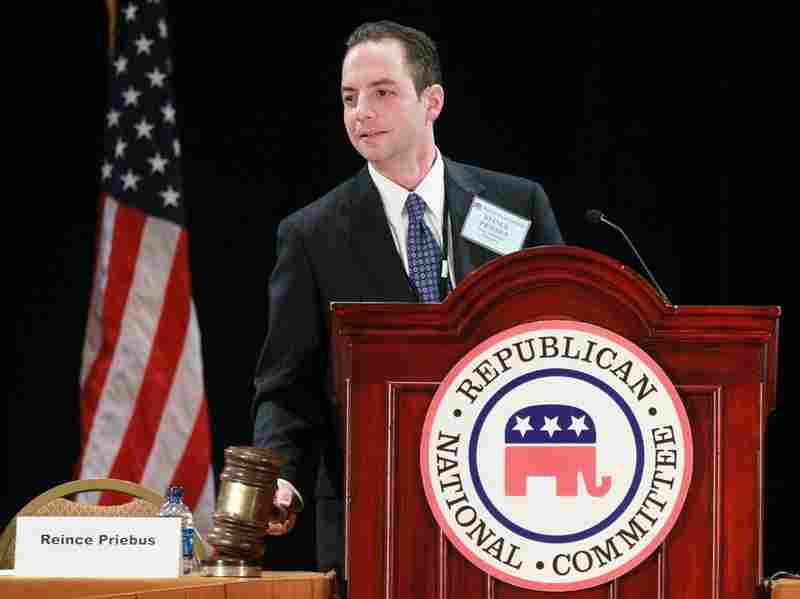 Thank you. Thank for your support. Thank you your vote to continue the work we started together. I look forward to two more great years, and I feel proud and blessed to serve as your Chairman.

We have more elections this morning, so I’ll try to keep this around 10 minutes. Or, as Hillary Clinton would call it, just a $25,000 speech.

First, 2014 was a historic year for Republicans, and the RNC made it possible.

And third, for the next two years, we’re going to be laser-focused on the White House—both its current occupant and the Democrats who want to occupy it.

Winning last November took a lot. It required an unprecedented investment in our field program—and a large and talented team. It meant using the best data we’ve ever had to guide the earliest voter-targeting operation we’ve ever deployed.

The RNC, as well as our sister committees and other groups, learned the lessons of the Growth and Opportunity Project. We adapted accordingly.

People doubted us. We proved them wrong. For 2016, I’m sure we’ll have doubters again. We’re going to prove them wrong again.

We will focus first and foremost on the things only the RNC can do: Laying the groundwork for our nominee, whoever that is. Preparing a debate and primary system that works for our candidates. Building and maintaining the best data file in history.

Only we can do that. The law says that only the RNC can raise resources and coordinate with Republican campaigns. No other groups, no other PACs, no other organization can do what we do.

As we learned last year, leading by example matters. We aggressively reached out to communities we hadn’t talked to in far too long. Others followed suit. Candidates who worked with us, won.

We also proved that we have to push back forcefully to defeat Democrats fake narratives, like their “War on Women.” Candidates who took that to heart won. And in some cases, Democrat candidates made fools of themselves. We have to do the same thing in 2016.

Of course, other groups are also out there promoting conservative ideas and the Republican message. And I’m glad there’s so much energy on our side that we have other people working to get Republicans elected. But it’s up to us, the RNC, to play the leading role. We’re the gold standard, and we’re going to set the standard even higher this year.

Our ground game has to be bigger.

Our data has to be even better.

Our engagement with minority communities has to continue.

Last cycle, we broke fundraising records. This cycle, we need to break more.

We don’t know who our presidential nominee will be. Despite what some say, we don’t choose the nominee. The delegates and voters do.

But we do have to make sure our process is sound and our debates are informative—and not a field day for the media. We do have to ensure the primary calendar makes sense and leaves us in a strong position. And we’ve done those things.

Now, we have to keep building the infrastructure. Because a nominee can’t do it alone. A good candidate is helpful. But winning the presidency is a team effort—and it’s up to the RNC to prepare now.

Preparing now something only the RNC can do. That’s not my opinion. That’s the law.

And that brings me to Democrats and the White House.

For the last four years, good bills that came from the House got stuck on Harry Reid’s desk. With a Republican Senate, those bills can get a vote.

So now it’s up to President Obama. Will he listen to voters and change course? Or will his desk be the place good legislation goes to die?

Republicans have to keep the pressure on him to listen to voters. But this is also why it’s so important to win the White House in 2016.

The good news is we have great potential candidates for president. Our voters are going to have a real choice. Leaders with diverse backgrounds and diverse experiences. We should be excited because this means real debates and real conversations.

I’d much rather have that than what the Democrats have. They’ve got one candidate ready to coronate herself and a sitting VP who’s been running for president since before I could vote.

Most Americans want something better. 71 percent say they want the next president to have an agenda different from Obama’s.  I can promise you, you’re not going to get something different than Obama with a member of the Obama administration.

So it’s up to us to make the case against the Democrat candidates that want to be Obama’s third term…whether that’s Hillary or Biden or Warren or someone else.

And by the way, the funny thing about Hillary Clinton is that the more people hear from her, the less they like her. In fact, in the last six years, her approval rating was the highest when she was out of the country and off the campaign trail.

People don’t like her so much now that she’s back home campaigning.

And let’s be clear: she is campaigning. She’s just found a way to get paid really, really well for it. For example, bilking cash-strapped public universities for a quarter million dollars to fly in on a private jet and give a speech about nothing. But, she still wants you to know she’s just your average “dead-broke” American.

We’re ready to show America that this country can do better than Hillary Clinton and Obama’s third term. Because the next generation deserves better.

It comes down to a question of what kind of country we want for our children.

If we want a country where opportunity is abundant, competition is thriving, and power is in the hands of the people—then we have work to do.

If we want a government that honors the Constitution, respects our tax dollars, and doesn’t intrude into our daily lives—then we have work to do.

And if we want a president who spends less and listens more—then we have work to do. We have to elect a Republican president.

We serve on this committee because we want what’s best not just for our party, but for our country.

But keep in mind 2016 could be a do our die moment for our party. I’m not one to be dramatic, but I want you to know I’m serious.

We’re feeling good after 2014, but midterms are our natural strength. We started out behind, but it was still like a home field advantage. Now we’re playing on their turf.

It’s difficult to keep up with the opposition when you don’t have the presidency; I can promise you that.  So what’s a party chairman going to say in 2017 to our donors and our grassroots if we’re looking at 12 years out of the White House?

We have to win. And we’re going to win.

So for almost everything we do, we have to ask ourselves, “Is this helping us win the White House?” The answer should always be “yes.” That is our number one focus. Too much is at stake. As Vince Lombardi is quoted as saying, “Success demands singleness of purpose.”

I’m still here as your Chairman because I believe in what we’re doing. It’s not glory, it’s a grind. This is still a work in progress, and I want to finish the chapter with you.