Georgia voted for George Washington for President on January 7, 1789. Technically, they elected Presidential Electors who would later meet in Augusta and cast their ballots for Washington.

On January 7, 1795, Georgia Governor George Matthews signed the Yazoo Act, passed after four land companies bribed members of the General Assembly to vote for legislation selling more than 35 million acres of land for less than 2 cents per acre.

Georgia Congressman Newt Gingrich (R) was re-elected Speaker of the U.S. House of Representatives on January 7, 1997. In the election for a second term, nine Republicans voted against the incumbent Speaker.

Many folks consider the Stewart v. Raffensperger matchup a continuation of the years-old rivalry between City Council factions that support or oppose the Mayor. If that’s the case, watch for the next four weeks to be heated.

Congratulations to Lynne Riley, who vacated that State House seat – not only will she add “Commissioner, Georgia Department of Revenue” to her resume in the coming days, she has also added the title “Grandmother” with the arrival of a beautiful granddaughter.

Trey Rhodes punched his ticket to the runoff by taking more than 50% in Greene County (1324 of 2491 votes), while Copelan took more than 60% (803 of 1340 votes) in the less-populous Putnam County. The runoff contest will be based on who can most effectively turnout their geographic base, and I’d say that the numbers look better for Rhodes, but anything can happen in a runoff.

Yesterday, John Boehner (R – “Go Buckeyes”) was reelected Speaker of the House in what is obviously a foreshadowing of the whipping The Ohio State University Buckeyes are going to unleash upon the Oregon Ducks. In cruising to victory, Boehner shed 12 GOP votes, though every Georgia Republican voted for Boehner.

FiveThirtyEight.com ran the numbers and Speaker Boehner took 94.8% of GOP votes in the Speaker’s race – this compares to 96% for Speaker Gingrich in his 1997 reelection.

Newly-sworn in Congressmen Jody Hice (R-GA-10) and Barry Loudermilk (R-GA-11) both said during their campaigns that they would either “support new leadership” in the Chamber (Hice) or “will not support Boehner as Speaker” (Dan McLagan for Barry Loudermilk. Both freshmen voted against Boehner in a November GOP Caucus voice vote to nominate the Speaker. Each released a statement on his reasons for voting to reelect Boehner yesterday.

“[W]hen the Republican Conference met in November to elect our Leadership for the 114th Congress, I voted against nominating John Boehner to be the Republican nominee for Speaker. I was one of three out of 247 members of the Republican Conference to do so. I felt extremely disappointed that many of my conservative colleagues did not join with me in what was our only opportunity to nominate a conservative to represent us on the Floor in January — who could then marshal 218 votes against Nancy Pelosi.”

“Instead, a challenge did not occur until 2 days before the election of the next Speaker of the House when gaining 218 votes was not possible. I truly regret that a proper campaign was not waged, with the issues fully debated, that would have allowed a conservative to prevail in November, yet I huddled with fellow conservatives up until 10 minutes before the House was called to order.”

“Without a pathway to victory, I used what leverage I had to convey my principles directly to the Speaker while receiving his assurance that he would use the strength of our Majority to advance conservative solutions. I also received assurances from other conservative Members I was engaging with that if the Speaker does not fight with us, that they would join me in replacing him this Congress.”

This past November, Congressional Republicans were given the opportunity to nominate a candidate for Speaker of the House, yet no one stood up to present a viable alternative. When Republicans chose our nominee, I was one of three who voted for new leadership. However, nearly two months later, we still were not presented with another serious candidate.”

“Moving forward, I strongly encourage Speaker Boehner to listen more closely to the voices of the conservative electorate who sent members like me to Congress. Unlike any other time in America history, we are facing an unprecedented era of government overreach and power and must remain focused on the issues at hand: reducing our national debt, protecting our homeland security and preserving liberty for future generations,”

“The relocation of Mercedes-Benz’s U.S. headquarters to Georgia is a huge win for our state,” said Deal. “This internationally renowned company is a pioneer in the automotive industry and I’m confident that its legacy of high-quality, innovative products will continue with the help of the Georgia’s pro-business environment and strategic resources. Much like the many other global companies headquartered here, Mercedes-Benz will find that Georgia’s community-based, community-driven support will benefit its employees during this time of transition.”

“I look forward to building upon our new partnership in the years to come, and I thank Mercedes-Benz for entrusting its future success to Georgia.”

New Jersey is not amused: 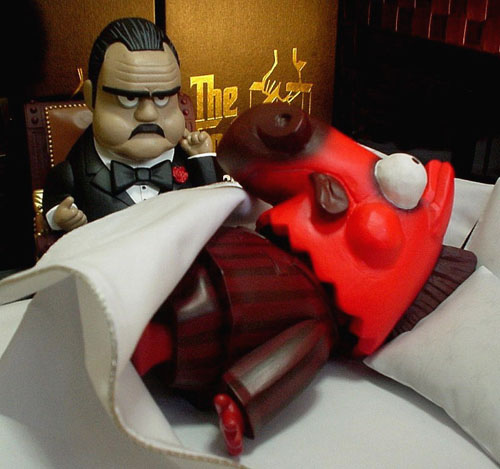 NewJersey.com wrote of the announcement:

Last year, Governor Christie made three visits to Georgia as chairman of the Republican Governors Association, campaigning for Gov. Nathan Deal in his reelection bid and praising him for pro-business policies that helped grow the state’s economy.

On Tuesday, as Mercedes Benz USA announced plans to leave Montvale and move to Atlanta, it’s hard to imagine this is what Christie had in mind.

Georgia was one of many states Christie visited to campaign for Republican gubernatorial candidates last year, and one of 11 states he visited in the days leading up to the election. Also last year, Christie praised Deal after the CNBC financial news network named Georgia the top state in the nation in which to do business.

In a statement on the RGA website, Christie said the ranking proved Deal’s “ambitious vision” and “pro-business policies” have been working and “reinvigorating job creation and new business development.” Christie added that he expected Georgia to “continue to grow in strength and competitiveness.”

Also yesterday, Coca-Cola unveiled a bottle design to commemorate the inauguration of Gov. Deal next week. 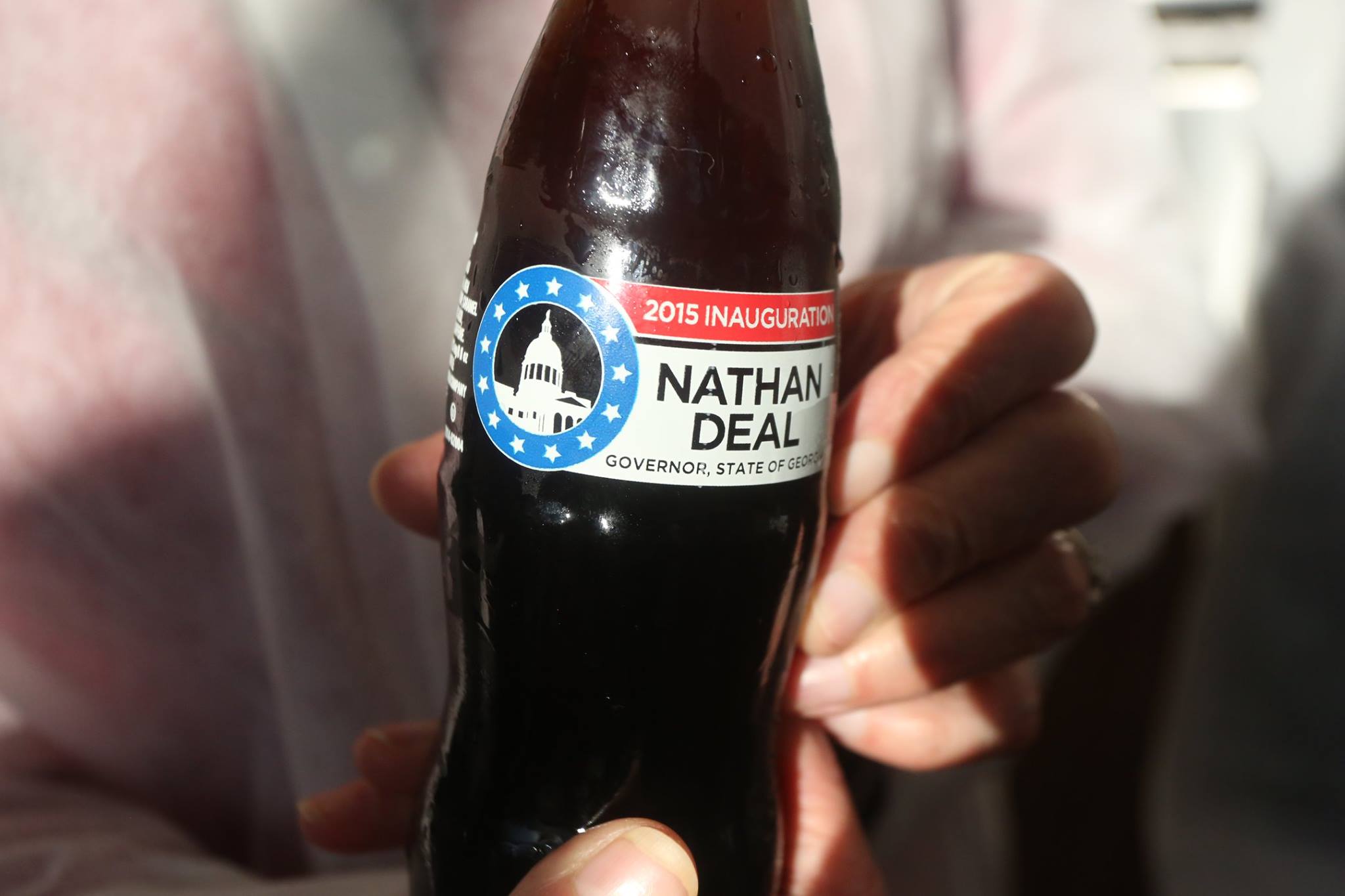 Gov. Deal was on-hand at the Coca-Cola Marietta Production Facility as the first bottles rolled off the line.

“Growing up, it was more about where the bottle was from than what was on the label,” Deal said. “”Coca-Cola has a great tradition in Georgia and has been part of my life since childhood. Thank you for this honor.”

“The Coca-Cola Company has a tradition of creating commemorative bottles for inaugurations in our home state,” said Clyde Tuggle, Senior Vice President and Chief Public Affairs and Communications Officer, The Coca-Cola Company. “This bottle is a way for Coca-Cola to join Georgians in celebrating Gov. Deal’s inauguration in the same year we celebrate the 100th anniversary of our iconic Coca-Cola bottle.” 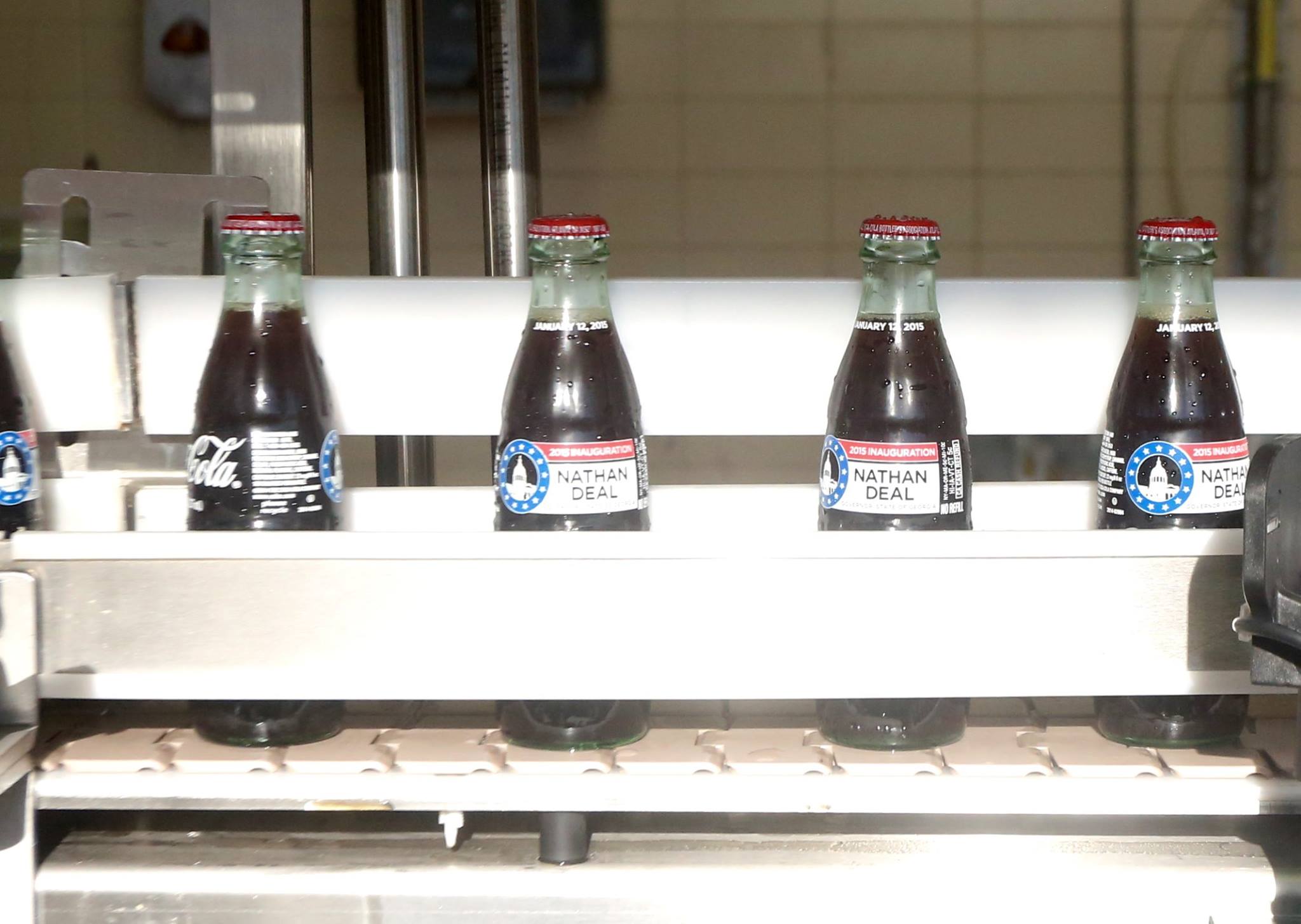 Am I the only person who is unable to see a bottling line without thinking of the opening of Laverne and Shirley? 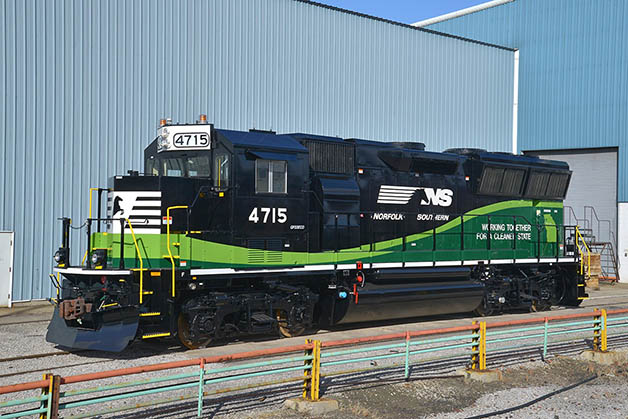 Norfolk Southern Corporation yesterday unveiled a new rebuilt locomotive called the GP33ECO, the first of what is planned to be a fleet of 25. If you look closely at the photo above of locomotive 4715, you’ll see the long hood has a picture of Georgia at the end under the dynamic brake radiators, and something in North Georgia is highlighted.

What’s most interesting about this locomotive from a political standpoint, is that it was paid for by nearly $900,000 taxpayer dollars from the federal Congestion Mitigation and Air Quality (CMAQ). From the NS press release:

The first emissions-friendly locomotives funded by the federal Congestion Mitigation and Air Quality (CMAQ) Improvement Program have been released for road testing by Norfolk Southern from its Juniata Locomotive Shop in Altoona, Pa.

The first two GP33ECO switching locomotives – of a total 25 partially funded by CMAQ for production by Norfolk Southern – sport a distinctive paint scheme that reflects their environmentally friendly mission. After in-service testing in the Altoona area, they will be permanently assigned to their respective grant award areas of Chicago and Atlanta.

Funding for the locomotive to be used in Georgia (on Norfolk Southern’s Atlanta Terminal) was awarded by the Georgia Department of Natural Resources Environmental Protection Division.

Dedication ceremonies will occur in the months to follow.

I don’t blame a private company for taking all the government money available to it, especially when it’s partly to pay for programs that the Feds have imposed on the industry mandating lower diesel emissions. Likewise, I don’t blame anyone who takes the Georgia tax credit for buying an electric car.

But I do question the policy of Georgia’s EV tax credit which makes Nissan Leafs nearly free to buyers and lessors, as well as the wisdom of a federal program that gave nearly $900,000 to a company whose latest revenue numbers show three straight years of $11 billion plus in annual revenues.

To give you an idea of the scale of the two programs, here are the total cost of the EV tax credit in recent years: